10Listens: KUB phone scam 'one of the most elaborate' to hit our area

Scammers using KUB's phone number and spoofing their audio recorded menu are telling people their payments are behind and their power will be shut off immediately. 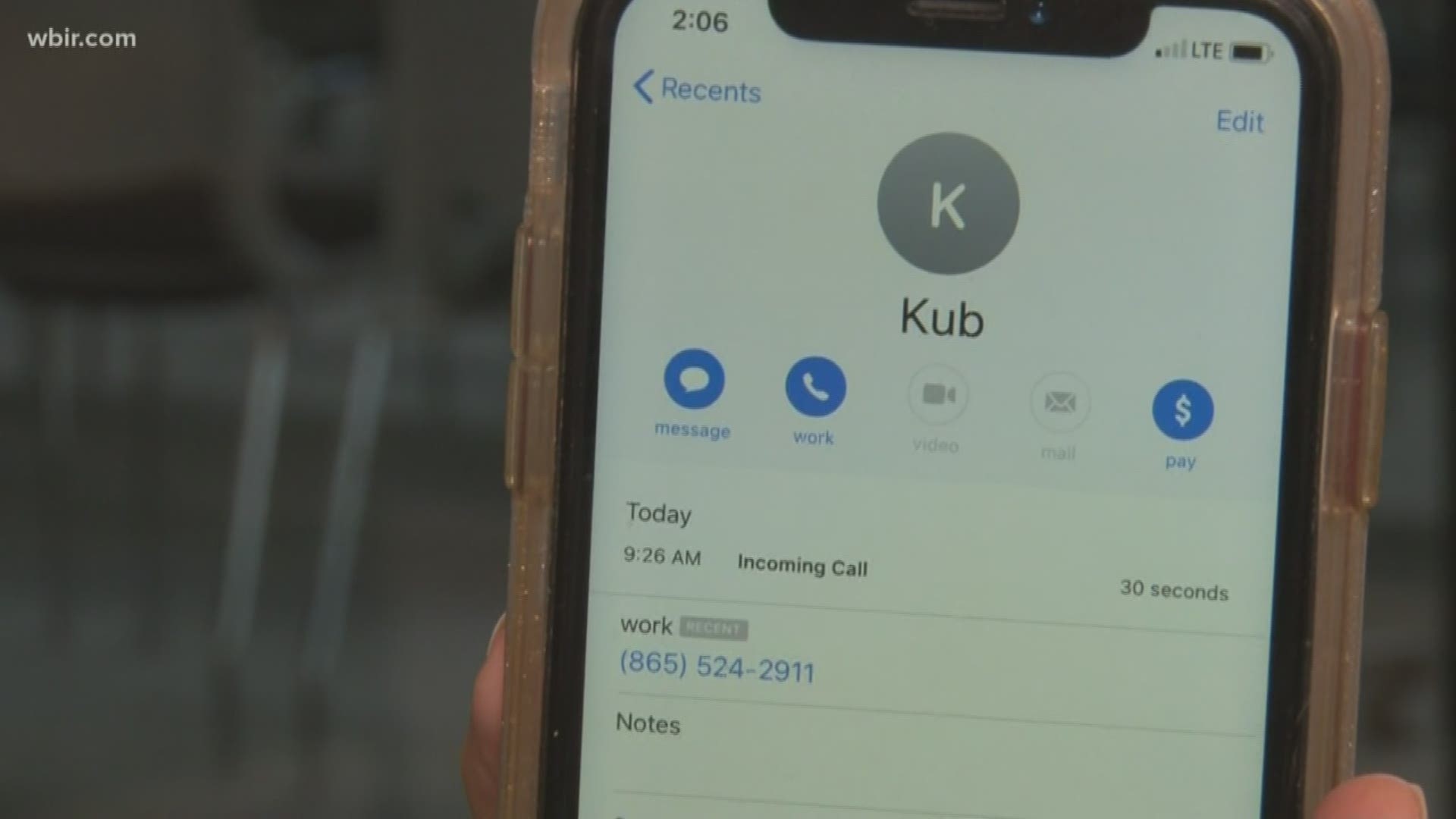 "As long as these scammers can get enough people to give them some money then they'll continue to do what they do," said Tony Binkley, president and CEO of the Better Business Bureau (BBB) of Greater Knoxville.

Scammers are using KUB's phone number, they've spoofed their phone menu recording and it's all to trick people into thinking they haven't paid their bill.

Binkley said this specific KUB scam is one of the most well thought out and elaborate scams he's seen in the area.

RELATED: Getting more spam calls? Here's how to protect yourself from becoming a victim

KUB said this kind of scam is common.

"Usually what happens is someone calls pretending to be KUB, they demand payment to avoid having your services shut off," said Stephanie Midgett with KUB Communications.

"I looked at my phone and it said it was from KUB and so I answered because KUB never calls me," she said.

Kidwell had KUB's number saved in her phone. She's a realtor and has it on hand for her clients.

But KUB wasn't actually on the other end of that call.

"They said I was late on the payment and they were going to cut my electric off if I didn't make the payment," said Kidwell.

She was then directed to an 800 number to pay her bill.

"When I called the number it said 'you've reached KUB' so I really thought it was legit," she said.

Kidwell didn't make any payments and called KUB's main number, all to find out it was a scam.

"They're preying on any and everyone and even I, I feel as though I'm a pretty aware consumer and don't fall for that but this time I did and I was really sweating bullets over it," said Kidwell.

KUB said it will not call you.

"We are not going to call you via phone to demand payment to avoid shut off," said Midgett. "Any notification of shutoff for non-payment is going to happen on your bill and then with a pink door hanger delivered to your house."

Binkley said while this scam was well thought out and easy to fall for, there were still red flags.

"If they're trying to get you to give them money or a gift card on that phone call, you shouldn't trust it," said Binkley.

Kidwell is thankful she didn't trust it and hopes others don't fall victim.

If you receive this call, KUB asks you to report it to the utility so it can work to block the scammers before they reach more people at (865) 524-2911.