At 38, Beth Haynes' biological clock was ticking. She began several years of fertility treatments, months of in vitro fertilization with a lot of fertility drugs. 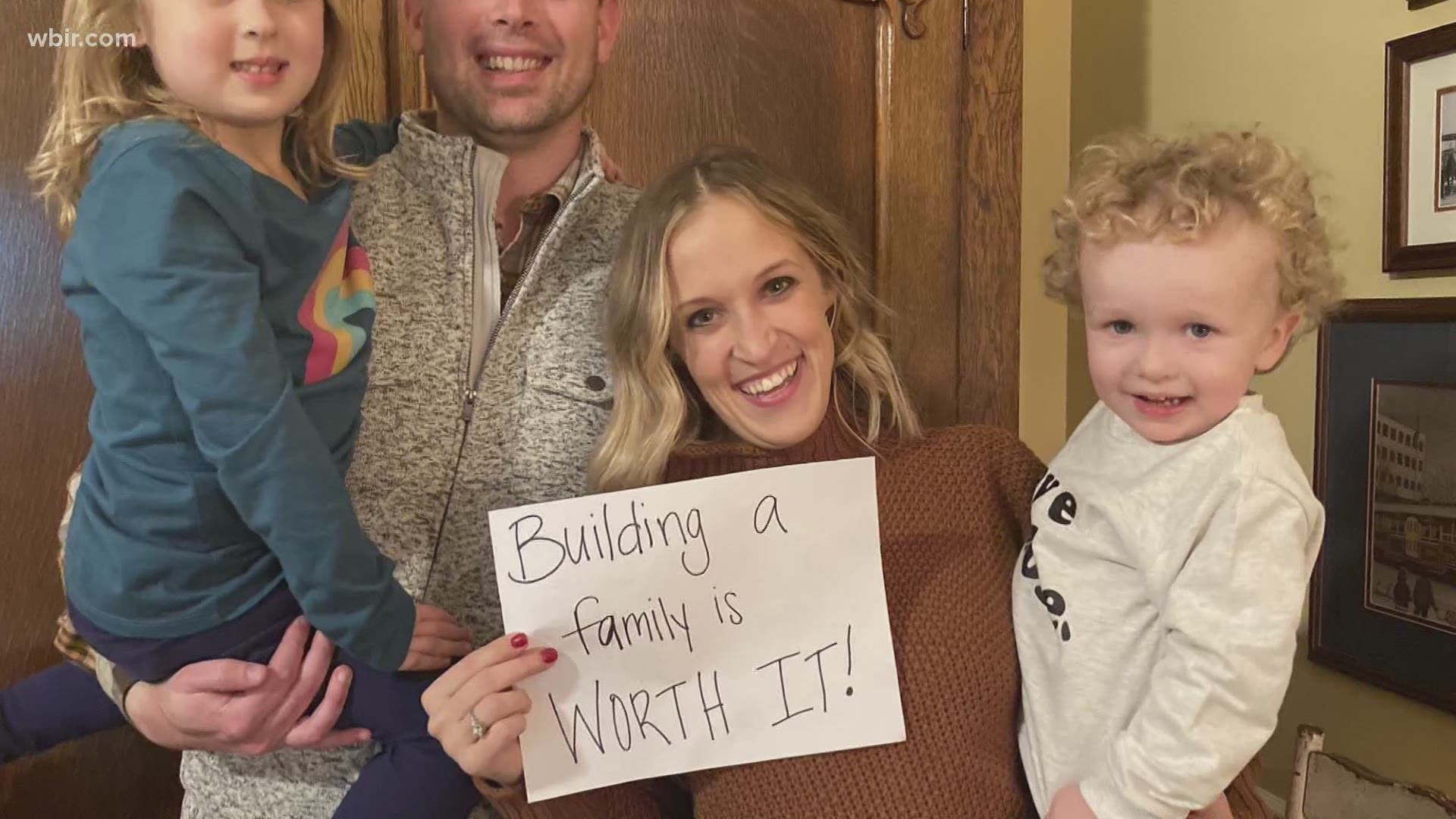 I prefer to tell stories about other people, but for about a year, I've had this nagging desire to give infertility attention on WBIR. My husband and I have tried for several years to have a baby. Yes, we are that 1-in-7 statistic that struggles with infertility. I turned 40 in February. Instead of asking God why, I began asking 'how?' And now, helping others makes sense of my pain.

I chased my dream career, waited to marry Mr. Right, and just like the playground song, expected the baby carriage to naturally follow. But, it didn’t.

“I think the biggest issue we were dealing with was your advanced age. Your ovarian function, although it wasn’t real low, it was kind of border line,” Dr. George Hill of Nashville Fertility Center said.

RELATED: Infertility a harsh reality for many couples

At 38, my biological clock was ticking. I began several years of fertility treatments, months of in vitro fertilization with a lot of fertility drugs. I had to give myself multiple injections, often times just before I went on the air. I also made several trips to the Nashville Fertility Center.

“You responded reasonably well to the stimulation, and I know we had two embryos to transfer in two cycles,” Dr. Hill told me. But no pregnancy, no baby. “We just didn’t get over that hump of getting one of those to implant,” Hill said.

My husband shouldered much of the burden and his own pain and disappointment.

“When it works it’s the best thing in the world. And, when it doesn’t work, it’s devastating for these patients who have done so much to try to get to that point, Tina DeBoer said. She was my IFV nurse and saw me at my weakest.

“I have been doing this since 1991. And you still hang up the phone, put your head down and say, ‘I can’t do this,’” DeBoer said. “It’s a very difficult thing to know you are taking away somebody’s dreams by telling them it didn’t work.”

“I have not given up on you,” Dr. Hill told me. While he hasn’t given up, I have given up the dream of having my own child. God has blessed me with two unbelievable children. No, they’re not biologically mine, but I absolutely love them as my own. And I’m choosing to focus on them and not what I don’t have.