Driving You Crazy: 2 Knoxville intersections among top 10 most-run red lights in the country

According to AAA Foundation for Traffic Safety, at least two people are killed every day by people running red lights in our country. 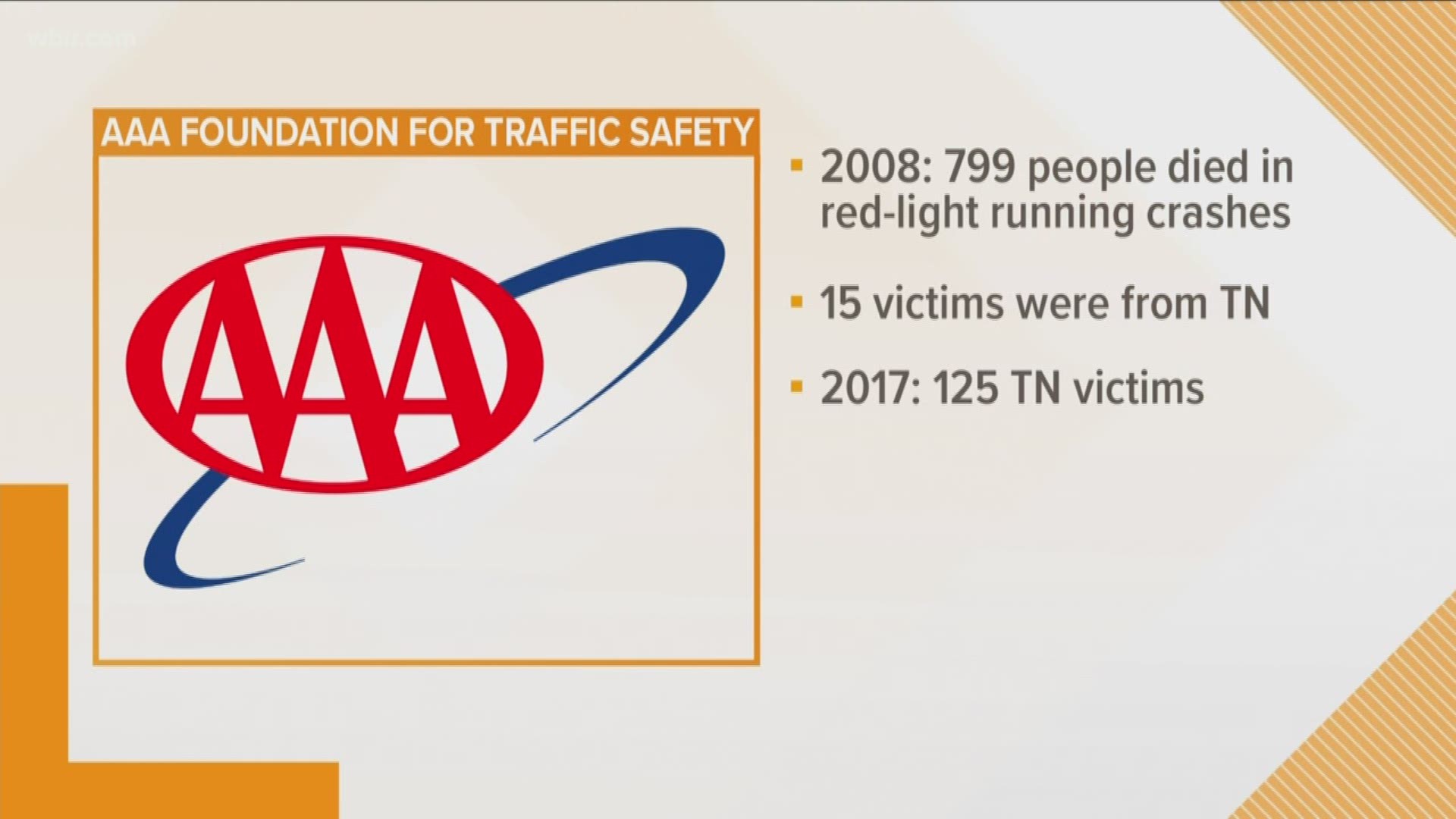 KNOXVILLE, Tenn. — On this Driving You Crazy Monday, 10News is taking a look at two intersections in East Tennessee that topped a national list for most-run red lights.

A study conducted by Verra Mobility, a global smart mobility company, found that the intersections at Western Avenue at the I-640 and I-75 southbound off-ramp and at Chapman Highway at Stone Road in Knoxville were two of the worst across the country for red light-runners in 2018.

939 people died in crashes that involved running a red light in 2017, a new study from the AAA Foundation for Traffic Safety reports.

It's a number that has grown over the years.

David Mast, a spokesperson for Verra Mobility, said the company studied red light-related crashes in the U.S. in 2018.

During the study, Mast explained they tracked more than 2,000 intersections with red-light camera.

10News cross checked the data with the Knoxville Police Department.

KPD spokesperson Scott Erland said officers issued more than 53,000 citations in 2018 based on video evidence from the 19 red-light camera systems across the city.

Other states that made the top 10 list include Florida, Texas, Louisiana and Colorado.