The old bridge was replaced with a new 52-foot wide, steel bridge. 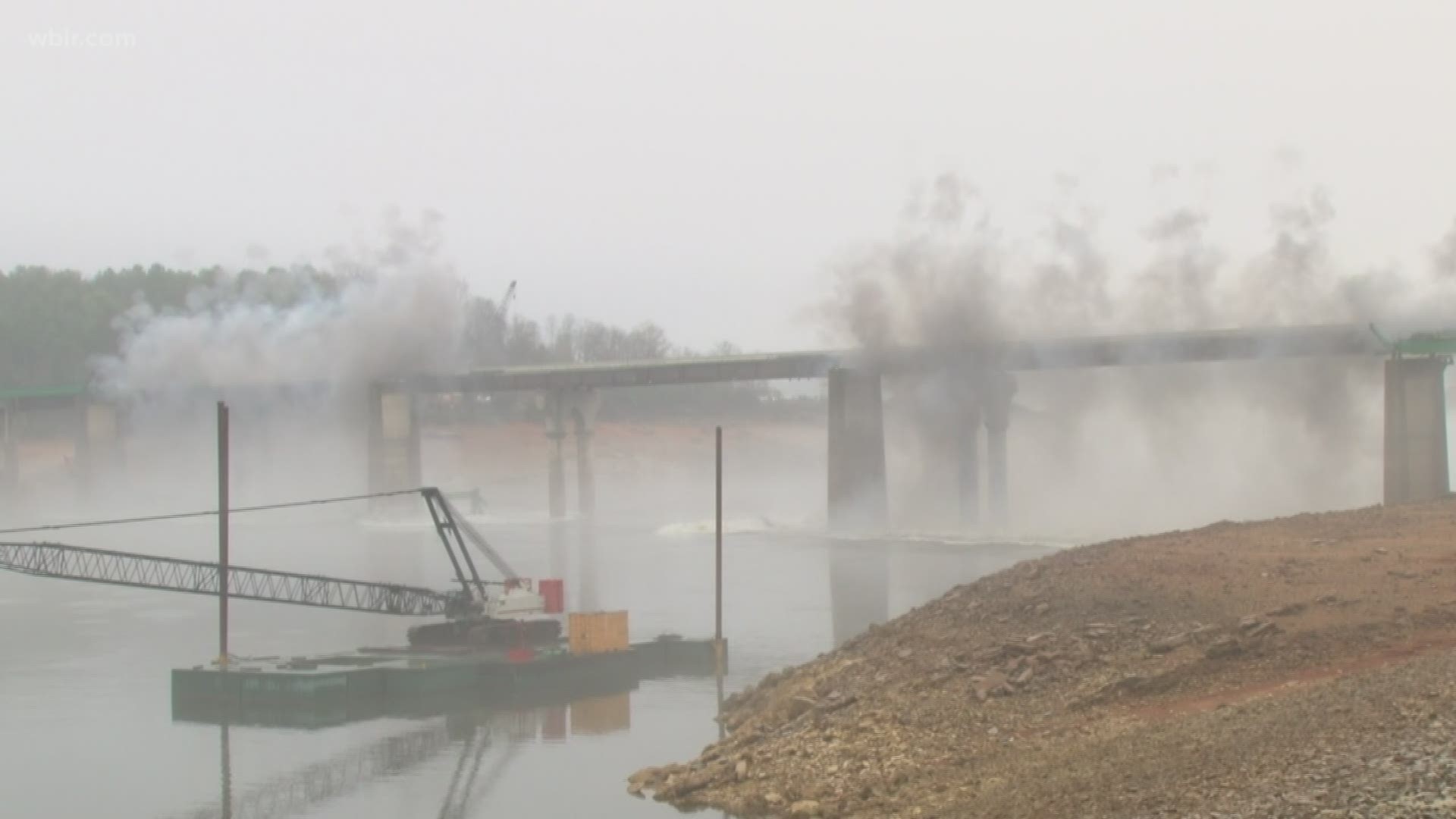 The bridge is a critical connection between several communities. Without the bridge, people south of the lake would drive an additional 15 to 20 miles to access the next closest bridge.

According to TDOT, The Point Resort Marina and TVA public access generate a significant amount of heavy vehicle traffic that relies on the bridge to cross the river.

According to TDOT, the old bridge had several safety problems. The lanes were too narrow for large trucks and school buses to pass.

The old bridge was replaced with a new 52-foot wide, steel bridge. It has two 12-foot travel lanes, 10-foot shoulders and, and a 5-foot sidewalk. It's a much wider area for traffic.

The original green bridge was built in the 1940s during World War II.

The decision to demolish the existing bridge was a hard one for many in the community. Many folks in town believed a safer and wider bridge was needed, but residents wanted to somehow preserve the history of the structure.

Ultimately, the city's iconic green bridge was demolished in 2017.

“It happened so fast,” said resident Jack Hasty. “It's amazing how long it takes to build something like that and then within a second it's in the lake.”

A new bridge opened up next what remained of the old structure in October 2017, while construction continued. The bridge was completely demolished in November 2017.