127-year-old church finally gets its steeple, thanks to great grandson of founder 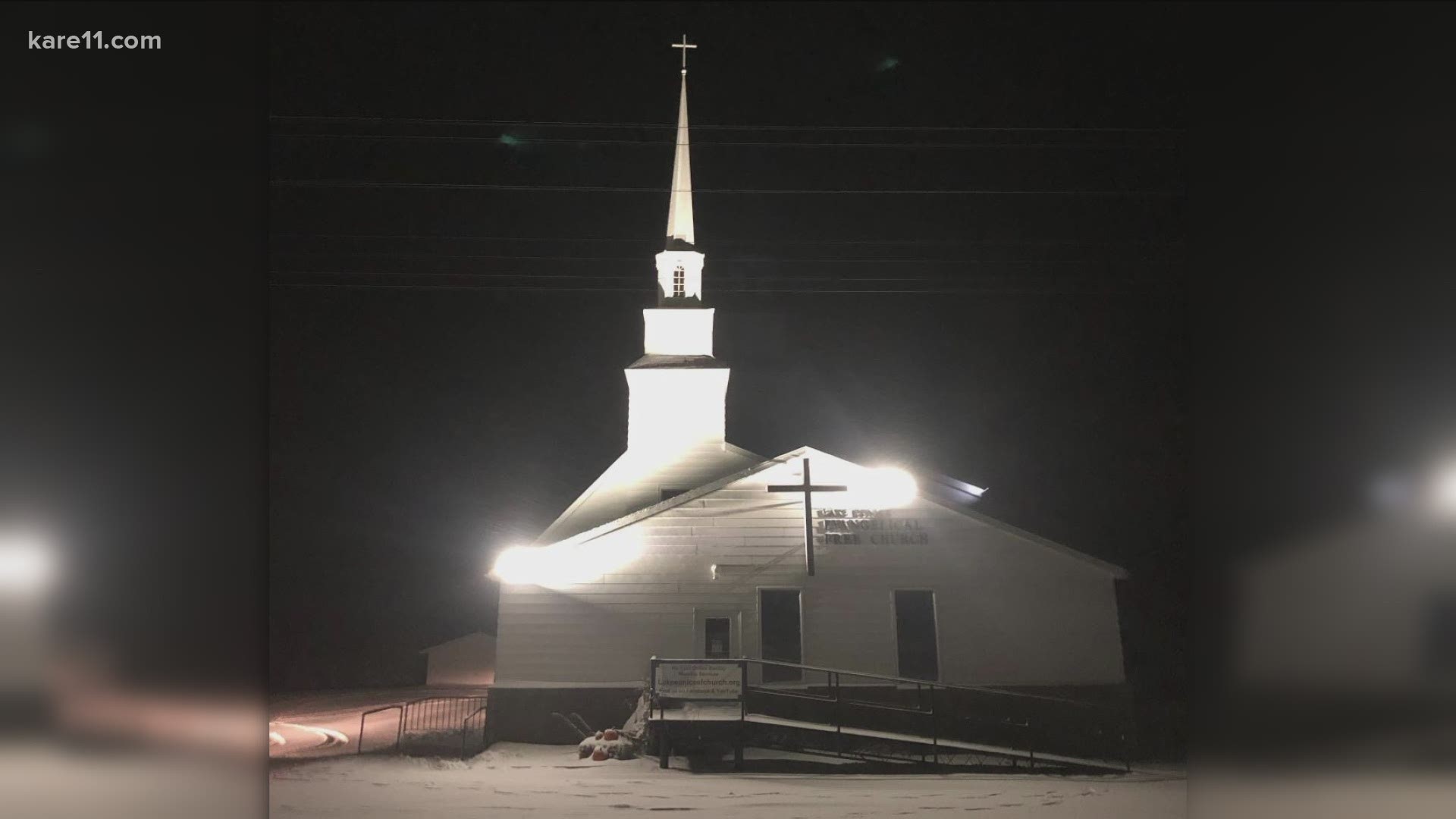 Simple and pretty, Lake Eunice Evangelical Free Church was Norman Rockwell classic - in every way but one.

“I said, ‘This church needs a steeple,’” the pastor recalls.

The country church near Detroit Lakes just got its steeple, thanks to a family connection dating back to the building of the church 127 years ago.

“It’s what happens when you’re sitting at home quarantined with the COVID and you start thinking of things,” Larry Backlund said.

Holstad was the Swedish immigrant who carved out several acres of his homesteaded land, then donated his own lumber and labor to see that the new church was built.

Holstad passed away in 1920, so Backlund never had the opportunity to ask his generous great grandpa why he stopped short of a steeple.

But, like everyone else, Backlund wondered. “I thought since I was a little kid and lived here, that looks like it should have a steeple up there.”

Now retired and living in the northwest metro of the Twin Cities, Backlund turned his thoughts into action.

He emailed Robins his offer.

Backlund was willing to pay for steeple.

The pastor began he response with a single word.  “Wow.”

In May, Backlund drove to the church with a hand-drawn sketch of a steeple on top of the church.

Encouraged by the response from church leaders, he was back two months later to meet with the entire congregation.

Backlund remembers hearing gasps when he projected a rendering of their church adorned with the new steeple.

Robins said it was love at first sight.

“Everybody just thought, five minutes ago I was fine, and now I can’t hardly wait for it to happen.”

The pastor said the important work of the church goes on inside the building, but the steeple will serve a heavenly purpose too.

“We always consider our church a light for the community and that’s going to be a physical light up there that people are going to see for miles around,” Robins said.

Backlund chose a company in Texas to build the 36-foot steeple constructed of steel and fiberglass.

Members of the Lake Eunice congregation signed the inside of the steeple.

Credit: Chad Nelson, KARE
Volunteers steady the new steeple as it's lifted by a crane.

Then, on a foggy morning in September, a crane lifted the steeple into place.

Church members, some who arrived before dawn, sat in lawn chairs in the cemetery across the road, singing hymns and watching the spectacle.

“It just looks like it should be there,” Merilee Ottoson said as the steeple settled into place on top of the church.

Backlund couldn’t hide his glee as he stood with the rest of the congregation, a few feet from his great grandpa’s grave.

“I have to believe he would happy,” he said. “He would be smiling.”