"This is the most crowded I've ever seen it." 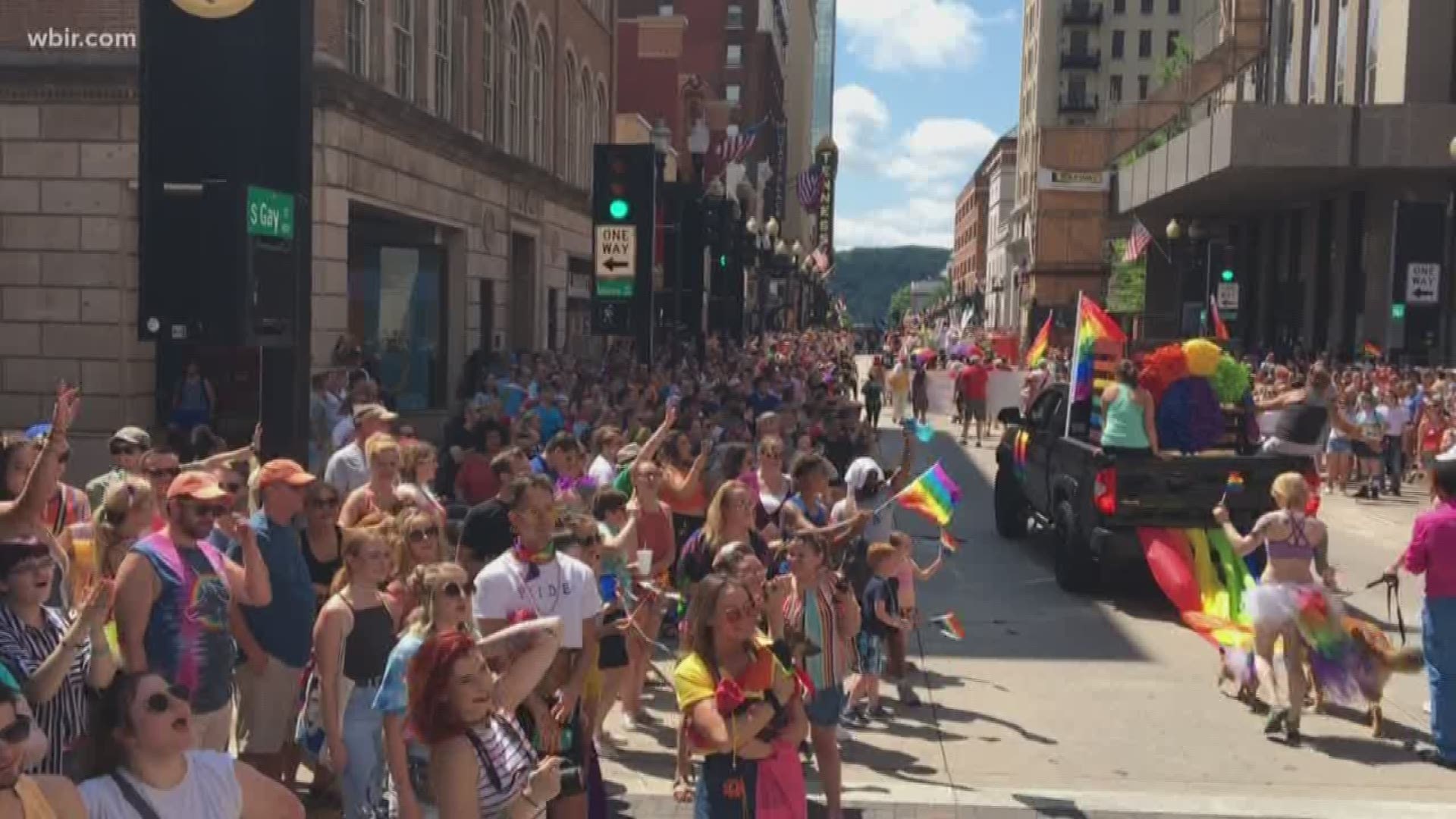 All the colors of the rainbow filled Gay Street Saturday morning as the annual pride parade made its way through downtown.

Thousands packed the streets and followed the procession to the Mary Costa Performance Lawn next to Knoxville Civic Coliseum for PrideFest.

This is the 13th year Knoxville officially celebrated the festival.

"This is the most crowded I've ever seen it," attendee Zack Plaster said .

Compare that to the first pride gathering about 25 years ago; there weren't too many people there.

"[About] 30 or 40," remembers Richard Hughes, who attended the inaugural event. He's watched the event grow bigger every year since then.

Many people in attendance said the growth shows more acceptance for the LGBT community in East Tennessee.

"It's just really incredible to see how diverse our community is and to be able to come together and celebrate just our differences, our similarities, and the progression that we're all making," Plaster said.

Of course, not everyone agreed with the message the parade meant to spread. Some protestors did show up to the parade.

"They're yelling and we yell louder," Plaster said.

Any hate was brushed off as an estimated tens of thousands of people celebrated pride across the United States.

"I think everyone should have the right to love who they want to love and I think it's awesome that we're coming together to celebrate people's differences," said festival-goer Victoria Brooklyn.

Hughes leaves some advice to people celebrating their first pride.