Millions of 17-year cicadas are starting to emerge from the ground in neighboring states. East Tennessee is on the insects' calendar for 2021. 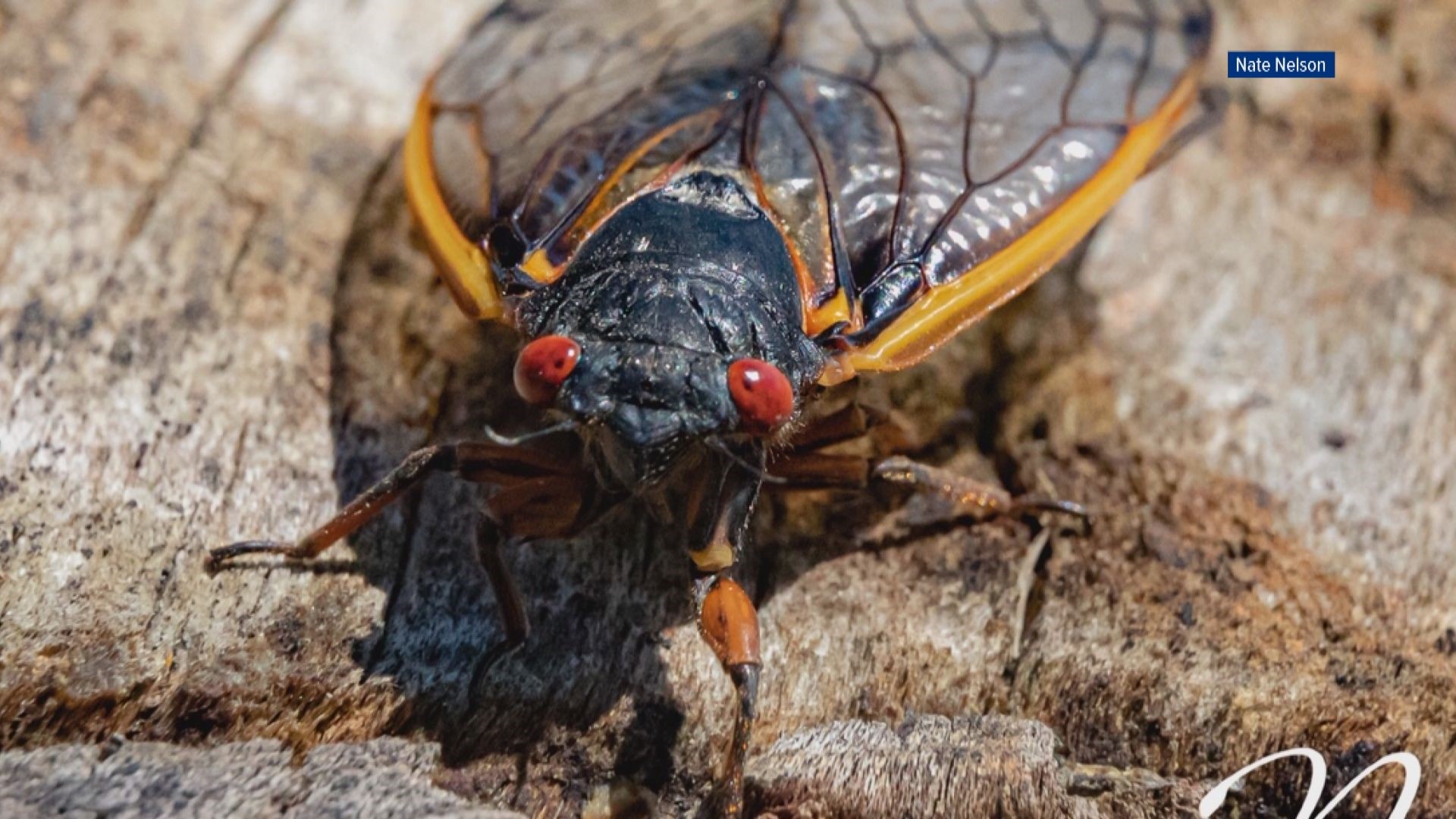 KNOXVILLE, Tenn. — As if people weren't already dealing with strange times, now millions of 17-year cicadas are starting to come out of the ground in western parts of Virginia and North Carolina.

East Tennessee is on the calendar for the insects' noisy mating routine in 2021 starting in late-April and ending in early-June.

Periodical cicadas spend 17 years underground feeding on roots before emerging, molting, mating, and dying in the final few weeks of their lives.  The last time their routine reverberated in Knoxville was May 2004.

Cicadas rattle for romance. The archives from WBIR in 2004 show people complaining the insects sound like disaster sirens.

Credit: WBIR
Map showing the counties in East Tennessee in yellow where 17-year cicada Brood X will emerge in 2021.

When you've been cooped up underground for 17 years, you should probably change before looking for a mate. The cicadas molt and leave the place littered in their old exoskeletons. After a few days of letting their new skeletons harden, they get down to their noisy business.

RELATED: July 2017 - What insects are you hearing? Some sounds of summer in East Tennessee

Cicadas make a tremendous racket, but do not sting or bite. They're also don't chow down on your plants.

What you will find is pets eating cicadas.

Veterinarians take lots of calls from people concerned when their dogs eat every cicada in sight. Cicadas are not toxic, but vets told WBIR in 2004 the insects' wings and harder body parts can become trapped in the throat and cause dogs to gag and retch.

Cicadas aren't just for the dogs. People will inevitably have some kind of bug buffet with cicadas on the menu. WBIR reporter Ken Schwall consumed some crunchy six-legged snacks in 2004.

If this 17-year routine is not the return to normal you find appetizing, the cicadas don't stick around long.  After a few weeks of noise, they lay eggs and die.

Eggs hatch around 10 weeks later and the newborns burrow underground. That's where they'll stay until the next alarm sounds like clockwork in 2038.