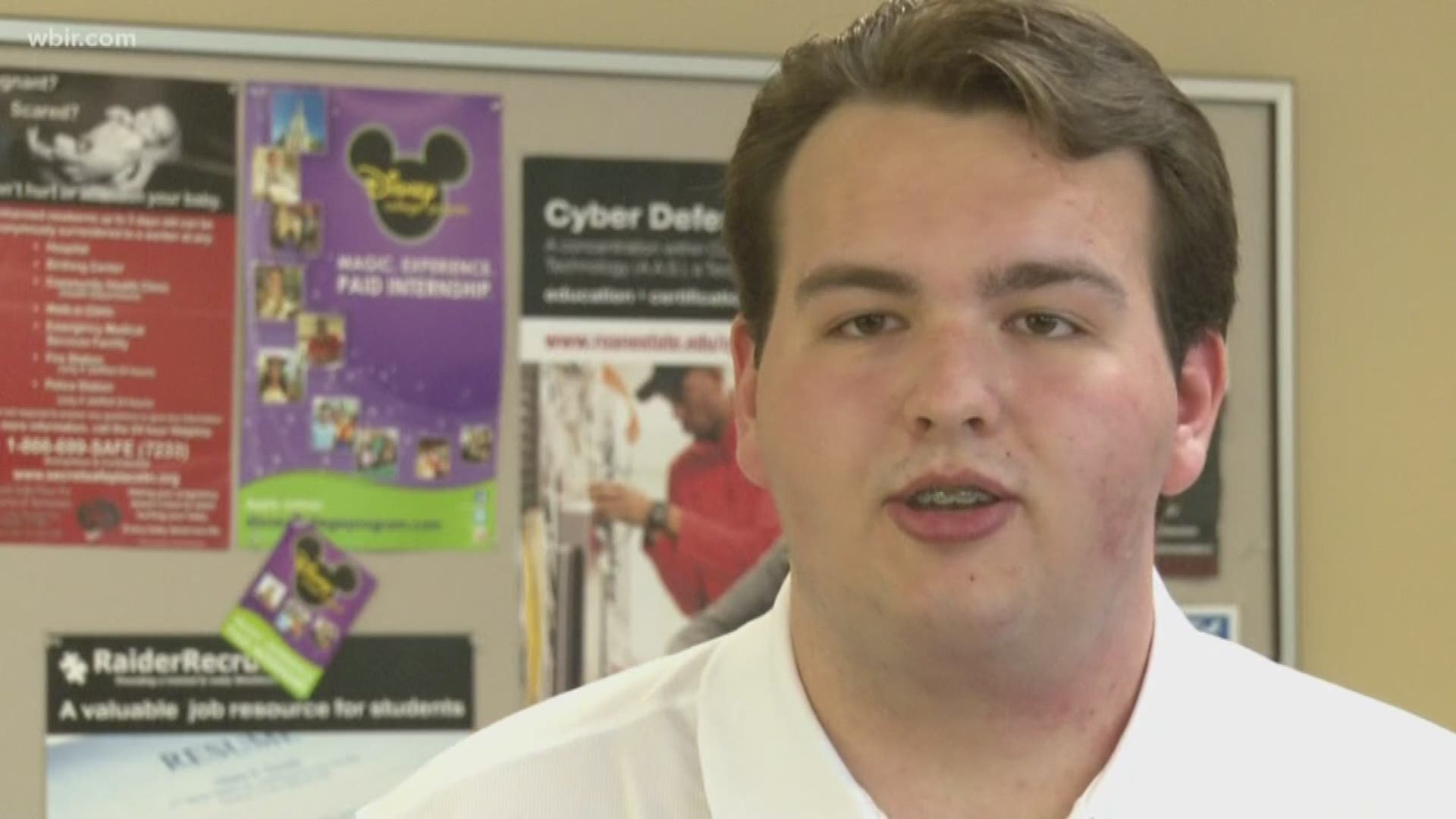 "I have classes at all different hours of the day," he said.

When he leaves class and heads to the Morgan County Courthouse, things change.

"I'm a county commissioner for the 6th district," he said.

Using his young age as reason to vote for him, Anderson garnered support from those who elected him to the Morgan County Commission last fall while he was still a senior in high school.

RELATED: Greatest head count in US history is nearly ready for launch

"Everyone says that they want younger people in government, so I gave them an option and they went with it," he said.

As a commissioner, Anderson created and heads the Litter Committee for the county, a problem he wants to fix. He's not in it alone, though. Anderson said Morgan County's other commissioners are guiding him through his first term.

Anderson is serving his four-year term while attending school at Roane State Community College. He chose that school so he can be closer to the people he serves.

"I wanted to try to help my community before I leave," he said.

Early in his first semester, he was tapped to be SGA president.

He sits in classes with students and teachers who voted for him, working for them both on and off campus.

"Whenever I'm in a classroom, I am at that moment a student," Anderson said. "I don't look at myself as a county commissioner or even the SGA president. I'm just there trying to learn and get an A in the class."

Anderson will be a junior when his term is up and is unsure if he'll run for re-election.

"Even though I'm a county commissioner and I've accomplished a lot so far, sometimes you don't know what life's gonna throw at you, so I'm just waiting to see," he said.

Anderson will transfer to a four-year university after two years at Roane State. He wants to study political science at the University of Tennessee or Tennessee Tech.

For now, though, he just wants to make his home a better place.