Ariel's mother posted some good news, saying she was 'one happy mama' that they are heading to a Georgia hospital for the next step in her recovery. 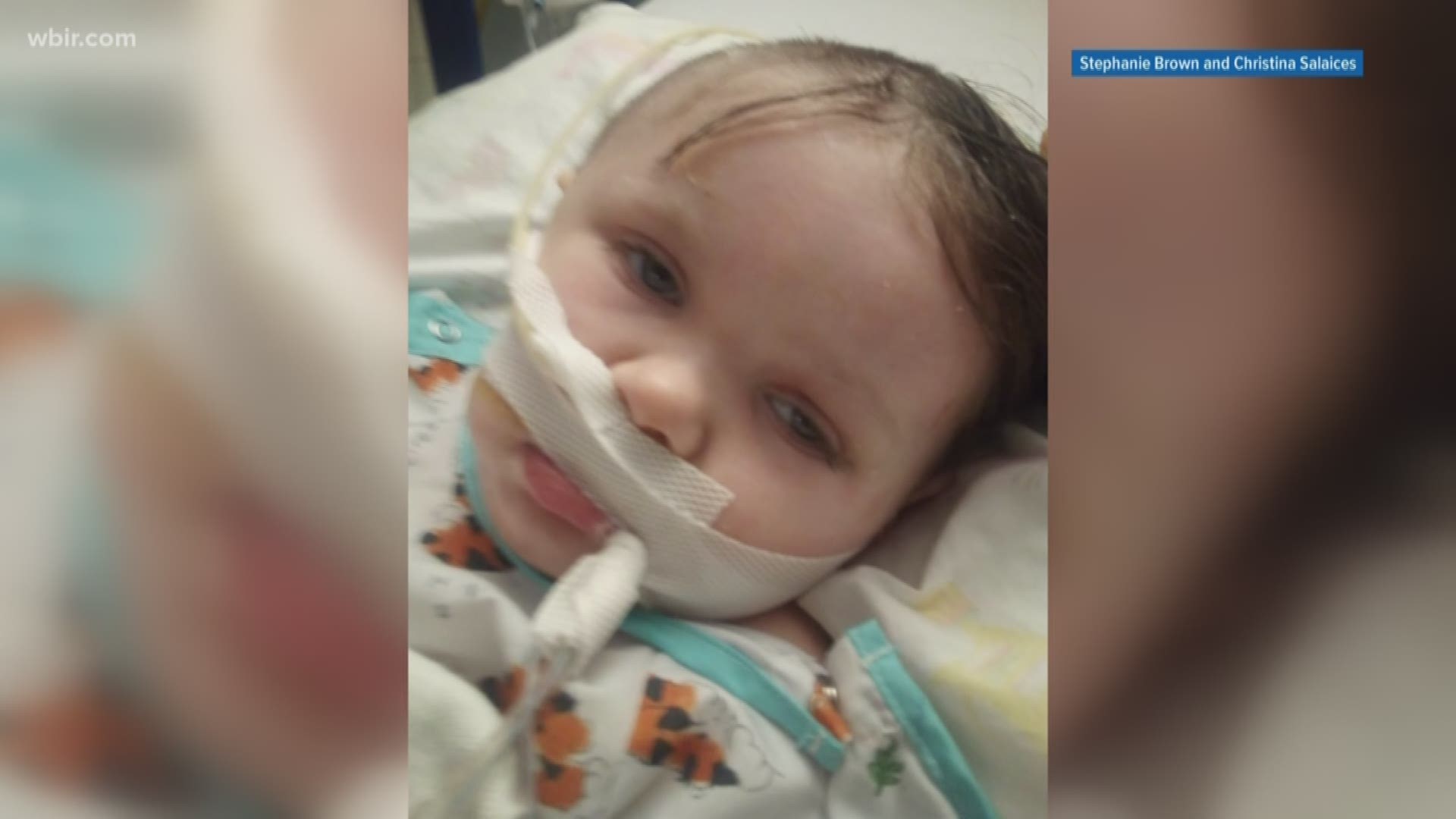 JOHNSON COUNTY, Tenn. — 2-year-old Ariel Salicies is heading to Georgia on Thursday to continue her treatment after she was shot in the head with a pellet rifle in March.

Ariel was receiving treatment at the East Tennessee Children's Hospital in Knoxville. Now, her mother Christina Salaices says she's 'one happy mama' as they get ready to head to Georgia for the next step in her treatment.

Back in March, the 2-year-old was playing in her backyard with her brother.

She suddenly fell off, then walked to her porch and collapsed, shot in the head with what was believed to be a stray bullet.

Johnson County investigators later concluded that Ariel was injured by another child. A report issued by Sheriff Eddie Tester's office said she was struck when another child was playing with a pellet rifle.

The sheriff did not identify who the child was that shot Ariel.