State police say a woman was murdered in Litchfield and three teenagers were arrested in connection with the crime. 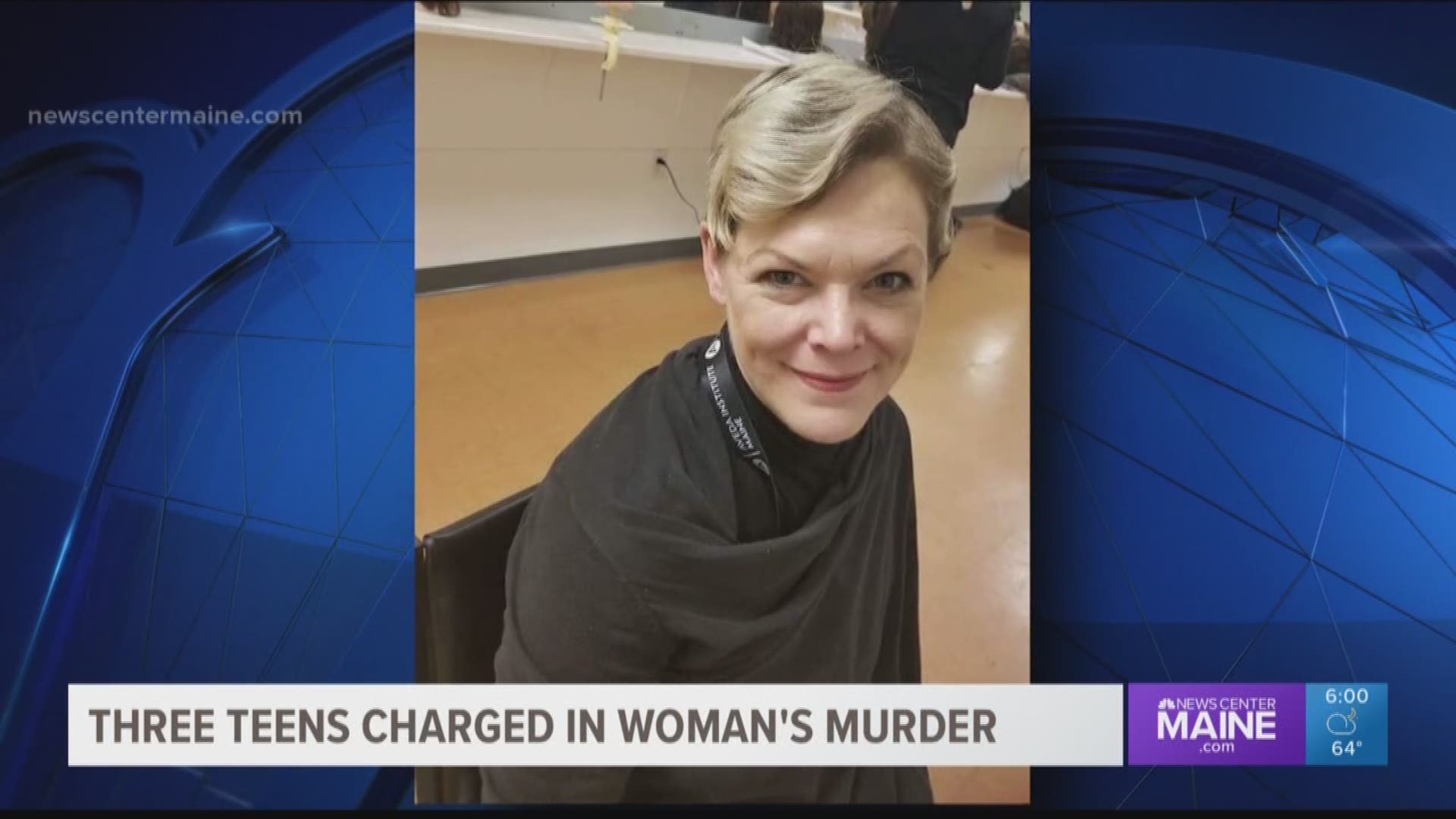 Three teenage boys have been charged in connection with the murder of a woman in Litchfield, Maine and one of the suspects is the victim's son.

The three teenagers were arrested in the death and in a closed courtroom today it was revealed that one of the suspects is the victim's 15-year-old son.

Because the suspects are minors, their names will not be released. Court documents say that the son and two friends from Ashland, Massachusetts, came up with a plan to kill Kimberly by crushing up pills and putting them in her wine.

In a statement, Superintendent James Adams said he had learned two students had been detained, but that Ashland Public Schools had no information besides what had been reported in the media, deferring questions to authorities in Maine.

Documents say that when that didn't kill the victim, the son and his friends allegedly strangled her in her bedroom and stabbed her in the neck.

Two of the boys have been charged with murder. Another is facing a conspiracy to murder charge.

The boys will undergo mental health evaluations. The state is considering making a motion to try them as adults.