35 students answered yes when asked if they had used cocaine in a Knox County Health Department survey. It's called The Youth Risk Behavior Survey 2017. 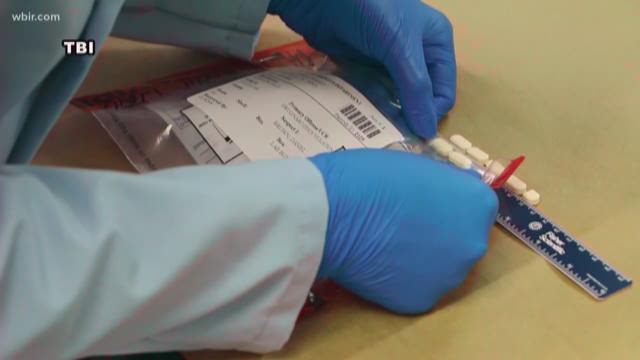 The dozens of high school students who admitted to using cocaine in a recent survey could face even more risk.

The Tennessee Bureau of Investigation said Friday it has found fentanyl-laced cocaine in its lab, including samples from Knoxville.

TBI agents are calling the new discovery a "game changer," because there haven't been a lot of cocaine overdose deaths among students relative to other drugs.

MORE: TBI warns of fentanyl in cocaine after 3 samples test positive, 2 in Knoxville

A report by the Knoxville Regional Forensic Center says there were only five cocaine overdose deaths among people aged 15 to 24 in Knox County between 2010 and 2016.

"And there's just no way to know if it's been laced or not," said Morgenstern. "So it's really buyer beware."

Buyers that could include those 35 students who admitted to using cocaine in the Knox County Health Department's Youth Risk Behavior Survey released about two weeks ago.

There weren't enough responses to create a usage estimate for Knox County Schools overall, but it's enough to know there are students who use cocaine.

Which makes what the TBI found in their labs disturbing.

The TBI received three samples of fentanyl-laced cocaine, including two from Knoxville.

Morgenstern, who works with the Appalachia High-Intensity Drug Trafficking Area, said students are surprised to hear drugs can be laced.

Part of his job is traveling to high schools and letting students know about the dangers of drugs.

"Jaws drop when they hear that," said Morgenstern. "But they need to know that because that's going to be the next health crisis."

According to the school survey, the cocaine usage is spread out pretty evenly by grade among the 35 responses.

The TBI said they will alert the public when new threats emerge.