People from all across East Tennessee have let us know they felt the small quake, which rumbled for a few seconds. 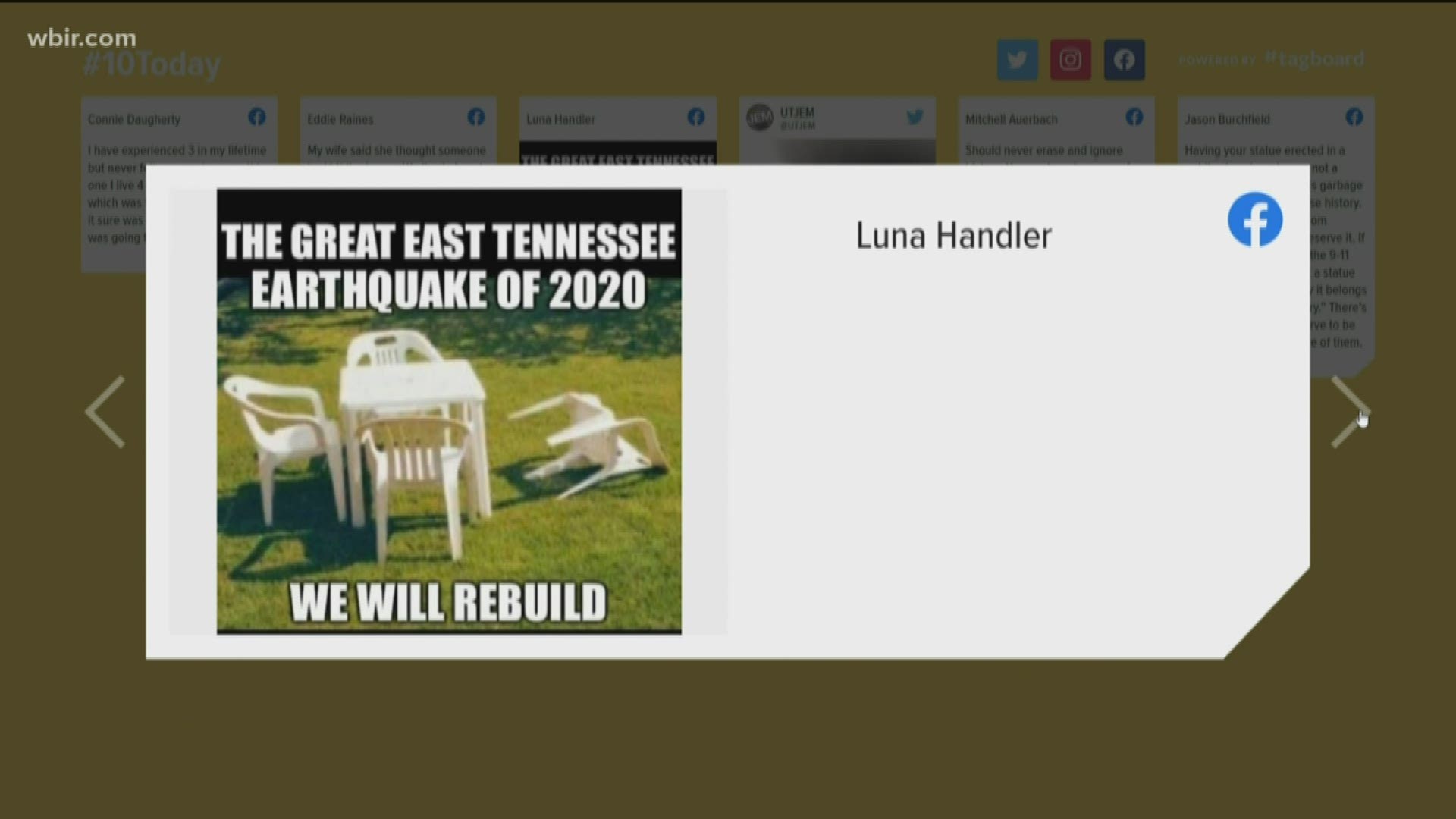 At 2:11 p.m., the United States Geological Survey recorded a 3.8-magnitude earthquake near LaFollette in Campbell County. It was originally reported as a 3.6.

People from all across East Tennessee have let us know they felt the small quake, which rumbled for a few seconds.

It was tied for the seventh strongest earthquakes in East Tennessee in more than a century. 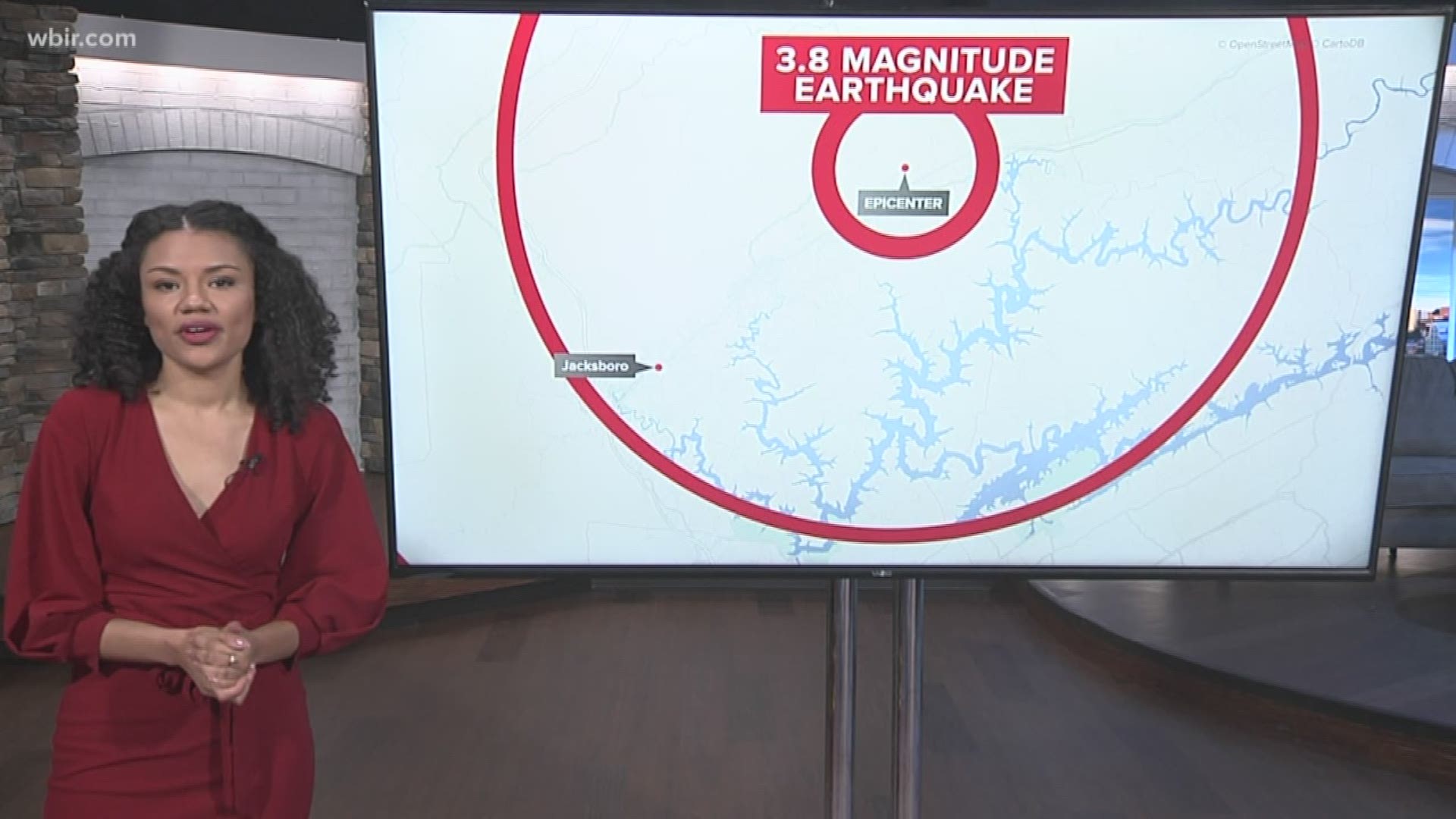 There have been no reports of any injuries or significant damage.

If you felt it, USGS asks you report it here.

RELATED: In Tennessee, earthquakes are an inevitable part of life. Here's what you need to know for next time

Moments after we felt it in the newsroom at WBIR in North Knoxville, our phones started ringing off the hook and hundreds of e-mails and social media posts started coming in.

Scott Heptinstall of Knoxville was actually recording a video in his office when the quake happened, so you can actually see his reaction as he felt the quake coming, then the shaking. Click below to watch, though there is some brief language. 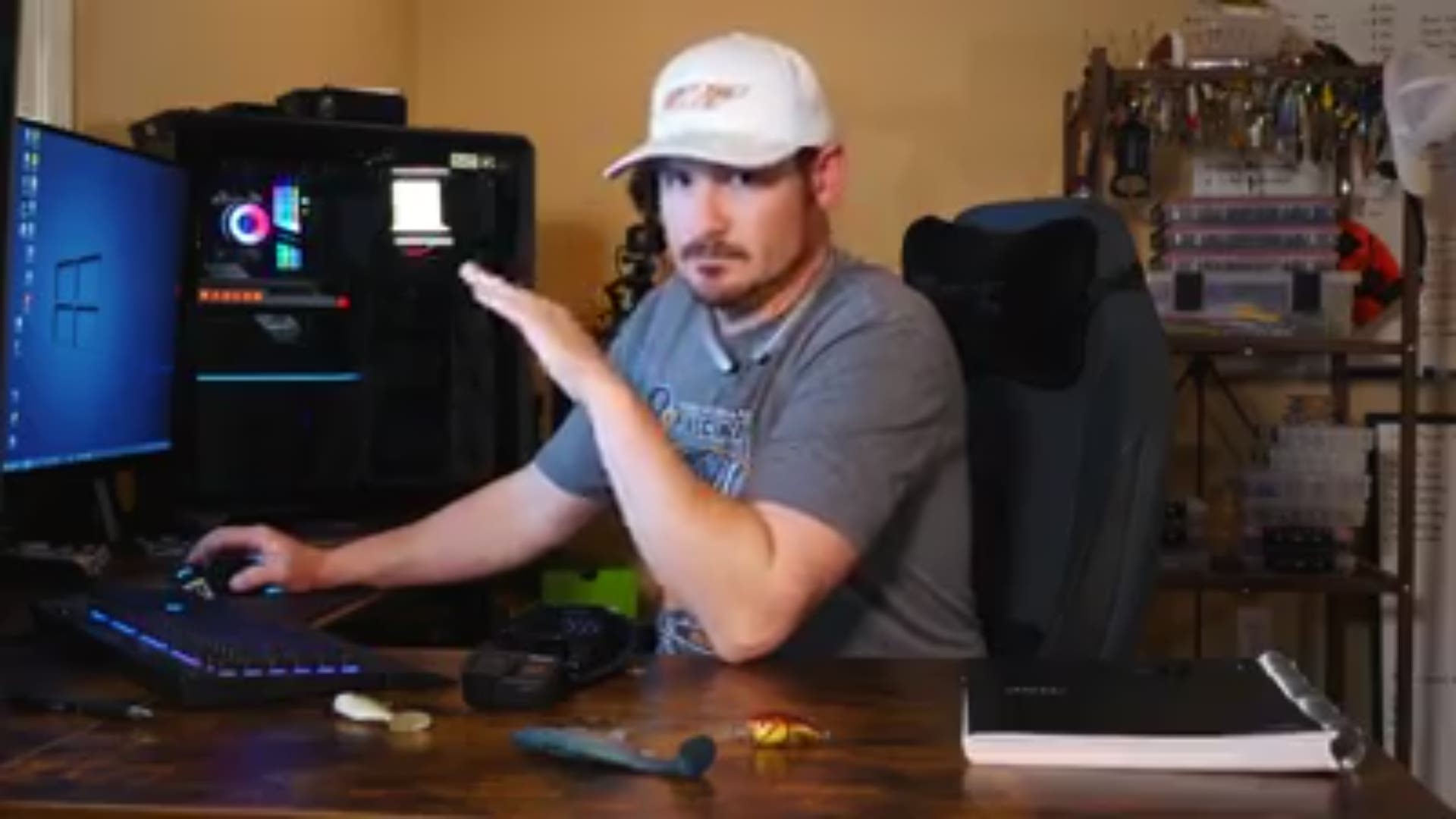 It appears that the quake was felt over much of East Tennessee.

There was a smaller earthquake, a 2.8 magnitude, reported in that same location on Sunday.

Earthquakes in this part of Tennessee are very common, though many are so small people don't feel them. 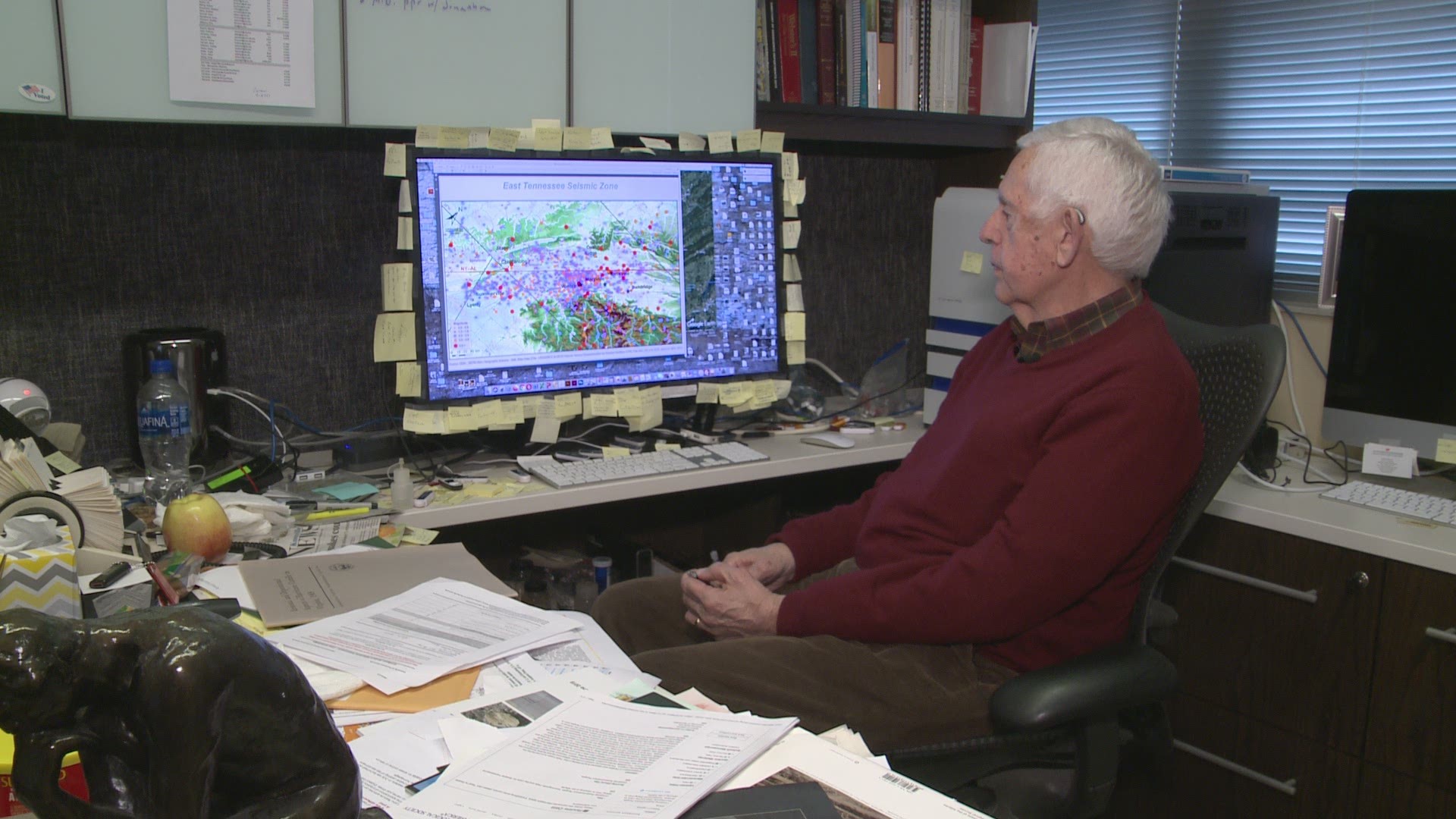 We live in the East Tennessee Seismic Zone, a band that stretches from northeastern Alabama to southwestern Virginia.  It's understood to be one of the most active quake zones in the United States.

RELATED: "We found that to be remarkable" | Church covenant, photo of Jesus survive devastating fire