The city was demolishing the old Parks-Belk building as the wall fell onto the utility pole. 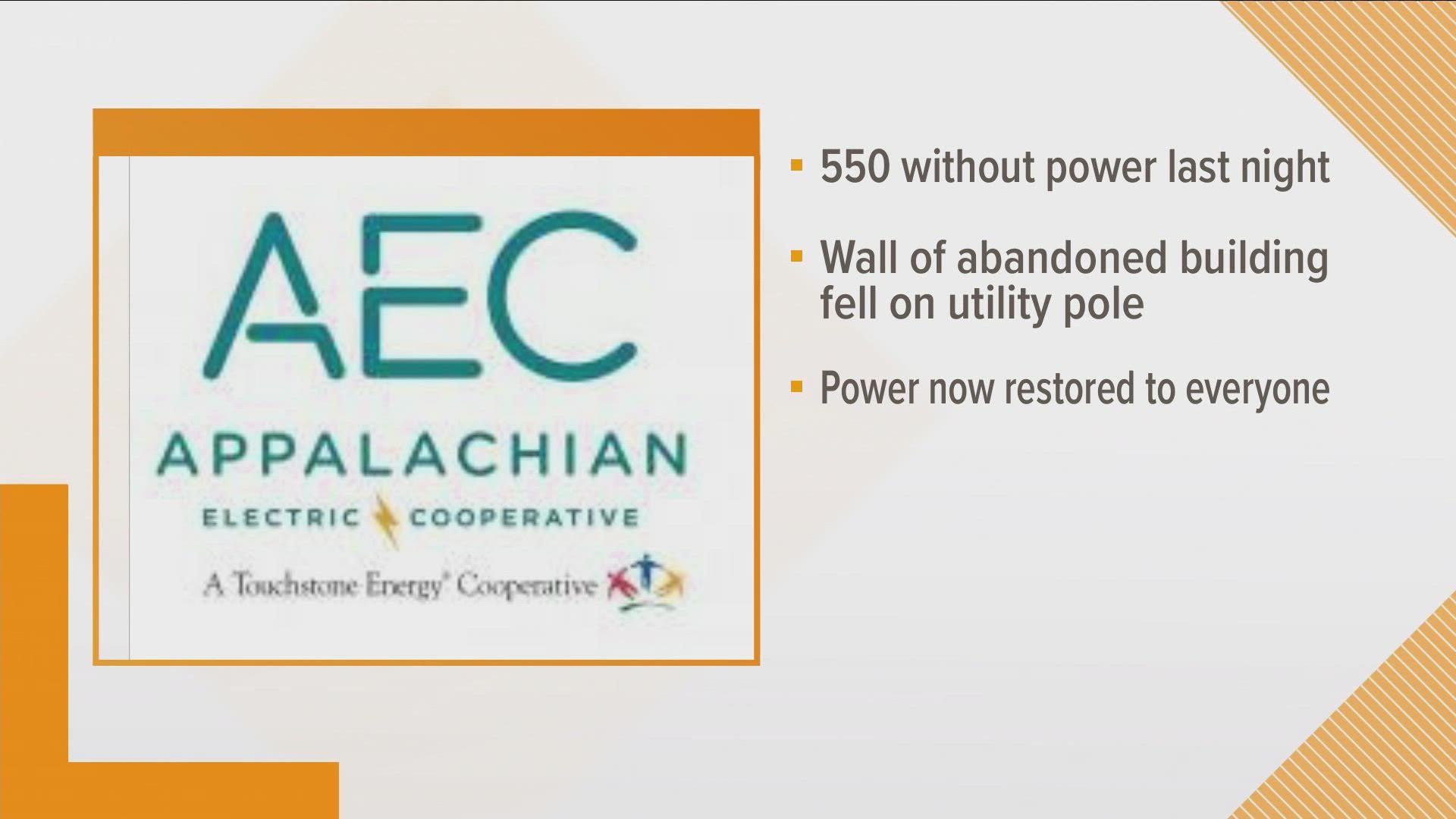 JEFFERSON CITY, Tenn. — 550 people are out of power in Jefferson City after one of the walls of the old Parks-Belk building in the Historic Mossy Creek District collapsed and broke a utility pole.

The Appalachian Electric Cooperative says they are working on switching feeds to bring its members back online.

The Parks-Belk building was donated to the Jefferson City Council back in March by Sandy and Jerry Brewer. The City was demolishing the abandoned building when one of its walls fell onto the utility pole.