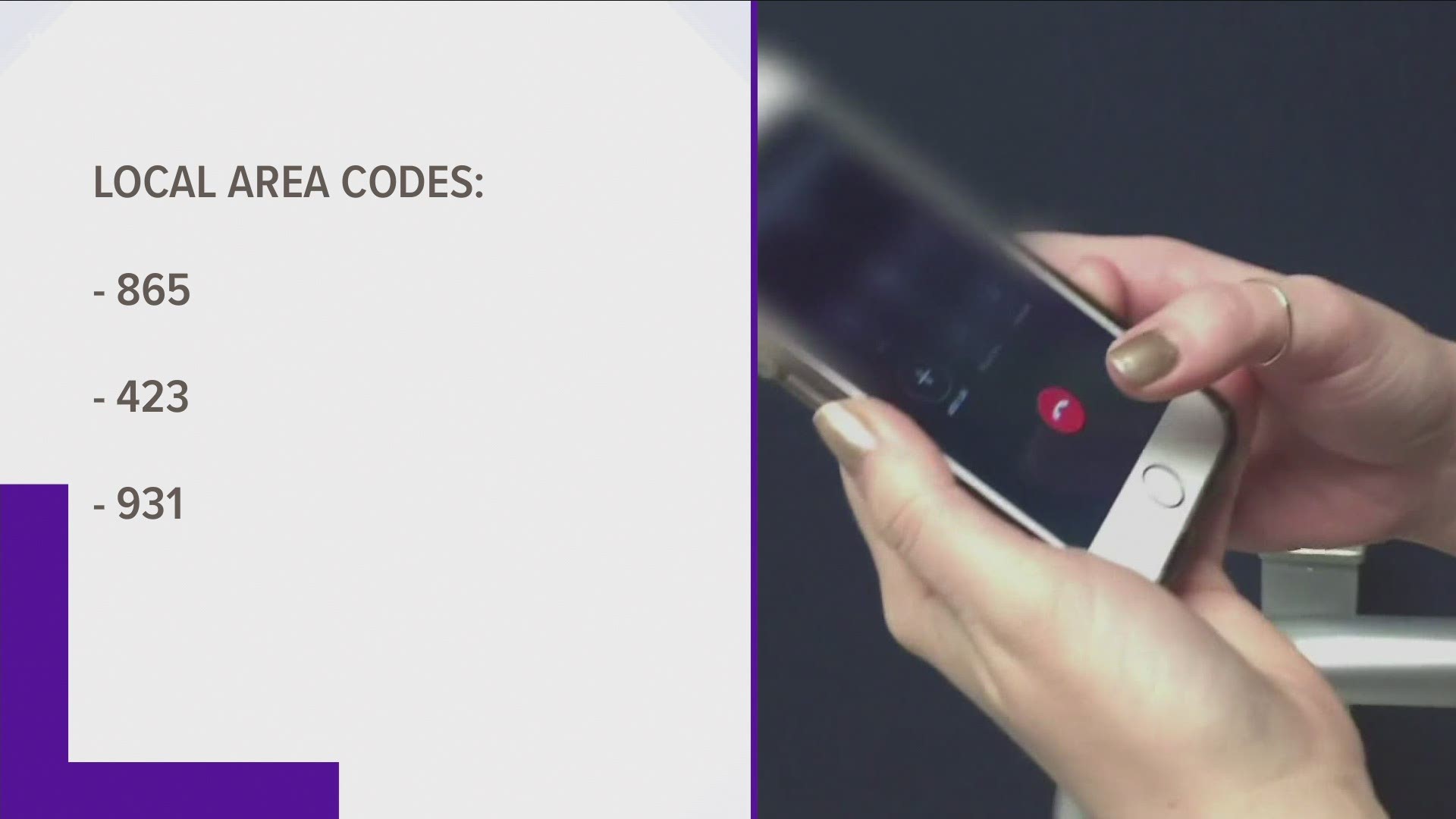 KNOXVILLE, Tenn. — If you live in the 865 area code, there's a big change coming in the way you make phone calls.

If you forget, your call will still go through, but starting on October 24, it won't. On and after this date, local calls dialed with only seven digits may not be completed, and a recording will inform you that your call cannot be completed as dialed. You must hang up and dial again using the area code and the seven-digit number.

This may mean you will need to add the area code to numbers already programmed into your cell phones.

Even after the change, the calls within your area code will still be local so you won't be charged for calling long distance on a land line phone.

The reason for the 10-digit dialing is the planned addition of a three-digit number, 988, that can be called from anywhere in the country to reach the National Suicide Prevention Hotline.

As a result, any area code that uses 988 prefixes in telephone numbers is mandated by the FCC to adopt 10-digit dialing.

865 happens to be among those and is one of 82 area codes in 37 states across the nation where this change will take effect.

According to an industry trade publication, the change will apply to landlines, cell phones, and VoIP systems as well. It will also apply to customers of all phone service providers within the affected area codes.

The timeline for the Implementation of these changes may vary from carrier to carrier, although October 24 is the firm deadline for 10-digit dialing for all of them.

These include, but are not limited to, medical monitoring devices, PBXs, fax machines, Internet dial-up numbers, and fire or burglar alarm and security systems.

In addition, businesses are advised to “check your website and business stationery, advertising materials, personal and business checks, contact information, and other such items to ensure the area code is included.”

What will remain the same?

I already have to do this

In some parts of the country, particularly highly urbanized areas where more than one area code serves the same geographic area, 10-digit dialing has been in place for several years.

But it was for a different reason.

To address the proliferation of cell phones and the need to provide additional service for a  growing number of customers (and where phone numbers were becoming exhausted), new area codes were established within the same geographic area.