$9 million raised for Dolly Parton's 'My People Fund' so far 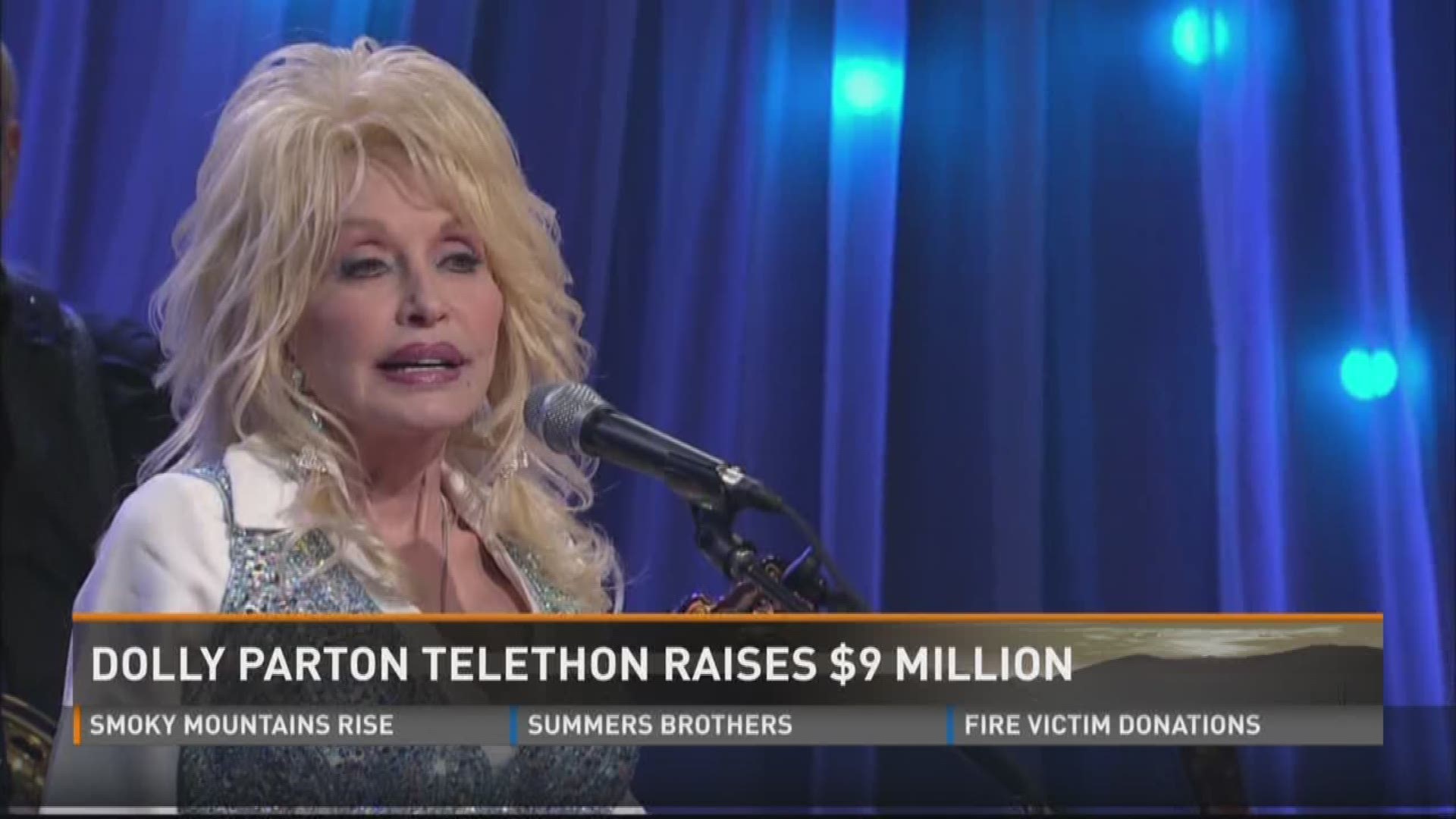 Update, Wednesday 8:30 p.m.: About $9 million has been raised so far through the Smoky Mountains Rise telethon to benefit the Dollywood Foundation's "My People Fund."

The Dollywood Foundation said the grand total is expected to rise as mail donations are counted and the telethon is rebroadcast to new audiences over the next five days.

“I am overwhelmed by the generosity of the people who have donated from all over the country and to my friends who donated their time, talent and money for My People,” Dolly Parton said in a statement Wednesday. “The response has been so overwhelming that we haven’t been able to count all of the donations yet; right now, in total, we have raised about $9 million dollars for the folks who lost everything in Sevier County.”

People can still make tax-deductible donations to the My People Fund at dollywoodfoundation.org. Mail donations can ben sent to:

Update, Tuesday 11 p.m.: A star-studded lineup of celebrities and music stars, brought together by Dolly Parton, helped raised millions of dollars Tuesday night to support the victims of the Sevier County wildfires.

The 'Smoky Mountains Rise' telethon led to such a huge response that phone lines were overwhelmed and organizers had to add another two lines for people to call in on.

How much the evening raised remains a mystery, as of late Tuesday night.

Gov. Bill Haslam and First Lady Crissy Haslam joined Dolly for the reveal of the donation total, but then she explained that they're going going to wait to give that out because the telethon would be airing on the West Coast and phone lines would stay open until 3 a.m.

Dolly did reveal that 'millions' had been raised.

The check presentations featured throughout the broadcast totaled $2.1 million.

East Tennessee's favorite daughter kicked off the emotional evening with her first of several performances, singing "My Tennessee Home."

More than a dozen performances filled the three-hour show including Alabama, Hank Williams Jr., Cyndi Lauper, Reba McEntire, Chris Stapleton, and many others.

RELATED: Horse named heaven is a miracle survivor of the Gatlinburg fire

But the theme of the evening, supporting wildfire victims, played an integral part throughout. 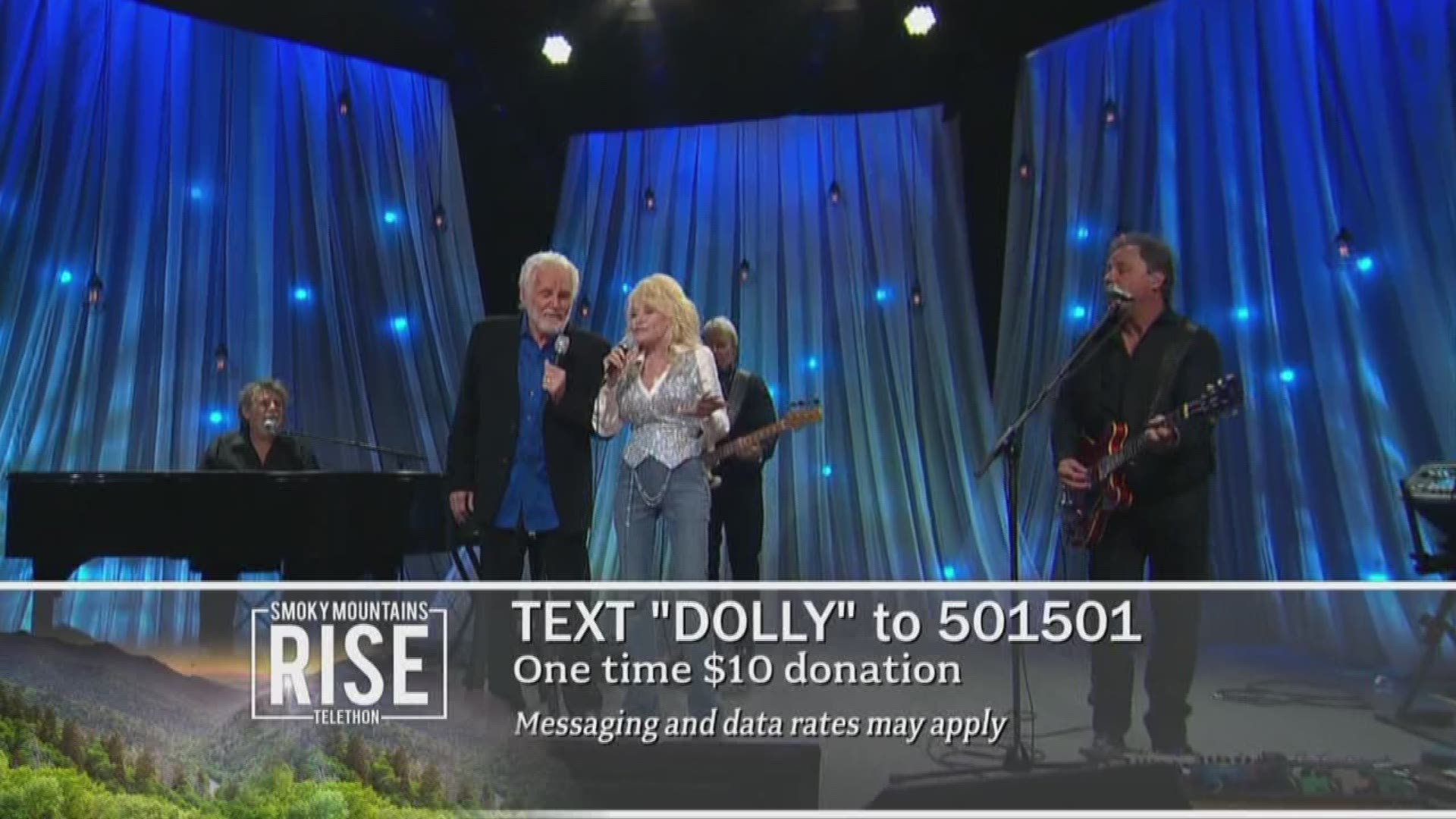 Original story: Dolly Parton and several of her closest friends are teaming up for "Smoky Mountains Rise: A Benefit for the My People Fund" to raise money for families who lost their homes in the Sevier County fires.

Nearly $500,000 of donations were already committed before the telethon even started Tuesday night.

The My People Fund will provide $1000 each month to Sevier County families whose homes are uninhabitable or were completely destroyed in the recent Smoky Mountain wildfires.