Retired Marine Colonel Ed Pennico's name will forever be a reminder for the young marines at Camp Bonnyman. 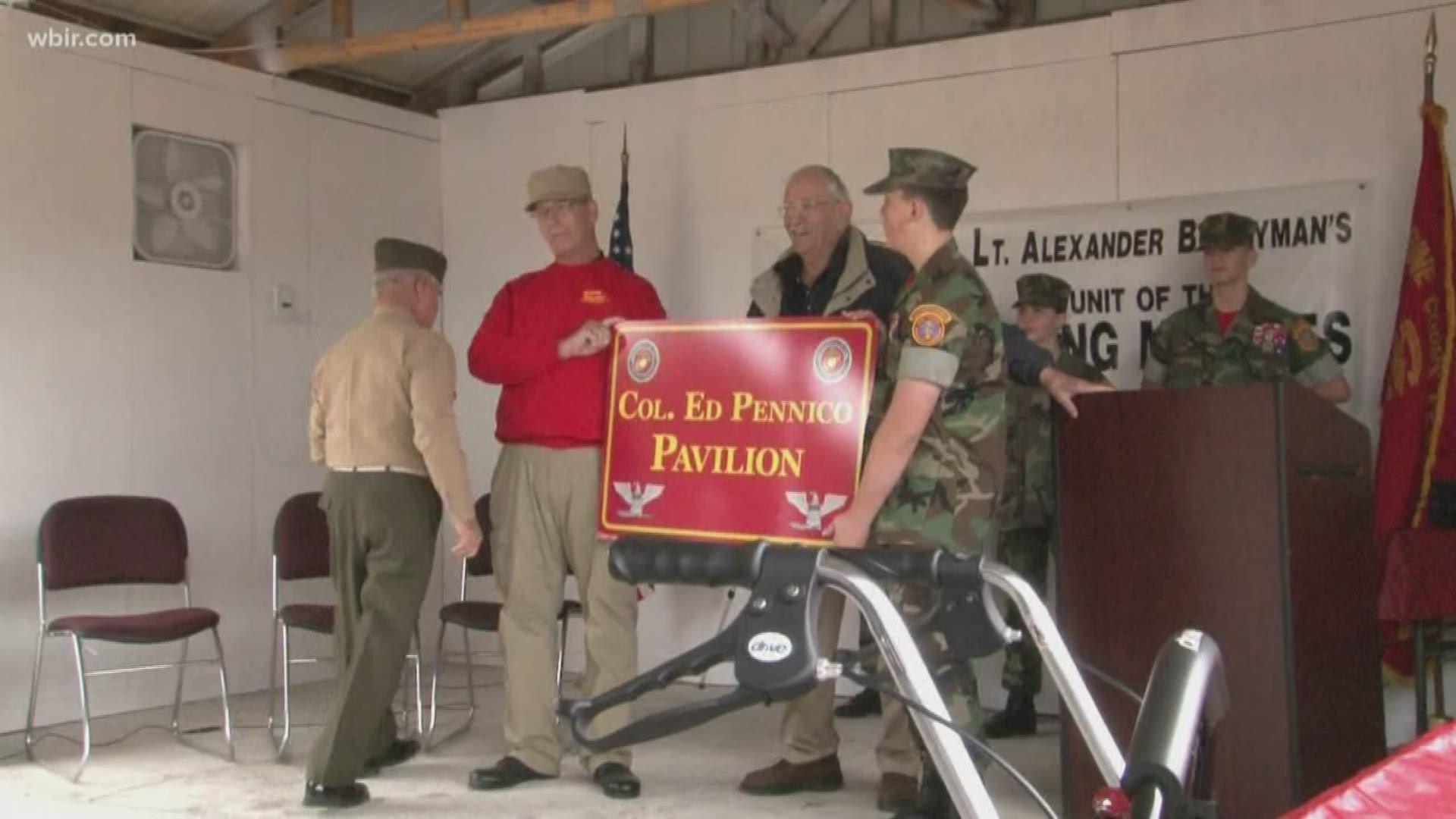 SEYMOUR, Tenn. — A four war veteran is almost unheard of in our country, but East Tennessee is lucky enough to say it has one.

The Lt. Alexander Bonnyman Unit of the Young Marines in Seymour dedicated its new, hand-made pavilion on Saturday in honor of retired Marine Colonel Ed Pennico.

Larry Winters is the unit commander for Camp Bonnyman and said the pavilion isn't just a concrete slab and wooden beams. It's a reminder.

"They'll really realize what sacrifices they had to make," Winters said, referring to service men and women.

Retired Marine Colonel Ed Pennico's name will forever be that for the young marines at Camp Bonnyman.

"Oh yeah, very humble and surprised," Pennico chuckled. "I could do that in short words."

When 10News Anchor John Becker talked with him in 2013 for the Service and Sacrifice series, Pennico's map pinpointed all the corners of the earth he's seen.

"If they were doing frequent flyer miles, I'd still be collecting them," Pennico snickered.

Dedications, medals and awards adorn this vet's walls, but nothing means more to him than the thank yous.

Congressman Tim Burchett, who is a supporter of veterans, presented the dedicated plaque to Pennico at the Saturday ceremony.

"It's well deserved," Burchett nodded. "It's just so many times we wait until these guys are gone, so I'm glad that we could honor Ed while he's still here with us, and he deserves it."

As the 8 to 18-year-olds at the camp stand under the newly-dedicated shelter, Pennico hopes it's a place where more marines are made.

"I think this program is really wonderful, and if they can become marines, then good on 'em," Pennico smiled.

Pennico said his goal is to be the longest living World War II Marine veteran. He said he's going to have to live until about 110 years old, but he's up for the challenge.

According to a Young Marine program brochure, the mission of the organization is to, "...positively impact America's future by providing quality youth development programs for boys and girls that nurture and develop its members into responsible citizens who enjoy and promote a healthy, drug-free lifestyle."

RELATED: U.S. Marine from Lenoir City surprises his younger brother and sister before heading to duty

RELATED: Service & Sacrifice: The $100 bet before a perilous bail out in WWII