About 20 new businesses opened recently or will open soon along Kingston Pike between Bearden and West Hills. 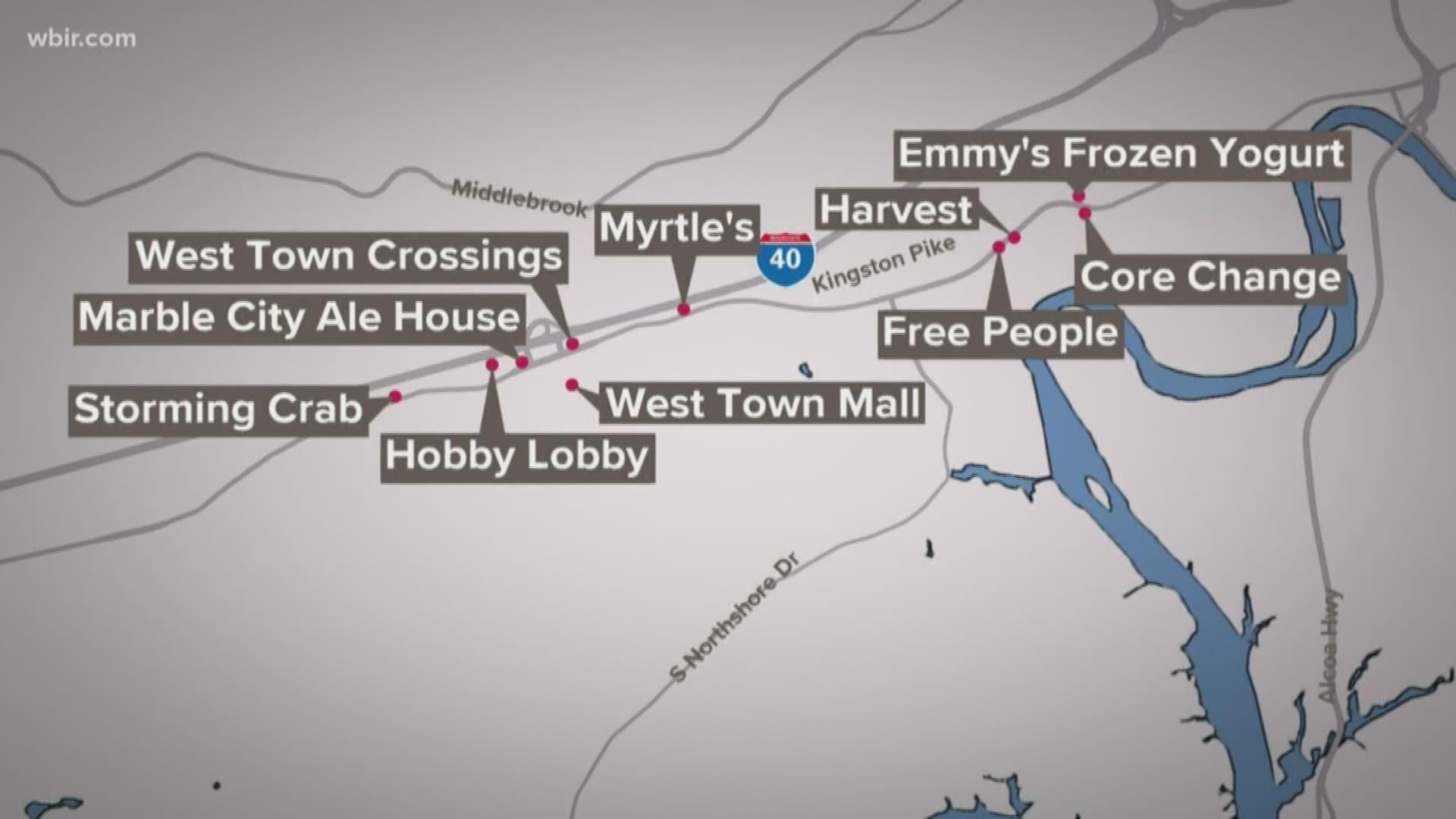 KNOXVILLE, Tenn. — There are new businesses opening across Knoxville constantly, and West Knoxville is as popular a place as ever to open up shop.

West Knoxville is huge, so 10News is focusing specifically on the Kingston Pike corridor between Bearden and West Hills.

In that stretch of a few miles, about 20 businesses opened between this summer and today, with more on the way in 2020.

"With Bearden we're able to tap in to the West Hills area, the Bearden community, as well as campus and then pulling in some downtown folks," said Robinette.

Across the street, Emmy's Frozen Yogurt opened in May at 124 N Forest Park Boulevard in the same complex as Earth Fare.

Free People clothing store opens soon in the strip mall at 5330 Kingston Pike next to Bennett Galleries. You can see their store in a sneak peek event Thursday October 10 from 6 p.m. - 8 p.m.

Myrtle's Chicken and Beer just opened their second location at 7063 Kingston Pike, which has a drive thru and beer garden.

RELATED: Ax throwing, seafood and sushi: New businesses to look out for in Knoxville

Step inside West Town Mall for slew of new stores.

Palmetto Moon, Bliss, Muse, Haagen-Dazs, and Hwy 55 Burgers, Shakes and Fries are all new additions to the mall.

Across the street, the old Howard Johnson hotel is gone, soon to be replaced with a strip mall called West Town Crossings at 7621 Kingston Pike.

Three businesses are set to move in to that development.

Nail Bar is expected to open in March of 2020, Firebird's Wood Fired Grill will open there, and Walk-on's Bistreaux & Bar has "coming soon" listed for their Knoxville location online.

RELATED: A new restaurant named 'Simpl' is opening up in South Knoxville

Up on the other side of the mall, Marble City Ale House is opening in December at 108 Jack Dance St. in the same strip mall as Salsaritas.

The ale house will open right next to Vintage Vapors. Both businesses are owned by Glenn Cate.

'For us, price was part of it, I mean the price was still very reasonable in this area to be in the shopping district, and just a high traffic area," said Cate.

The next strip mall down, Hobby Lobby is taking over the old Toys "R" Us location at 8009 Kingston Pike next to Trader Joe's.

Again that's all just in a few mile stretch of Kingston Pike.

A lot of 'available for rent' signs are up in this area, meaning the business boom can only get bigger.