The CDC says the percentage of high school students who reported considering suicide increased by 25% between 2009 and 2017. 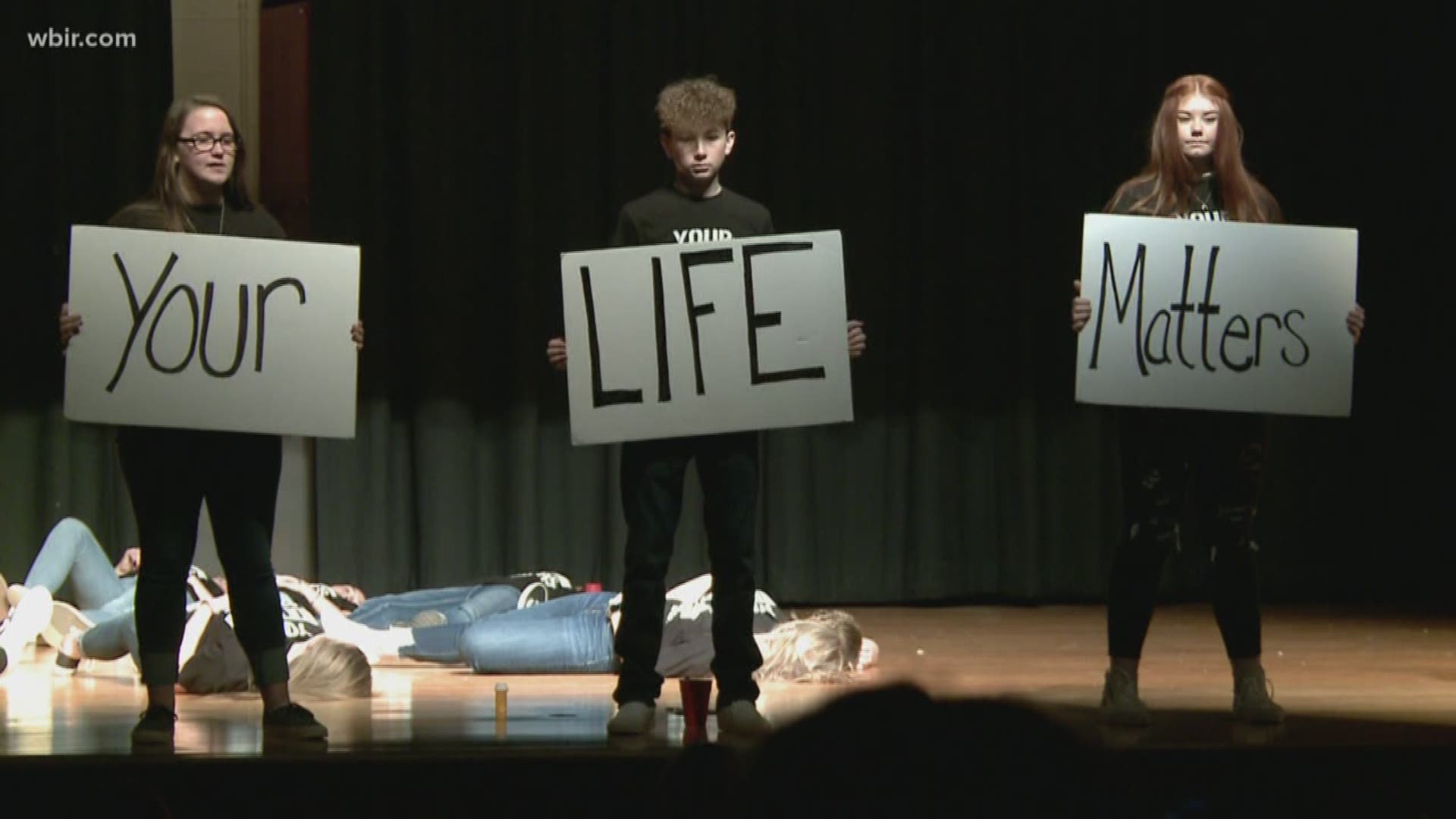 JACKSBORO, Tenn. — Suicide is the second leading cause of death among teenagers in the United States. It is a fact several Campbell County High School students want to see change.

She said each time it happened every single student felt the loss.

"It really impacted them as a whole. We had students that would gather in the commons area and have prayer," she said.

It is a dark part of the past a group of her students are bringing to light through skits and testimonials aimed at supporting those who feel alone.

"We've been stressing about this for a while," she said.

More than 20 students took part in the program, and through words and music, they shared a powerful message.

"This isn't just a joke. This is a reality everyday," Caitlin Kidwell, a student in the program, said.

Sharing their stories is hard, but they believe there is light and hope still ahead.

"Above everything, hope still remains no matter the circumstance, no matter what you've done or what you've been through there is still hope," Maria Medina said.

For those who feel like they have no where to turn, Ms. Pierce wants them to know one important thing. You are not alone.

"Just having someone to be there for them that's all they need is just someone to listen, and I'm glad I'm that person for them," she said.

RELATED: Start the conversation: What parents should know about teen suicide

RELATED: 'Don’t be afraid to ask for help' | Suicide loss survivors gather to lift each other up and heal