The Anderson County Sheriff's Office said that the child was taken to the hospital in an ambulance. 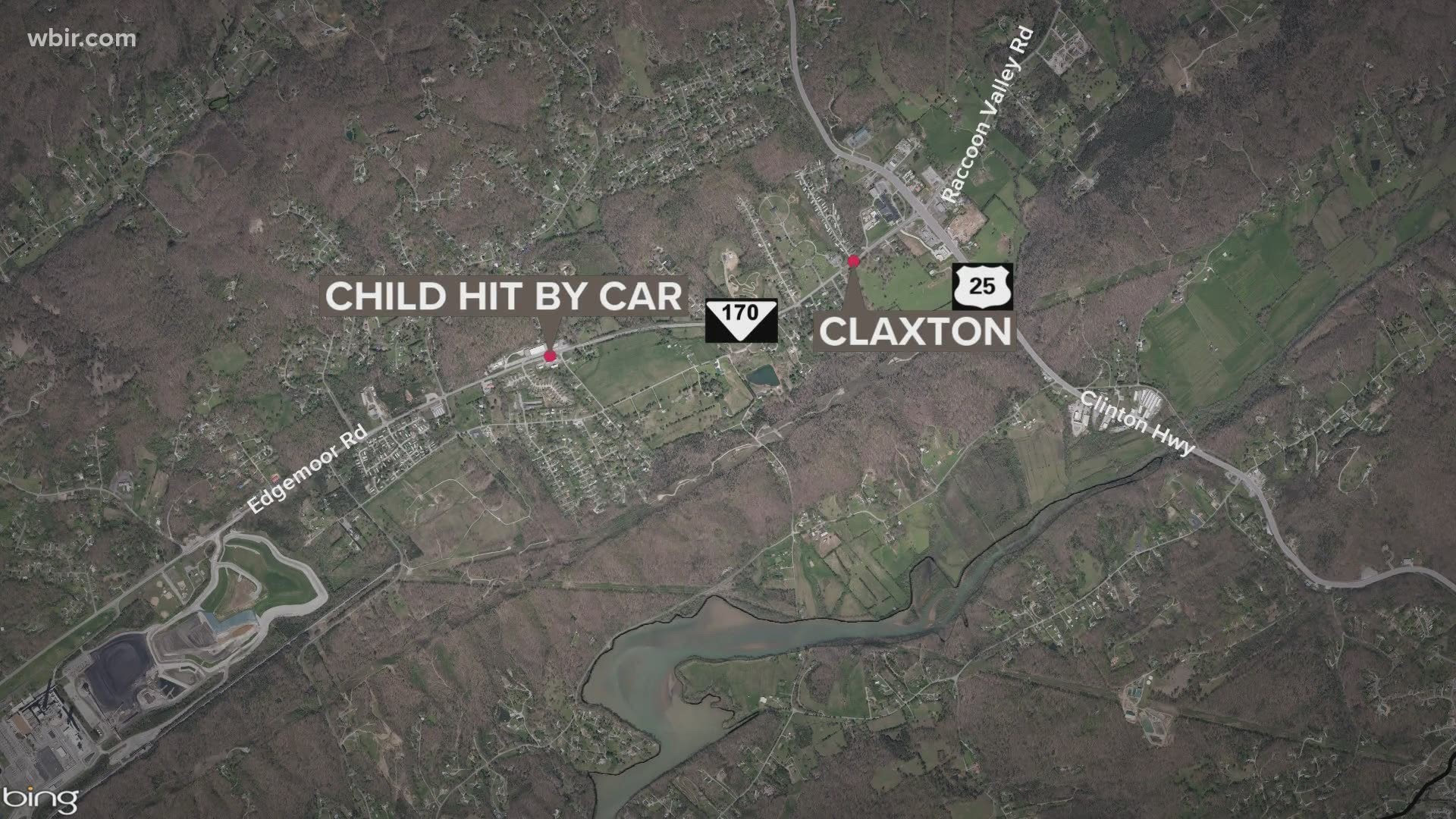 ANDERSON COUNTY, Tenn. — The Anderson County Sheriff's Office said that a 7-year-old girl was hit by a vehicle on Edgemoor Road Wednesday night.

The incident happened in front of a Breadbox around 6:59 p.m., according to a release from officials. They also said that the child was taken to the University of Tennessee Medical Center in an ambulance.

The Tennessee Highway Patrol is leading the investigation into the incident, officials said. They said the incident was not a hit and run.

THP said that Charles and Samantha did not suffer any injuries.

Information about the condition of the minor was not immediately available.

According to the crash report, the vehicle was traveling East on Edgemoor Road near Mooncrest Lane and three pedestrians were standing in the continuous turn lane.

The 7-year-old girl walked out of the turn lane into the vehicle's first lane of travel within the roadway. The vehicle then struck her in the lane of travel, the report further explained.

THP said the vehicle came to a final controlled rest in the Eastbound lane of travel.

The 7-year-old girl was located outside the roadway on the right side and Charles and Samantha exited the vehicle to check on her condition, THP added.