The nationwide event encouraged musicians to play Taps at 3 p.m. Memorial Day to remember the fallen. 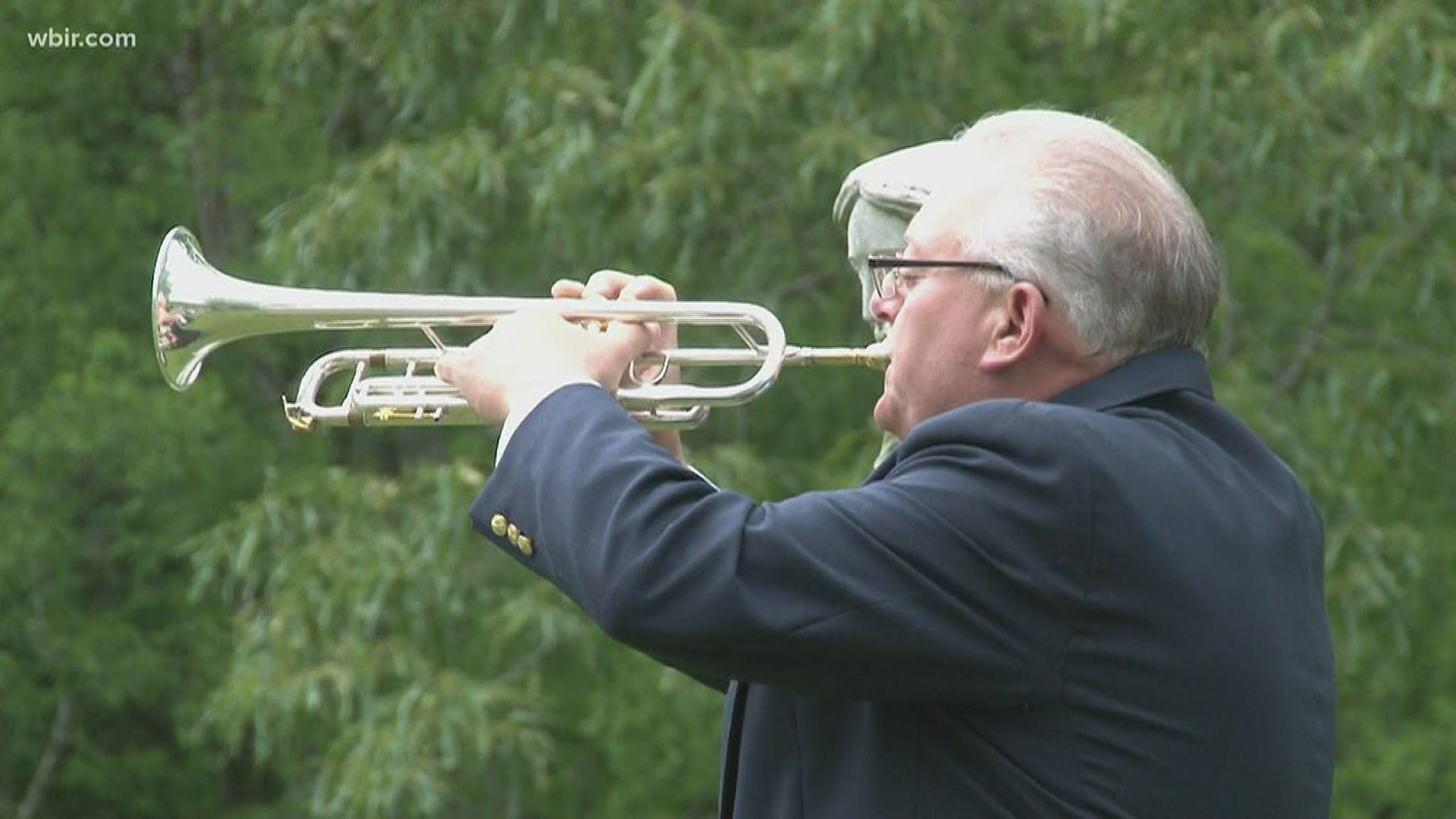 TENNESSEE, USA — The sound of "Taps" resonating through the air means so much every time it's played, but the 24 notes had a new meaning this Memorial Day.

Because of the COVID-19 health crisis, Memorial Day ceremonies and parades were cancelled, but even a pandemic couldn't stop musicians from playing the sacred tune.

Jari Villanueva, a Taps bugler himself, along with the organization Taps for Veterans, organized the first-ever socially distant Taps Across America event.

"As we gather as Americans in our communities, it's only fitting to have those 24 notes sounded throughout the streets," Villanueva said. "Why don't they gather and play on their front porch, their lawn, their driveway, property and sound that call as part of the national moment of remembrance?"

Thousands around the world and musicians in East Tennessee answered that plea.

RELATED: 'Bring honor to those who have passed' Buglers play Taps on front porches to honor fallen from home

Pat Bivens, an Air Force veteran and band director at Carson-Newman University in Jefferson City, said this may turn into a yearly tradition.

"I'm absolutely honored to be able to do that," Bivens said.

Harold Collins, a professional trumpet player in Sevier County, played Taps in his small church's cemetery to give back to the ones who sacrificed it all.

"You're playing the Taps for people who gave up a lot for you," Collins nodded.

"It's honestly the least I could do," Benziger said. "I'm not old enough to fight, but why not? It's just a way to honor our fallen."

At 3 p.m. a moment of peace fell over East Tennessee. One of selflessness and solidarity.

During the pandemic, military honors have been scaled back at veteran funerals. The organization Taps for Veterans helps connect military families with live buglers who are able to play Taps at graveside.