'All I have to do is dream': Everly Brothers Park opens in Bearden

The pocket park at Forest Park Boulevard and Kingston Pike has been in development several years. The brothers lived in Knoxville in the mid 1950s. 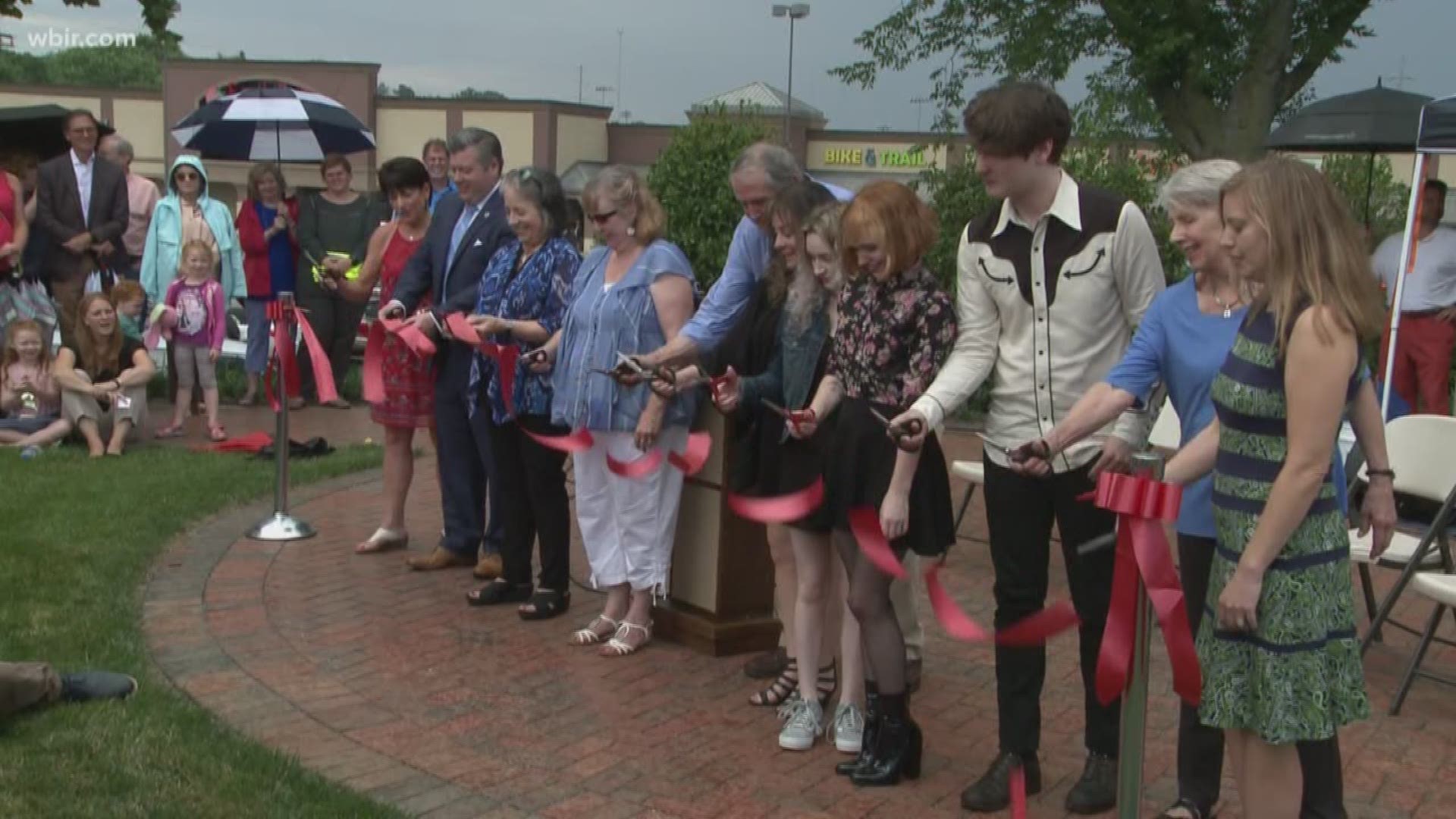 KNOXVILLE, Tennessee — Years of dreaming and development were realized after a pocket park dedicated to Hall of Fame musicians Don and Phil Everly formally opened in Bearden.

A ribbon cutting to celebrate the opening of Everly Brothers Park happened Monday, June 17, at 4:30 p.m. at the site at Kingston Pike and Forest Park Boulevard, not far from the Bearden Village Greenway.

City officials and members of the Everly family attended. And, of course, music -- Everly Brothers music -- was played.

Grieve said it's been a community-wide effort to open the park. Grieve has co-chaired the project along with Terry Faulkner of the Bearden Village Council.

Credit: Everly Brothers Park
The park is located at Kingston Pike and Forest Park Boulevard. It's been under development for years.

The council shouldered much of the initial work.

Along the way, the Rotary Club of Bearden also pitched in, contributing $5,000 last year. Legacy Parks and the Tennessee Department of Transportation also have helped.

Faulkner said Legacy Parks has been a generous partner and TDOT contributed in-kind with the construction of a wall.

The small park, the site once of a gas station owned by L.B. Richardson, was dedicated in 2015, and construction shortly followed.

The brothers are hailed in popular music history for their impeccable, angelic harmonies and catchy tunes. Their hits included "Wake Up, Little Susie" and "Bye, Bye, Love," both written by Felice and Boudleaux Bryant, and "Cathy's Clown," which Don wrote.

They were friends and tourmates with legends such as Buddy Holly and the Crickets. Phil Everly attended Holly's Texas funeral after the bespectacled singer died in a plane crash in Iowa in 1959.

The Beatles and the Rolling Stones have both cited the Everlys as influences on their style. Beatle Paul McCartney name-checked the brothers in his 1976 hit song "Let 'Em In," and they recorded McCartney's song "On the Wings of a Nightingale" in 1984.

The brothers, born in the late 1930s, moved to Tennessee with their parents in the mid-1950s. They attended West High School.

Don graduated in 1955. Phil was two years younger. Before hitting it big, they appeared with their father on grocer Cas Walker's regular music radio program.

After Don Everly graduated from West, Margaret rounded up the family and they headed off to Nashville so the boys could seek their musical fortune, Faulkner said. East Tennessee natives Roy Acuff and Chet Atkins were early supporters.

They enjoyed their greatest success in the late 1950s and early 1960s.

They were among the inaugural class of artists, including Elvis Presley and Little Richard, to be inducted into the Rock & Roll Hall of Fame in 1986. They're also members of the Country Music Hall of Fame in Nashville.