A residential fire broke out on the upper level of a house on Thompson Place, sending flames out from the roof. 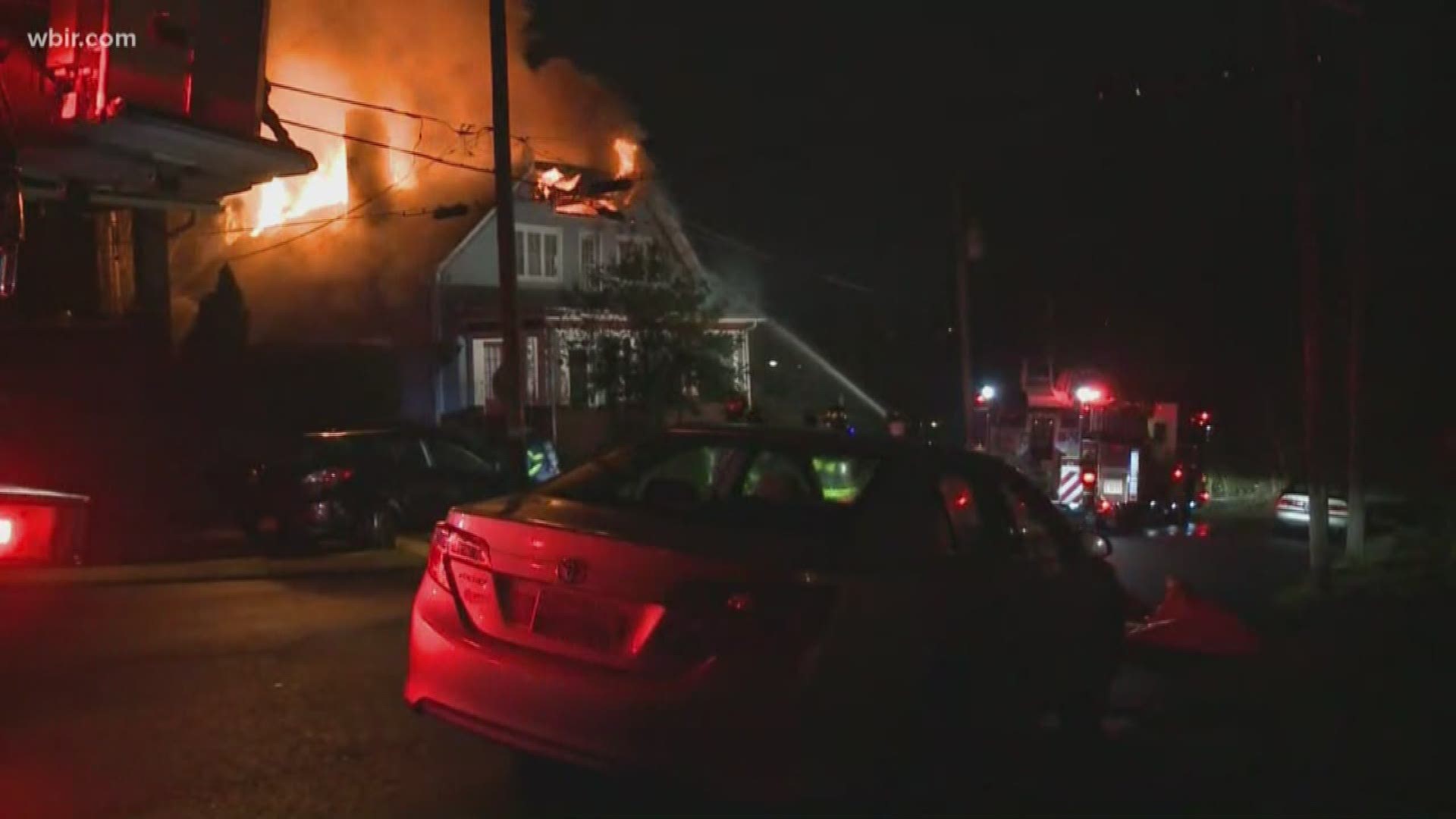 KNOXVILLE, Tenn. — Three people are safe after a fire sent flames through a house's upper levels and roof early Tuesday morning. Firefighters found a cat in the house and reconnected it with its owner.

The Knoxville Fire Department responded to a residential fire around 4:15 a.m. Tuesday morning, after a tenant woke up to the smell of smoke.

The fire broke out at 1017 Thompson Place, near North Broadway. Three people and three dogs made it out of the house safely, while more than 20 firefighters worked to put it out.

They used two aerial ladders to pour water on the fire as well as a defensive attack on the outside, according to Knoxville Fire Department officials.

No injuries are reported. Fire investigators are there to determine the cause.  This is the third morning in a row that the Knoxville Fire Department has had structural fires, according to KFD officials.

This story is ongoing and will be updated as more information is available.