The doctors argued that the July 1 mask mandate by the Knox County Board of Health is "arbitrary and capricious," as well as unconstitutional. 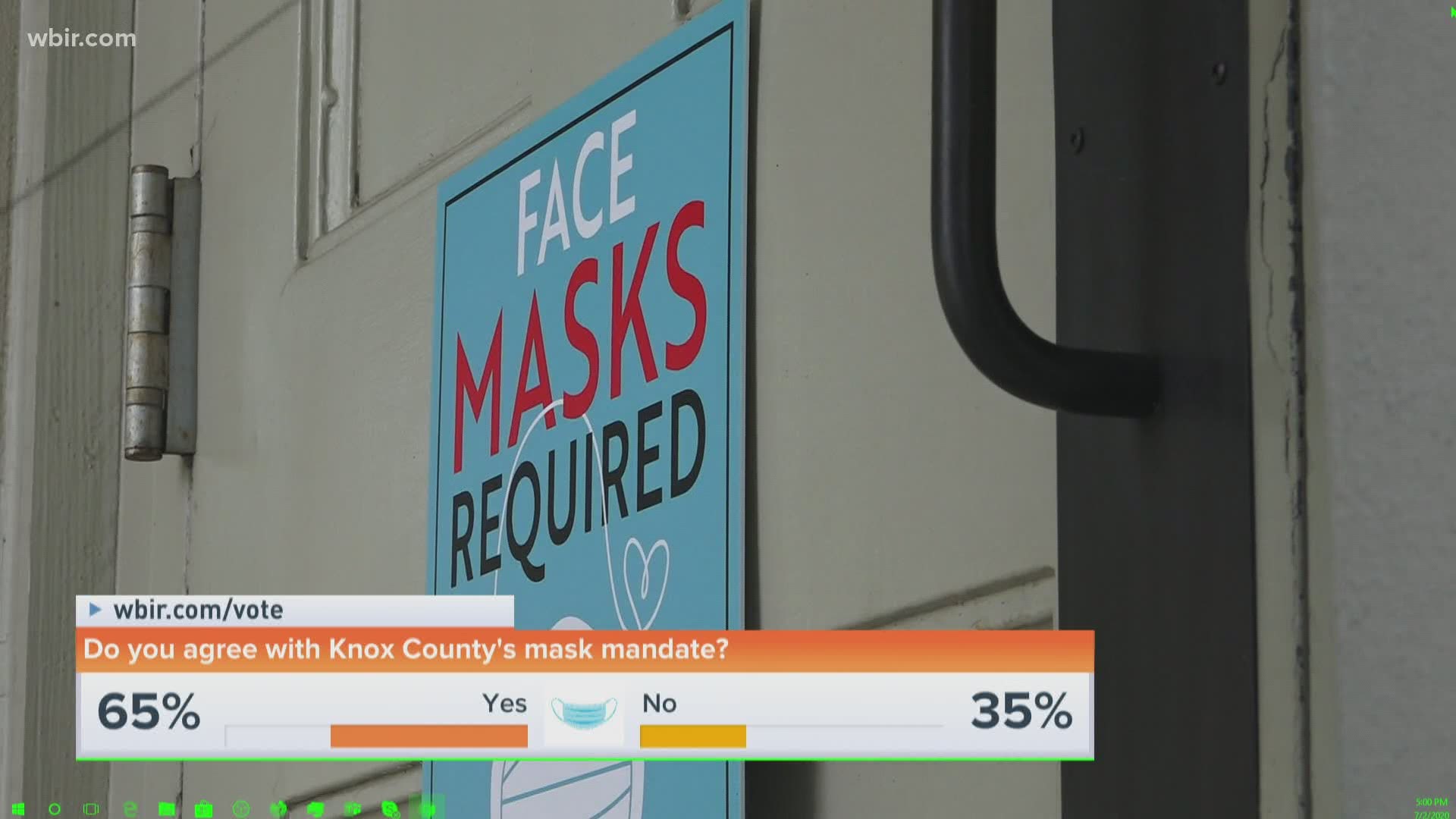 KNOX COUNTY, Tenn. — A lawyer filed a lawsuit against Knox County health officials on behalf of two Knoxville-area plastic surgeons on July 24, over the Knox County Board of Health's mandate to wear masks inside public areas.

In the lawsuit, the plaintiffs said their rights as doctors are being infringed by the mandate.

Mayor Jacobs was served with the lawsuit this week, according to records. The board voted on the mandate to wear masks inside of public buildings on July 1 and it took effect July 3.

Since that vote, several other East Tennessee counties have adopted mask mandates.