As the Gatlinburg wildfires jumped from ridge to ridge November 2016, Arrowmont School of Arts and Crafts stood in its path. Flames destroyed two dormitories, but now, a state of the art dormitory covers the burn scars. 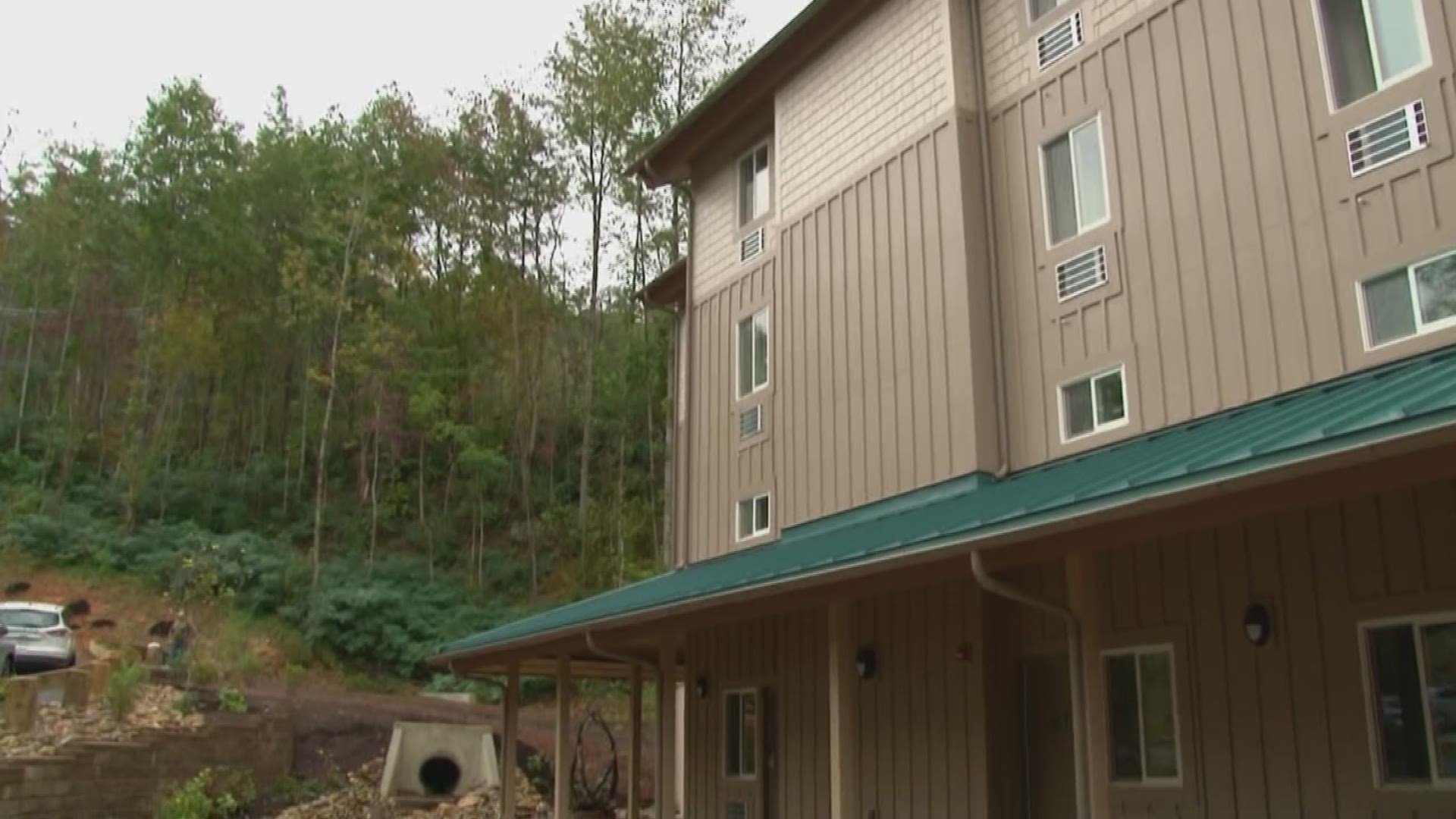 Gatlinburg, Tenn. — A brand new dormitory is much more than new construction at Arrowmont School of Arts and Crafts in the heart of Gatlinburg.

It is a sign of hope, resiliency and community.

A year ago, the building site was covered in dirt, steel rebar and burn scars.

Arrowmont School of Arts and Crafts in Gatlinburg "survived" the Sevier County wildfire, but two buildings were destroyed.

“It’s been quite an undertaking,” said Bill May, Arrowmont executive director. “We got this building up in about a year. I like to say that we built back better. “

May was on the property at daybreak after the wildfires in November 2016. Arrowmont lost three buildings, but much of campus was still standing.

MORE: 'Arrowmont Lives On': Gatlinburg School of Arts and Crafts rebuilds after wildfires

Gatlinburg's Arrowmont School of Arts and Crafts opens a new dormitory nearly two years after being destroyed by wildfires.

“We have 42 rooms now and all the rooms have private baths, which is something that had been requested of us for a long time,” said Mays. “The porch is actually larger than the porch that it replaces. And we have the amenity of a fireplace, so we can extend the use of it a little bit longer.”

The dormitory also features an apartment, handicap accessible rooms and an elevator.

The new dorm cost more than $4 million to build. Insurance money and community donations have helped cover the cost.

Arrowmont is launching a $20 million capital campaign, which includes a scholarship for artists with no formal training.

“We’re trying to endow some of our programs, our scholarship, our maintenance, so we’ll be able to maintain these historic buildings and these new buildings," May said. "We want to continue to offer the best experience, the best instructors and the best equipment in our studios. We have a beautiful place here and we look forward to sharing it with the community.”

As part of the rebuilding effort, the school also has a new entrance.