Groups from across the state will meet with lawmakers in Nashville. 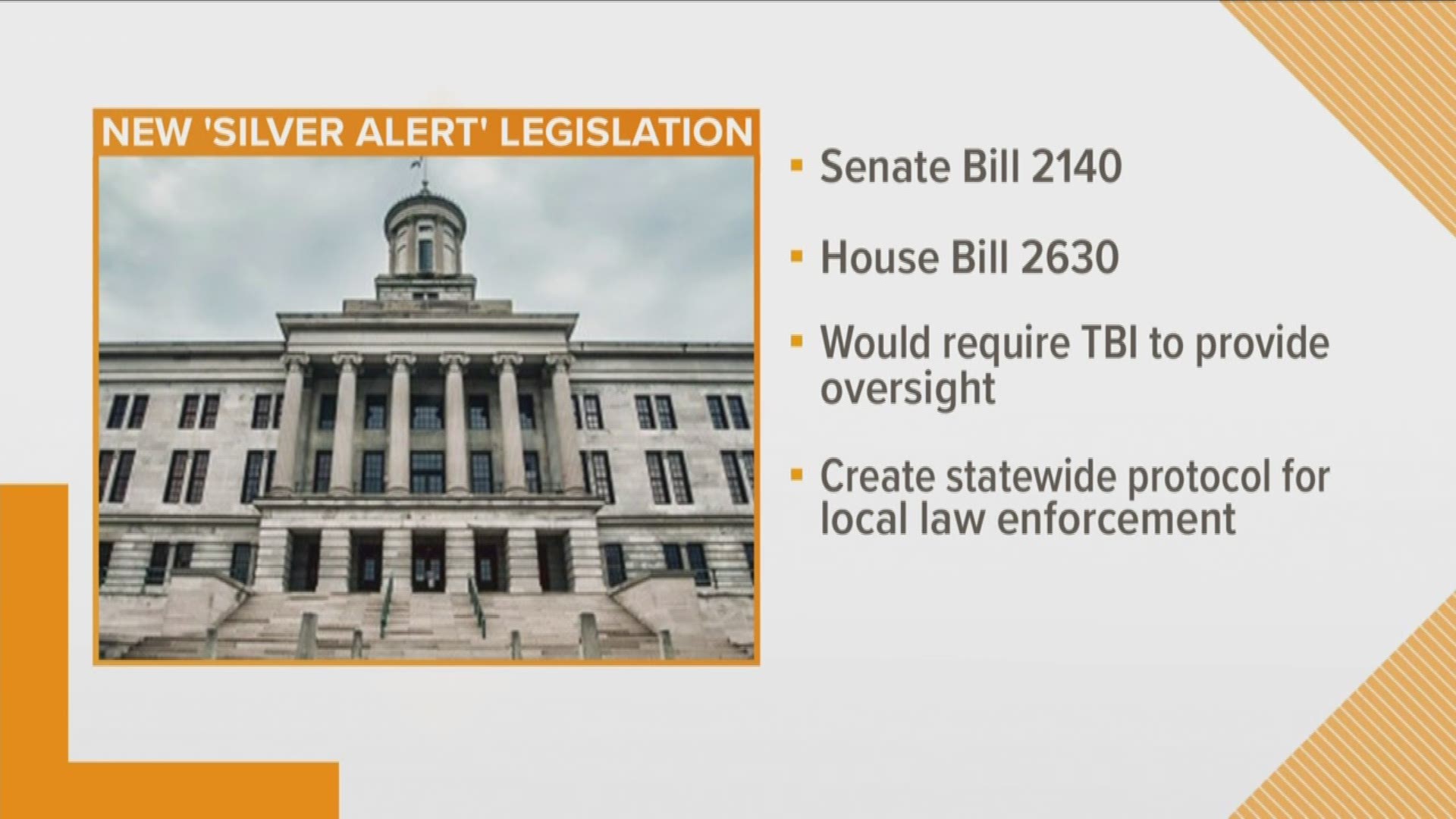 KNOXVILLE, Tenn. — Alzheimer's Tennessee advocates are heading to the state capital to push for a unified Silver Alert system.

A Silver Alert is issued to the public when a senior citizen goes missing, in order to help find them. According to a release, 60% of people with Alzheimer’s disease will wander at some time during their illness.

RELATED: 'We've had too many tragedies' | Local advocates continue to push for changes to Silver Alert system

If passed, both bills would require the TBI to provide oversight in issuing the alert. That would include providing more education and training. The legislation would also create a new statewide protocol for local law enforcement to follow.

Groups from all over Tennessee plan to meet with legislators in Nashville beginning at 10:30 a.m. E.T.