City of Knoxville playgrounds reopen. Here's how to enjoy them safely

For months, city playgrounds have sat empty and roped off due to the coronavirus. 10News spoke with an infectious disease doctor about how to enjoy them safely. 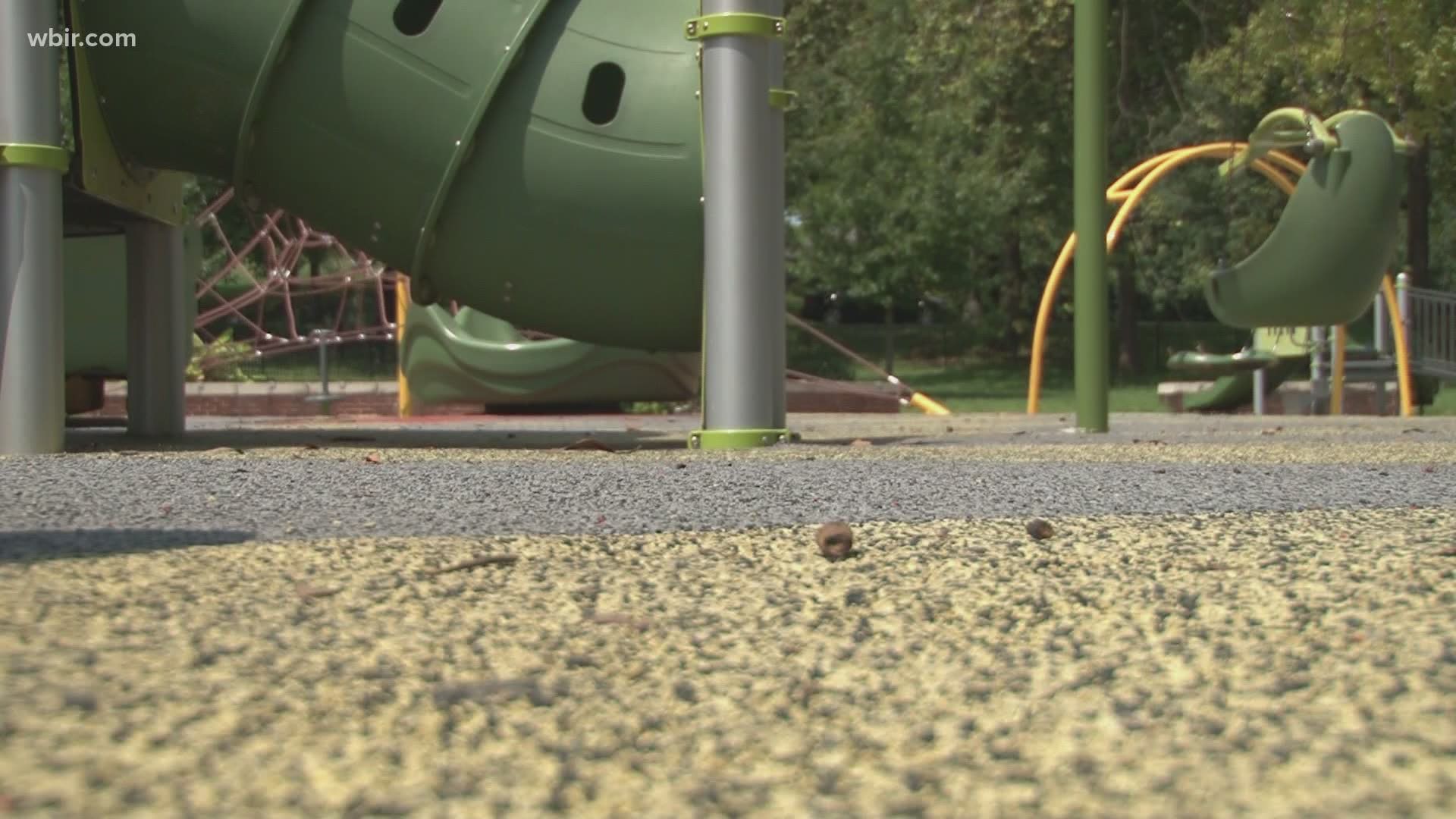 KNOXVILLE, Tenn. — When Sandy Albright saw children playing on the playground at Lakeshore Park, she was thrilled. Her two granddaughters enjoyed climbing and swinging on the different equipment.

"I went, 'Hallelujah' and we came down here," Albright told 10News. "I'm a proponent of fresh air and sunshine... Being outside is good for the kids and it's good for me."

A spokesperson for the city of Knoxville told 10News its playgrounds reopened Friday, Aug. 21 following a lot of requests from the public. While there are no additional cleaning protocols, they have added bilingual signs at playgrounds to remind families of the five core actions.

Knox County Schools, according to their reopening plan, is also allowing students to use the playgrounds.

10News spoke with Dr. Leigh Howard, a pediatric infectious disease physician and assistant professor at Vanderbilt University Medical Center, about how to enjoy the playgrounds safely.

"Everybody's really ready to get outside and ready to return to normal and start playing again with their kids," Dr. Howard said. "I think that, for the most part, that's a really good thing."

RELATED: Local therapist talks about how to deal with back-to-school stress

The first thing Dr. Howard said to look for is how many people are on the playground.

"It's hard to keep kids from interacting with other kids on the playground. That's sort of what they're intended for," she said. "If the playground is pretty crowded, I might try to avoid a more crowded playground and play with my child more one-on-one or within the household unit in a separate area."

Once you get there, following the five core actions is still just as important as ever.

"The things that we're doing indoors are just as important to do outdoors," she said. "Making sure that your masks fit well. Not that they're dangling loosely below your nose, but that it really covers both your nose and your mouth and being really vigilant about hand hygiene."

Research from the Centers for Disease Control shows "the primary and most important mode of transmission for COVID-19 is through close contact from person-to-person."

While the CDC said lab studies have shown it is possible for a person to get COVID-19 from "touching a surface or object that has the virus on it and then touching their own mouth, nose, or possibly their eyes," it isn't thought to be the primary form of transmission.

"Anything that may come into contact with people's hands or secretions thast may come out of people's mouths when they're talking or they're coughing," she said. "If you're able to wipe those surfaces down, that can just add a little bit of an extra boost of cleanliness and a little but of an added boost of protection."