Crews are focusing their efforts on flood control, releasing water and making space to store more rain at Cherokee, Douglas and Norris dams. 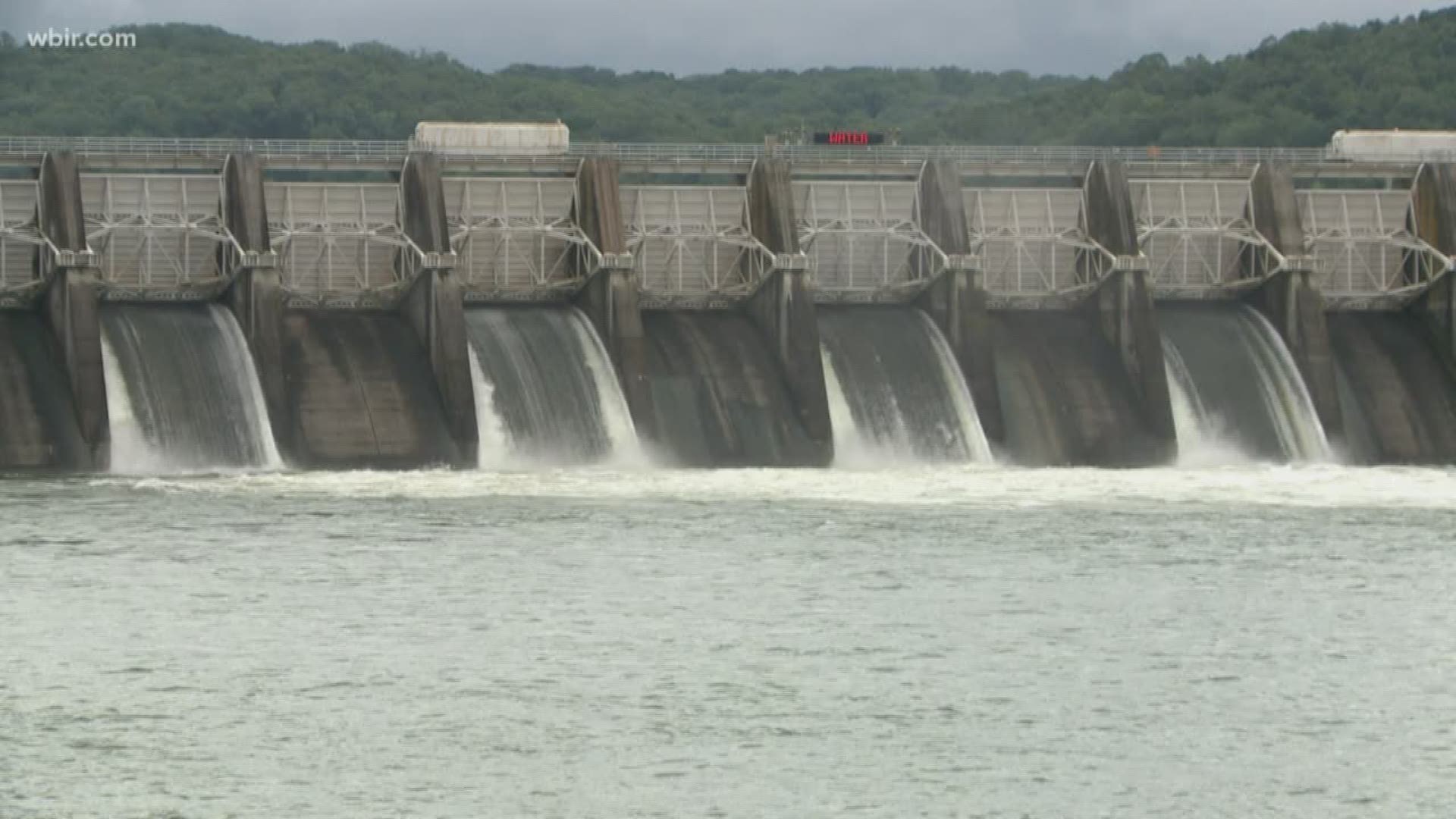 KNOXVILLE, Tenn. — The Tennessee Valley Authority is preparing for another round of storms today.

Flows from the dams are higher than normal. The plan for TVA is to continue releasing water from nine dams along the Tennessee River.

“We'll be looking at flows on the river and doing what we can to reduce flooding on the mainstem of Tennessee," said James Everett, Manager of TVA’s River Forecast Center. "That includes Chattanooga, Knoxville, Huntsville Alabama ... even all the way out to the Ohio River."

At Fort Loudoun Dam, TVA is releasing more than 300,000 gallons per second. That number is not unprecedented but it is higher than normal for this time of the year.

“This January of 2020 is already trending very wet. We've already had several inches. Actually, we're above normal for the month already,” said Everett.

According to Everett, crews are focusing their efforts on flood control, releasing water out and also making space to store more rain at Cherokee, Douglas and Norris dams.

Dams can be dangerous as they spill water, so Everett said it is best that boaters and fishermen are aware and stay a safe distance away.