'You think it's a reflection of you, something you did wrong' | Breaking the silence on miscarriage

It's estimated 1 in 4 pregnancies end in miscarriage, but it's not something that's openly talked about. Hopeful mothers may feel lonely, but they're certainly not alone. 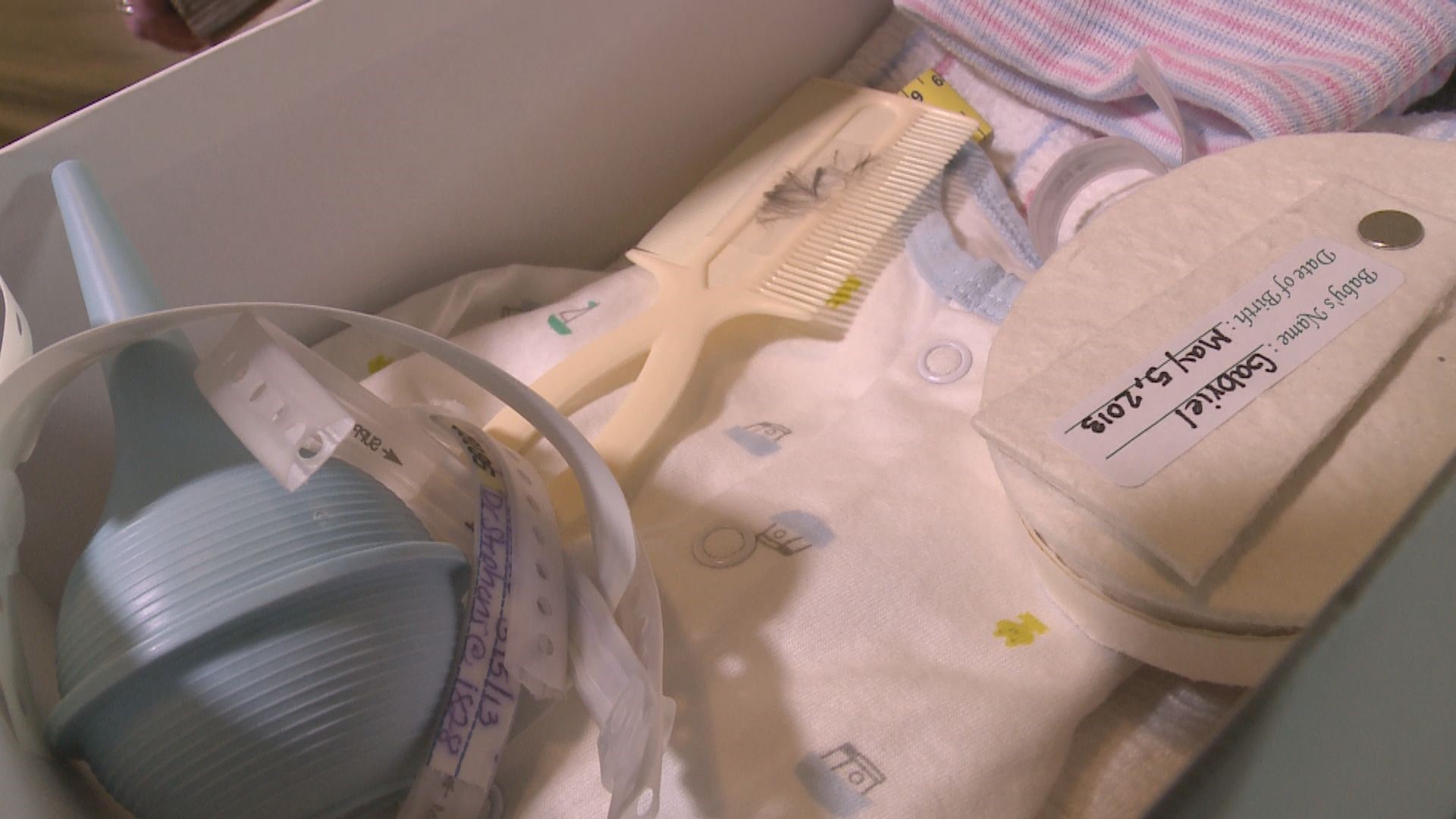 KNOXVILLE, Tenn. — Angela Felde treasures playful moments with her children.  She doesn't take a single second for granted especially when she thinks back to her first pregnancy.

“We were so excited and dreaming and thinking about will it be a girl or a boy,” Angela Felde said.

But that excitement turned to heartache.

“It was devastating,” remembered Angela. “I just felt so sad. I had only told a few people and I remember being so embarrassed."

“You think that it's a reflection of you, something you did wrong or you're not strong enough to carry a baby.”

“This blanket is what he was wrapped in the hospital, so I actually slept with it for a week because it smelled like him.

Around 20 weeks, her son was diagnosed with Trisomy 18.

“They told us it was not compatible with life, that he could pass away at any time or shortly after birth,” Lauren said.

RELATED: 1 in 7: Infertility a harsh reality for many couples

“He opened an eye and looked at us and he cried out and we got to hear those things that were just gifts.”

He passed away 2 hours later.

“I realized so many women around me had lost a baby rather through miscarriage, stillbirth or infant loss and I never knew it because no one was ever talking about it,” Lauren said.

“In my office at any one time, there's probably 10 or 20 women that have experienced miscarriages in their lifetime,” Dr. Stephens said.  “Most studies will say somewhere between 10 and 20 percent of all pregnancies are miscarried.”

But Dr. Stephens believes the statistic is actually higher.

Miscarriage is a pregnancy lost before 20 weeks.

“Probably 98% happen before the nine weeks of pregnancy. It's widespread and often times unknown why the miscarriages occur.  Emotionally, it can be a very devastating occurrence. They can become depressed, have anxiety and this may go on for months after an early miscarriage.”

So, the Perinatal Center has full-time Care Coordinator Jill Edds to help women walk through the emotions.

“I really try to listen to people's stories and really understand what the baby meant to them,” Edds said.

Lauren has found healing, and has even grown her family through adoption.

"I like that we can pull these things out and look at them, but also that we know he's in heaven, we have peace with that and life does move on,” said Lauren.  “I took the time to grieve well and I sought out people who could walk thru the grief process with me.”

“I got to hold my baby. I got to remember what it felt like to have him in my arms.  For women who've lost a baby to miscarriage, they don't have those memories.”

“Sometimes people don't talk at all,” Edds said about the support group.  “Sometimes they'll even sit in the parking lot and don't come in.”

This time, Angela found the courage to open up to other women in the support group.

“When I heard everyone's story I just thought oh that's so much harder than mine."

“My heart just dropped and all I can say is fear just filled me. I needed prayer, I needed support and community.”

Being a mother made this miscarriage even worse for Lauren.

“It almost makes it harder because you know what you're missing."

But Angela finds solace through support and God's word.

“I believe my two children that I miscarried are in heaven and they're with the Lord and not experiencing any pain and one day I will see them again. So, that does bring comfort to me, but it’s still hard.

What to say to someone who has miscarried

“I think the best thing anyone can do is respond by saying I’m sorry,” said Lauren.

‘‘You can have more kids’ or  ‘At least you have kids- be thankful for them,’’ said Lauren.  Those things diminish the grief that we’re going through and diminish the baby that was lost.”

Also, Lauren says to show up with dinner or do laundry and especially reach out with a gift or card during holidays.

“We all see so many pictures on social media of babies and kids during holidays. Those days can be very triggering to those who’ve lost through miscarriage.”

Dr. Gary Stephens says often times fathers are forgotten during miscarriage and can suffer through the same devastating effects as men, but differently.

“Men grieve differently than women.  Men are supposed to macho and protect our women and prevent them from hurting, and so we feel a loss that we have let them down,” Dr. Stephens said.  “And so, we try to put up a wall of strength and comfort and to be there, but at the same time we don’t exhibit our feelings of loss and grief and sometimes that’s a strain on a relationship because sometimes women feel like the men don’t care and that’s far from the truth.”