As we get our first look inside the $40 million 'Ancient Lore Resort', not everyone is happy about it

Tom Boyd's resort plans are only getting started, but neighbors want to put a stop to it. 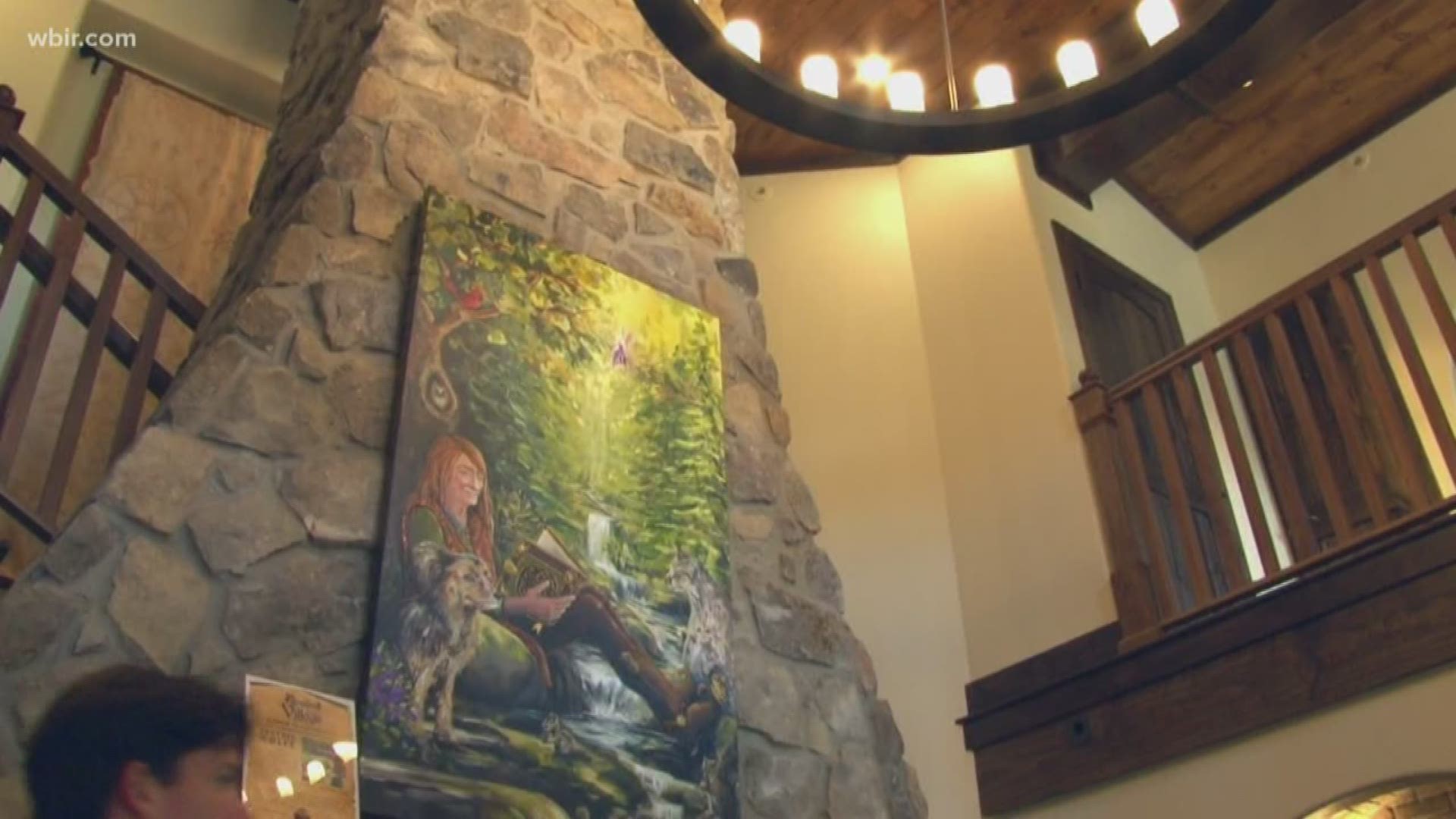 Visitors to "Bodee's Bungalow," the first dwelling in multi-millionaire Tom Boyd's fantasy resort proposed for South Knoxville, are greeted with an original oil painting of Boyd himself, stylized as a fictional character from his 88-page book.

At a tour for city and county leaders who will eventually vote on zoning and regulatory approvals for the "Ancient Lore Village at Boyd's Hollow," the extent of the 1,600-square-feet model home is revealed.

"Over our heads is 75,000 pounds of dirt, 2,600 gallons of plant material, we have 3,000 twelve inch blocks around us and behind me is a thousand tons of gravel back-fill," Ancient Lore CEO Matthew Cross said.

The villa, which features two bedrooms and an upstairs "kids space" with bunk beds, is one of 150 planned for the development. Also included in plans: a 150-seat restaurant, a 500-person meeting and event center, and a 1,000-seat outdoor amphitheater on land off of Nixon Road and Old Sevierville Pike.

And at least one Knox County Commissioner appears to be on board.

"It’s amazing, it really is amazing," Michele Carringer said. "This is more of a serene peaceful type of resort and I think our world needs more of that."

She urged locals to come by and see the model dwelling for themselves before passing judgement.

The resort is hosting a number of open house events in the coming weeks.

All proceeds from each weekend will go directly to a different local non-profit:

But, the neighbors across the street aren't happy with the resort's plans.

Jennette Heikes, who recently moved into a newly built home overlooking the Lore site, said she doesn't see any positives to the development. In fact, she believes granting a special zoning ordinance would set a "wrong precedent."

The County Commission recently delayed a vote on that zoning ordinance until January 2020 until the city and county both have a "planned development" procedure in place. That's the type of zoning exception Ancient Lore needs.

Cross said the resort's "aspirational opening date" has been pushed back until the summer of 2021. After that, he said the company plans to expand Ancient Lore resorts nationwide.