One AE mother shared a photo of the AE football team standing in support of the opposing team as they got on their bus. 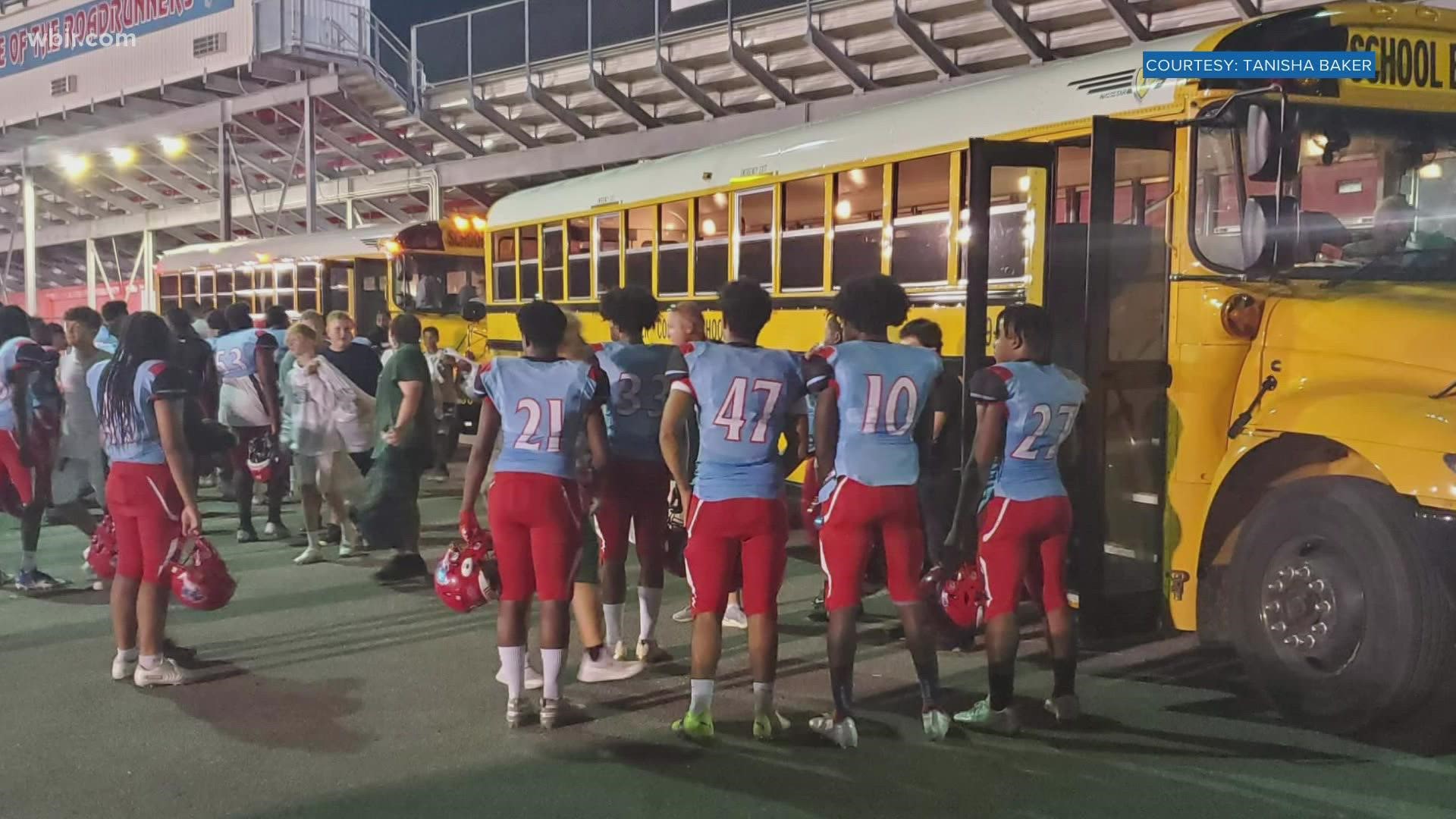 KNOXVILLE, Tenn. — Friday night, a shooting happened near Austin-East High School. It happened during the homecoming football game, putting a pause on the action.

But, both teams eventually came back out and played with their hearts on their sleeves.

By the end of the night, the AE football team also showed their hearts off the field.

AE mother Tanisha Baker shared a picture on social media, showcasing the AE football team standing in support of the opposing team before they got on their bus.

"It was awesome. It was moving," Baker said. "I almost got a little teary eyed actually."

She said she was told the team wanted to stand their and show their appreciation for staying through the entire game despite the night's events.

"It speaks to the resilience and the hope that lies within the community," Baker said.

The AE mother said it is still frustrating to see any type of violence in the community.

"We are frustrated. There are times when we are facing challenges but that's not all we are," Baker said.

Baker said there are still a lot of positives to highlight in East Knoxville.

"The positive people, the great energy, the compassion, the citizenship...it's a community that cares about each other," Baker said.

She said she wants her post to bring a sense of hope and realization there's greatness within the AE community.