Baby on board? Photo of mom working with son on her back is 'inspiring' 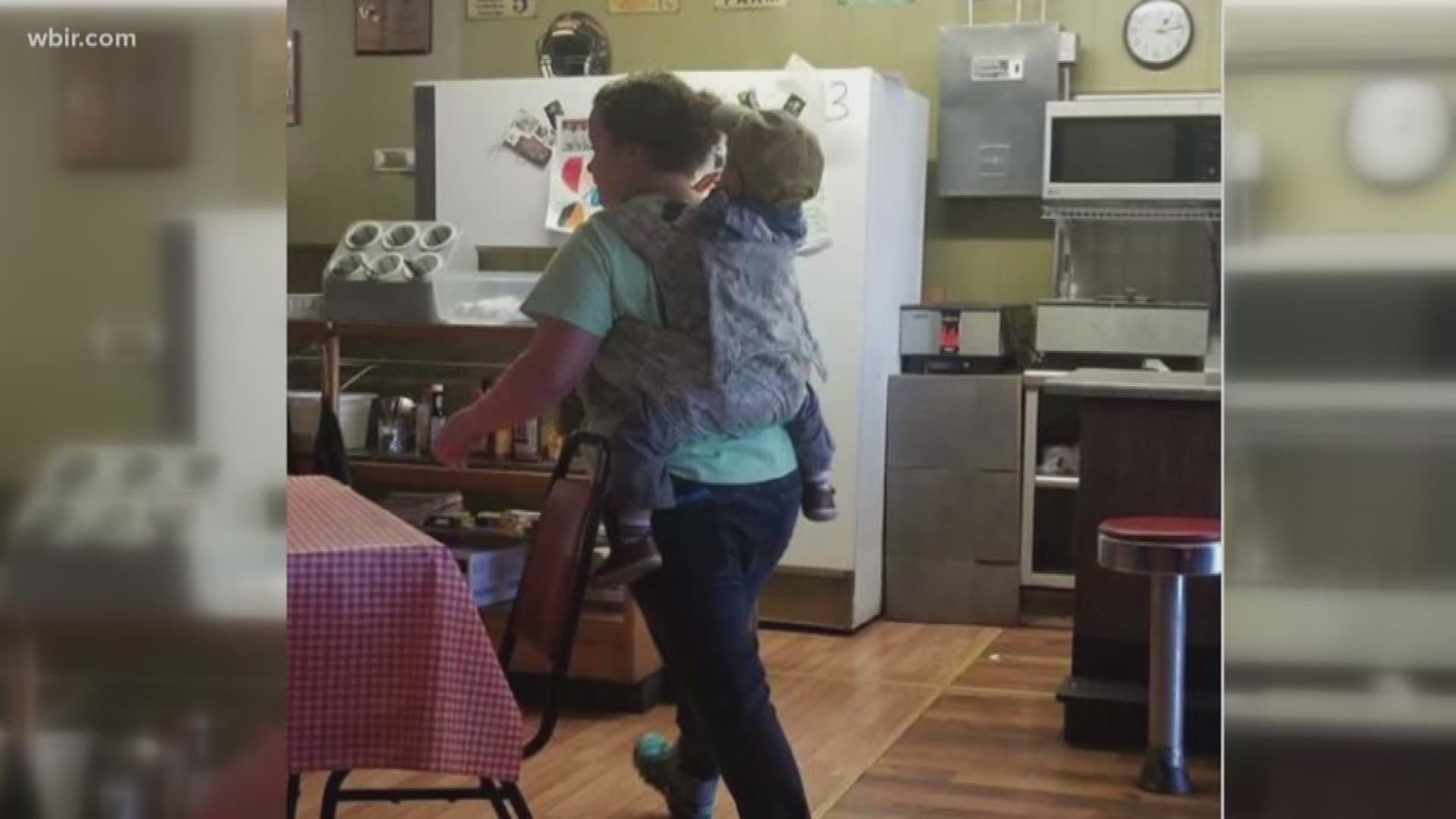 When Kelley Gentry stopped in at the Greenback Diner for a bite to eat, her jaw dropped.

"I thought it was just a customer walking around with her baby on her and she started waiting my table and I was like "oh my gosh," Gentry said.

It was her waitress hard at work, with her son strapped to her back.

"I started watching her and she was everywhere. She was really bussing every table," she said. "I didn't want to make it like a scene or anything so I took a picture of her because it was just inspiring."

She posted the photo to Facebook with the caption "Shout out to this awesome mom doing what it takes to make ends meet...she deserves to go viral."

Turns out Kori Dotson is the supermom in question.

"I didn't even know who Kelly was," Dotson said. "I was just in my own little zone. It was crazy that day."

When Dotson was called into work a couple of weeks ago, she faced the same dilemma of many working moms when the sitter is away: what to do with her kid.

So she loaded him up on her back and brought 2-and-a-half-year-old Rhody along with her.

He can be a handful.

"He loves to just ride and talk to people and he’s just a social butterfly so he loves every minute of it," she said.

So she puts him to work wiping down tables and tossing used spoons in the sink.

"Whether it's feeding cows with Pappy or handing out menus, I want to teach him to be a hard worker and have fun at it," Dotson said.

She says she only had to bring her son to work a few times, but she's grateful the diner is so friendly and flexible.