They wanted to pay tribute to the moon landing anniversary. 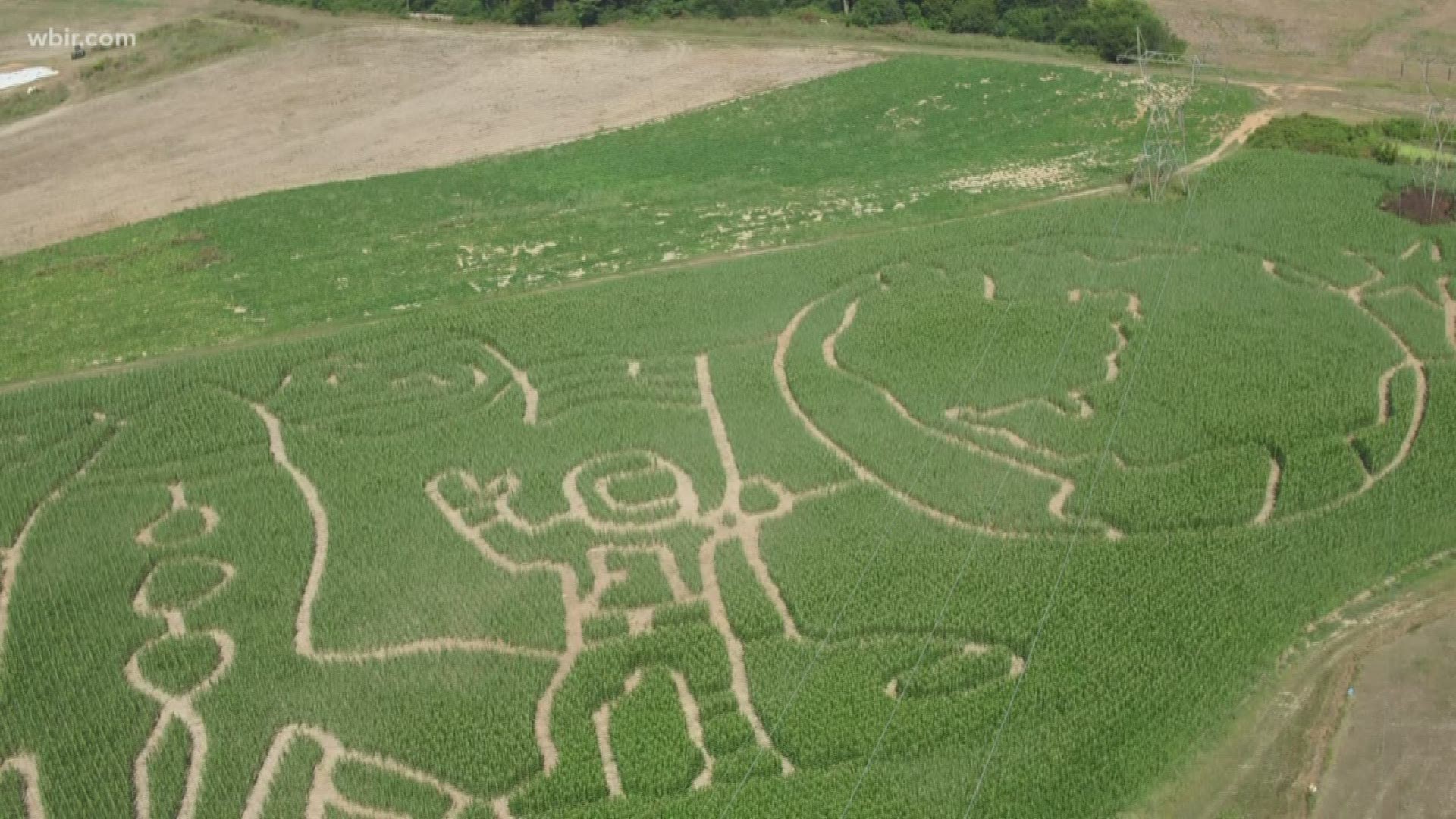 KNOXVILLE, Tenn. — The Ballinger Farm Crazy Corn Maze opens on Friday, Sept. 20, 2019, with a space-themed maze the owners designed for the 50th anniversary of the moon landing.

"We wanted a chance for families to connect and for grandparents to tell their kids and their grandkids what they were doing that day," Backy Ballinger said.

"This year I wanted to get Neil Armstrong with the flag on the moon with at least Earth and the sun and I wanted to throw in a couple of fun planets that I knew kids could pick out easily like Jupiter and Saturn."

The Ballingers start the design process by mapping out the cornfield.

"I've got a GPS that I use and walk around the perimeter of the field to give us an outline," Dustin Ballinger said.

Then, Becky Ballinger fills in the design for the maze.

"Then, he goes through and plugs it into this GPS and walks it by foot while my father-in-law follows behind him with a lawnmower. We do all the work ourselves, which kind of makes us unique," Becky Ballinger said.

The maze itself is just half the fun. The farm has slides, new swings, and Dustin's favorite part, the hayride to the pumpkin patch.

Credit: WBIR
Guests can take a hayride to the nearby pumpkin patch to pick out a pumpkin straight from the vine.

"You get all these kids on the wagon and as we start getting closer and closer to the patch, people start seeing the pumpkins. Then, you see the kids getting excited. They're so excited to be able to pick a pumpkin from an actual vine," Dustin Ballinger said.

Getting to show families where their food comes from is one of the reasons the Ballingers love hosting the maze every year.

"There's kind of a missing link between the table and the farm, and they don't understand where everything comes from," Dustin Ballinger said.

Credit: WBIR
Admission is $11 and includes all of the farm's activities.

"It just gives kids a chance to come out and be a farm kid. We were blessed with that childhood, and we love being able to share that with other children," Becky Ballinger said.

The maze is open for the season on  Fridays, Saturdays and Sundays beginning Sept. 20. Admission is $11 and that includes all the activities.