"There's a chance that [COVID-19] could be passed from humans, and we didn't know how our bat populations would react," officials said. 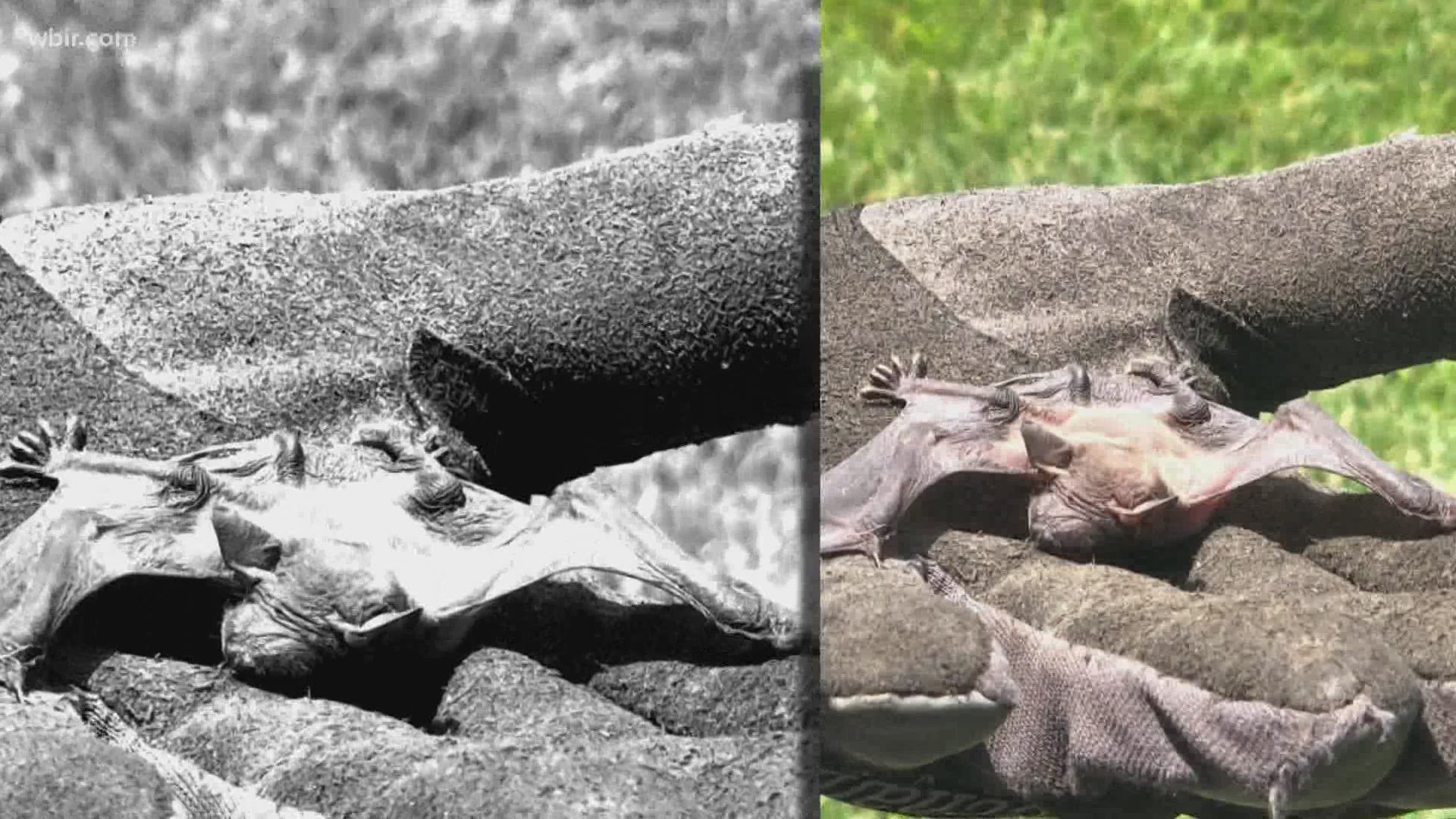 KNOXVILLE, Tenn. — Josh Campbell is used to seeing bats during the hot, summer months, but how he handles them is different this year.

"We can work with bats. We just have to use an increased level of personal protective equipment to minimize or eliminate the chance of us passing COVID to the bats," Campbell, a Biodiversity Coordinator for TWRA, said, citing a list of guidelines released by the U.S. Fish and Wildlife Service.

The USFWS previously stopped all bat-handling activities like surveys and studies, but have recently allowed contact as long as professionals are wearing PPE.

Campbell said the concern is whether humans can transmit COVID-19 to bats; an animal with an already fragile population and several endangered species in Tennessee.

"We don't know if it's going to impact the species, the bats that are already suffering from white-nose syndrome. So, with the impacts that they're seeing, a new virus may actually make that worse," Campbell said.

Gearing up for bats is nothing new for Michael Graham; the owner of East Tennessee wildlife Management.

This biggest change he's noticed with the USFWS guidelines is the way he is supposed to report bats in people's homes.

"It has changed as far as the way that we have to report any kind of bat jobs and any kind of work that we do as far as removing bats from a structure," Graham said.

Graham said people tend to fear bats even though he says they're docile creatures. When it comes to COVID-19 though, the bats have more to fear from humans than they do of bats.

"As of right now, the trend of actually getting COVID from bats is zero. This particular strain of coronavirus is not present in our North American bats," Campbell said.