Bears struggle to find food ahead of hibernation, move in to mountain towns

Just because they're struggling doesn't mean we should help them out by giving them our scraps. 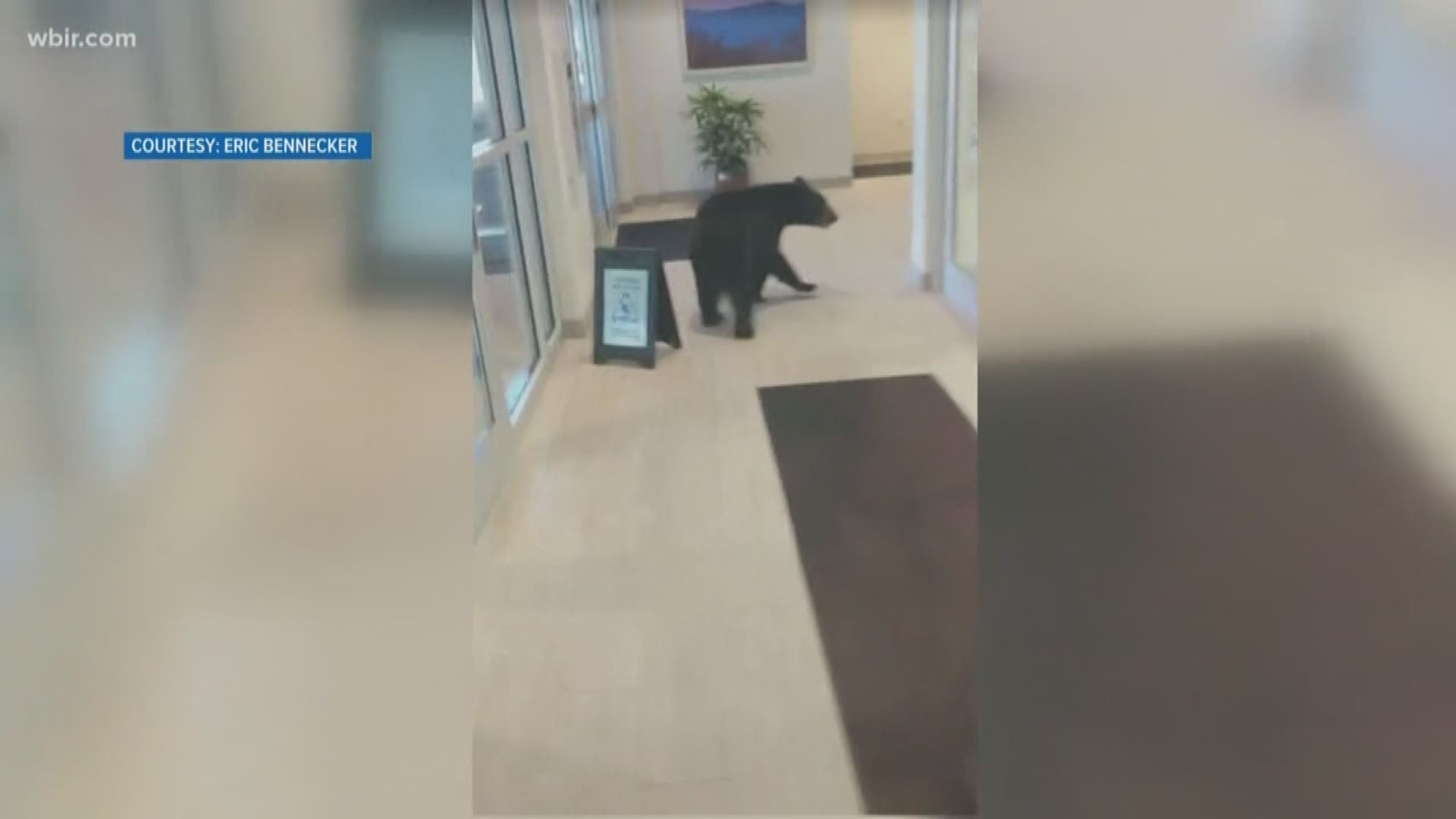 It won't be long before black bears start hibernating in the Great Smoky Mountains National Park. But first they need to fill their tummies.

Bears are once again being spotted in public places, like the Margaritaville Resort in downtown Gatlinburg.

They're sharing spaces with people in several towns near the mountains.

Wildlife specialists said it's because they're having a hard time finding food this fall.

"There're some indicators out there saying that bears are struggling right now to find food and so what ends up happening is we start seeing bears show up in town again," said Bill Stiver, Supervisory Wildlife Biologist for the Great Smoky Mountain National Park.

Stiver said the oak trees in the park didn't produce a lot of acorns this year. It has to do with how last year's weather affected when the trees bloomed, and started growing the nuts.

Acorns are a main food source for the black bears, who are now trying to search for hickory nuts. They're sustain the animals, they're just not as desirable. But that search has them on the move.

That brings them pretty far outside the park.

As bears come to town they're risking their lives to find more food.

Stiver said as they cross major roads, there's a big spike in bears getting hit by cars.

"We had a bear killed by a car last night," said Stiver. "In the last two weeks it's almost been a nightly event."

That's why Stiver says it's more important than ever to secure all human food and trash.

"Make sure that we keep attractants up when bears are struggling to find food so that we don't have human bear conflicts."

Just because they're struggling doesn't mean we should help them out by giving them our scraps. They're able to find food in nature, it'll just take a little extra work. And once they're turned on to people food, they start getting more comfortable with humans and have to be put down.

The City of Gatlinburg is working hard to prevent that with the installation of new bear proof trash cans.

They replaced 46 open top trash cans with new ones between Mountain Mall and the Gatlinburg Convention Center.

These cans are secure, solar powered and can compact trash inside. It's almost impossible for a bear to access what's inside.

"If bears are struggling to find food, we need to do even a better job of managing our attractants," urged Stiver.