Behavioral health facility to open soon as an alternative to jail

"This has every opportunity to be a game changer for our community. It gives them a platform for help instead of just being locked up." 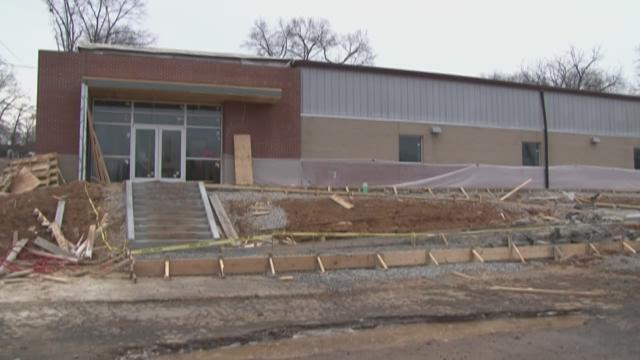 Knox County's new behavioral health facility in expected to open in March, and will serve as an alternative to jail for low-level criminals battling drug addiction or mental health issues.

Once someone arrives at the facility, they will attend groups and classes designed to help them come to terms with and treat their problems, instead of just sitting in a cell. They will spend just a couple of days in the program before being released with supervision.

"It’s just a brand new way of thinking about the criminal justice issues," said Randy Nichols with the Knox County Sheriff's Office. "If I lock you up and you make bail or you serve time, we put you back on the street and nobody looks at you. That’s why they’re coming back to jail."

The program will be run by the Helen Ross McNabb Center in conjunction with the city, the county and local law enforcement. The facility at 3343 Dewine Road is planned to have 24 beds.

It is one of the first facilities of its kind in the country.

The Behavioral Health Urgent Care Center in West Knoxville is expected to open in March 2018.

"You have an opportunity to get treatment instead of going to jail. We believe that with an investment in treatment in people’s lives, they aren’t going to continue returning to jail," said Jerry Vagnier, the President and CEO of the Helen Ross McNabb Center. "This facility is specifically designed to help people who have a mental health or a substance abuse issue who have come in contact with law enforcement in the community to be diverted from jail."

Currently, there are around 1,400 inmates serving time in jail in Knox County. The goal of the new facility is to lower that number by giving people the option to avoid jail and instead focus on addressing behavioral health issues.

People who commit crimes like trespassing or public intoxication will have the option to enter treatment at the BHUCC facility instead of going to jail.

"When they leave this facility, we’re going to follow them into the community with case work and case management to make sure that they keep the appointments that are going to be necessary for them to begin a life of recovery," Vagnier said. "This has every opportunity to be a game changer for our community. It gives them a platform for help instead of just being locked up."

Construction on the building is scheduled to wrap up by the end of February and the facility is set to be operational by early March.