Tellico Plains Police Department has opened an investigation after a popular topiary called "Bent Over Lady" was set on fire Wednesday. 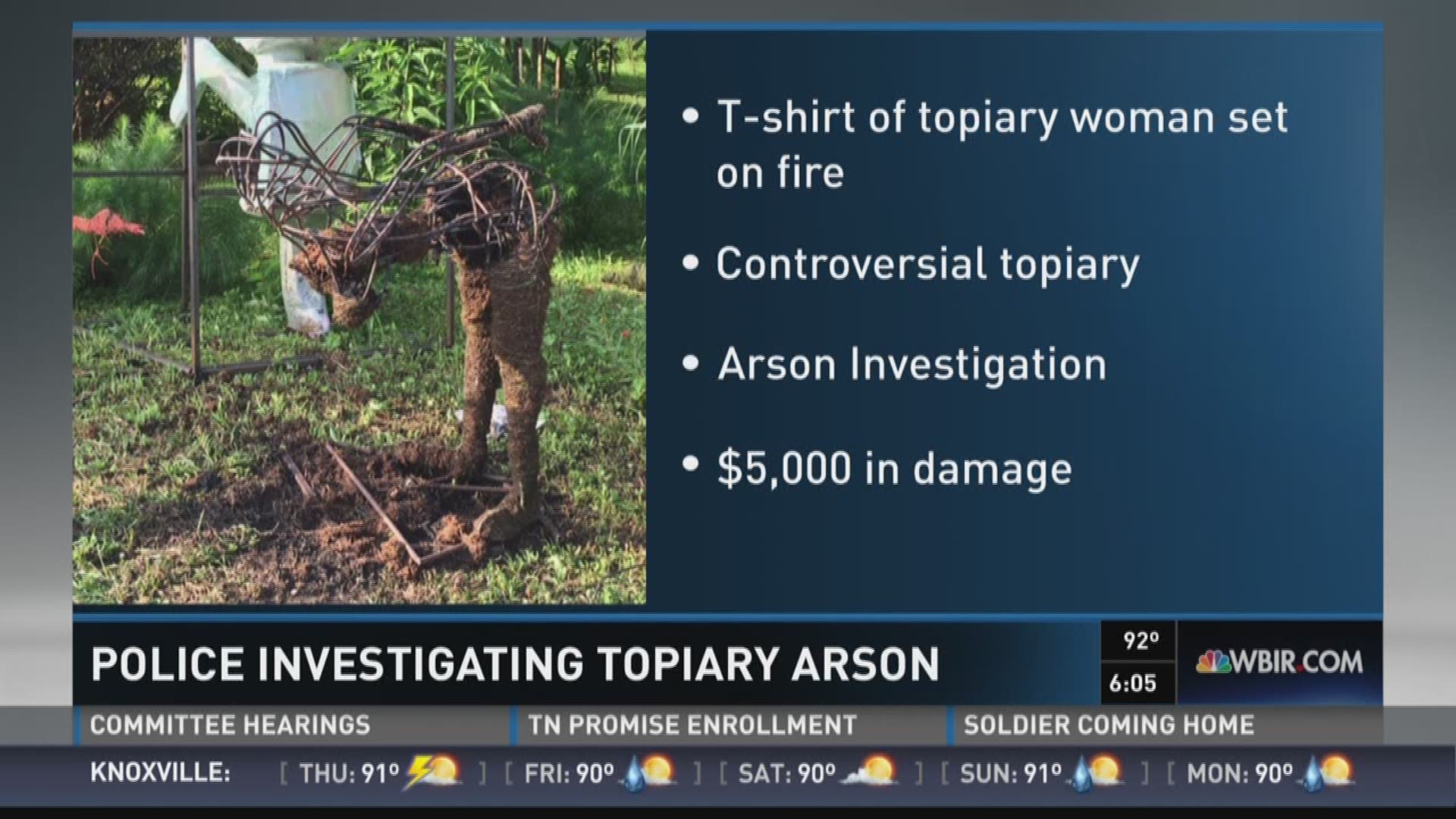 Tellico Plains Police Department has opened an investigation after a popular topiary was set on fire Wednesday.

According to officials, dispatch received a call around 2 a.m. about a brush fire on Cherohala Skyway. A police officer was the first to arrive on scene and used a portable fire extinguisher to put the blaze out.

TPPD said the fire appeared to have been started when someone set fire to a t-shirt the topiary “woman” was wearing.

Better known as the “bent over lady,” the topiary has been the center of controversy because it depicted a woman bending over with her rear-end facing traffic. The topiary is one of many creations designed by artist Joe Kyte, who has created topiaries for events and locations around the world.

Investigators are calling the fire arson, according to TPPD. They are following leads, but no suspects have been named.

The damage is estimated at $5,000, and TPPD is encouraging anyone with information about the fire to contact them.