Bill Baker, Sr., 86, was found Wednesday afternoon in a wooded area of Bell County, Ky. Officials are investigating the death. 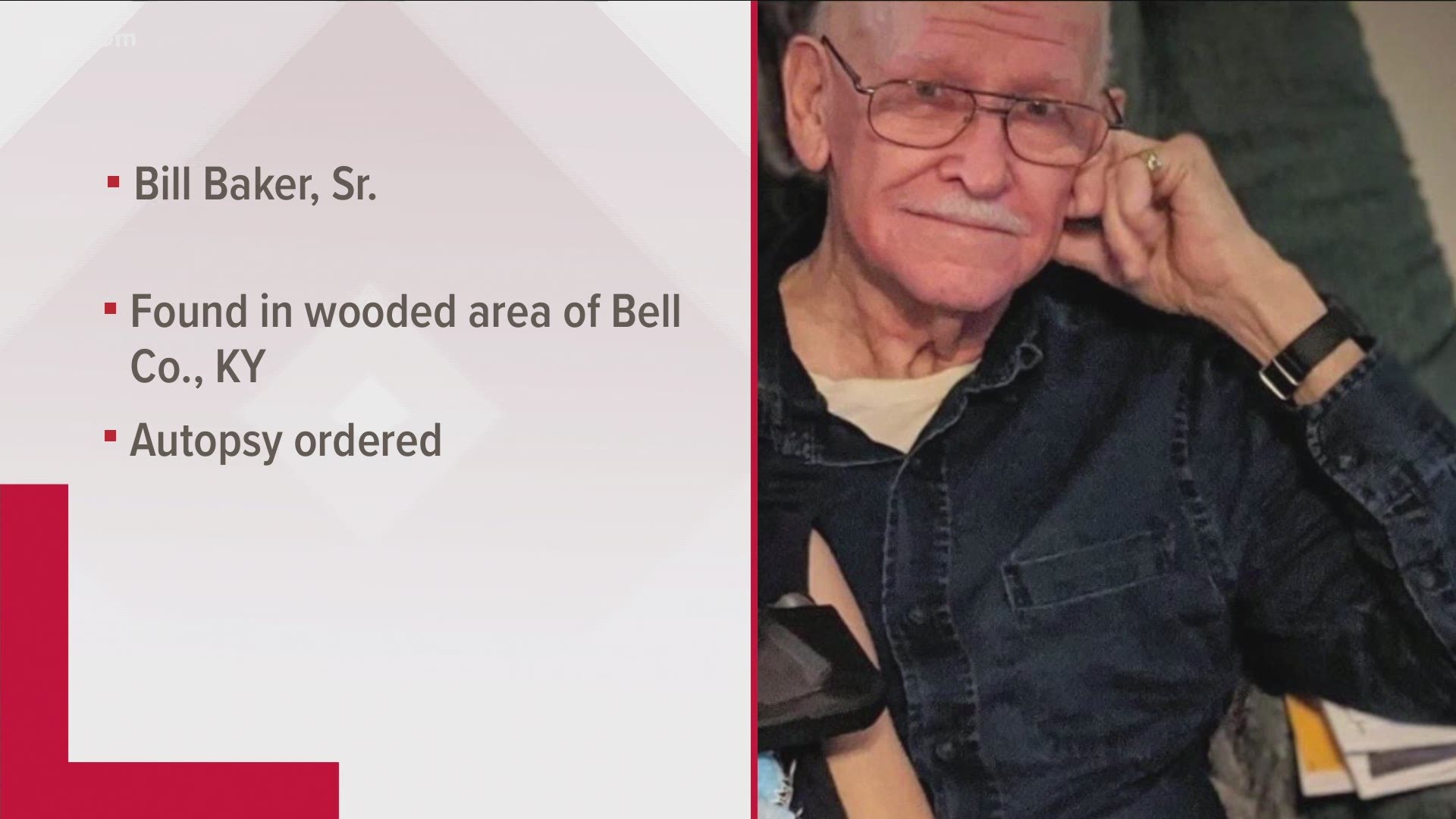 Officials say a call came in to 911 around 6:00 p.m. Tuesday, reporting a body in Page Cutoff. Once officials were on scene, they discovered the body of Baker up a mountainside.

Officials ordered an autopsy. Those findings will be turned over to Bell County Deputy Adam Southern, who is investigating the death.

The person who found the body was in the woods looking for deer sheds, according to police.

The Claiborne County Sheriff's Office is asking for the public's help to find a man who has been missing from his home in Cumberland Gap since February 16.

Bill Baker, Sr., 86, was spotted by an employee of the Auto Zone in Middlesboro, Kentucky, on Feb. 24, according to the sheriff's office.

If anyone has any information on Baker, they are asked to call Claiborne County Sheriff's Office Criminal Investigations Division at 423-626-3385 or call 911.