Billboards remind drivers of the dangers of opioids

The organization hopes to raise awareness for the drug epidemic. 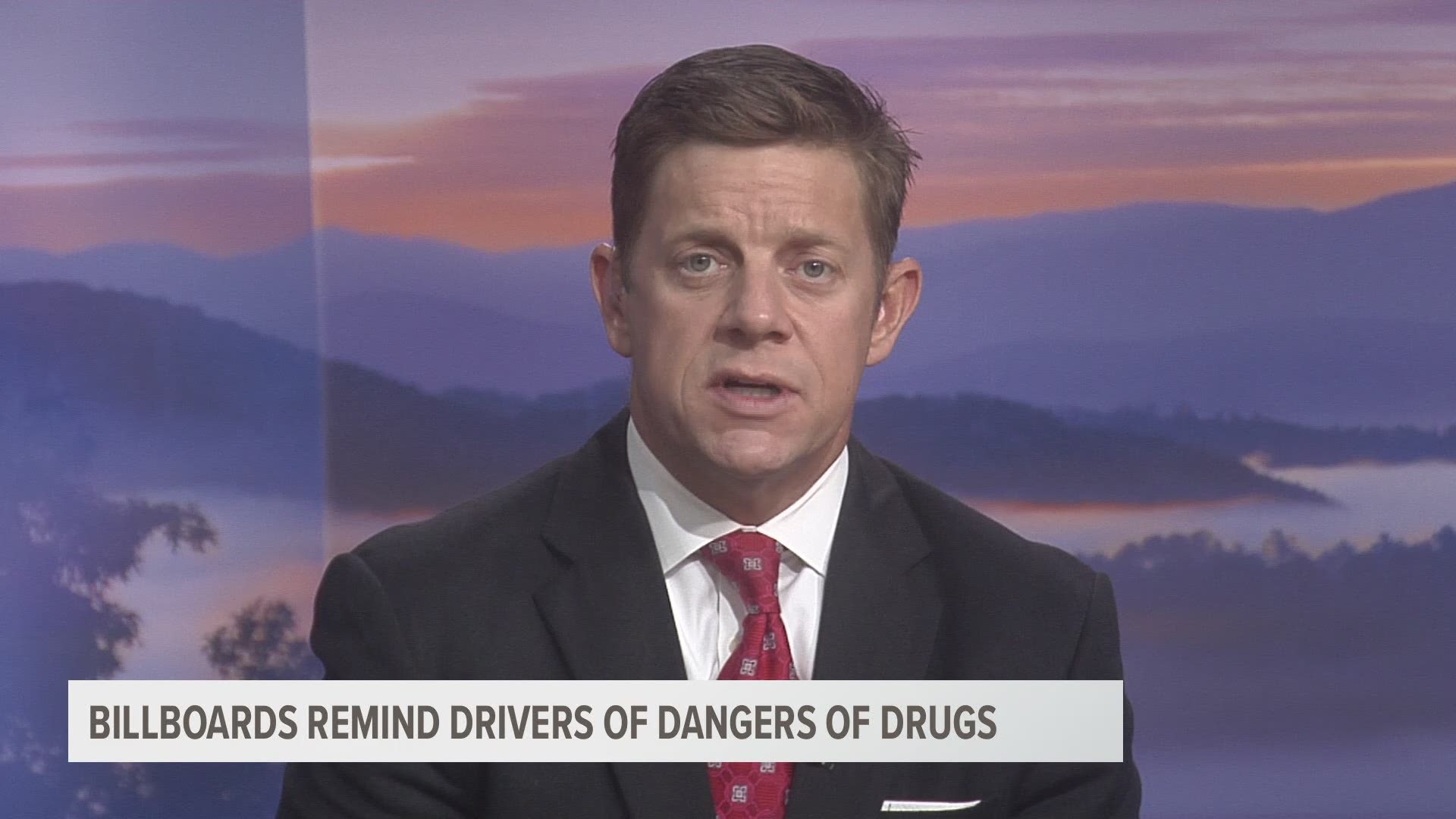 KNOXVILLE — If you want to put a face to a number, a billboard is a good place to start.

Billboards across East Tennessee now have the faces and stories of overdoes victims and survivors.

The Tennessee Overdose Prevention organization is raising awareness for the opioid epidemic by catching driver's attention as they head down the road.

"I hope they see a beautiful young life and wonder, hey if it can happen to her, it can happen to me," said Donna Towe, whose daughter overdosed in 2015. "I will never have a whole heart again ever. Nothing can ever bring that back. That’s your child."

Her daughter Taygan overdosed three years ago. Now her picture reminds drivers heading down the road about the dangers of the opioid epidemic.

"People would say it won’t happen to you. Don’t ever believe that," said Towe. "I’m still floored every day about how did it get to this point."

Tennessee overdose prevention works to provide the overdose reversing drug Naloxone for those who need it.

The billboards remind drivers it can save a life.

"He was great. He was kind, he was sweet, he was respectful, and yes of course he was beautiful," Rebecca Ballard remembers of her son, Jesse, who overdosed in May. "I think something needs to be done. Something needs to happen. Things need to change."

Tennessee Overdose Prevention will hold a vigil and day of remembrance for overdose victims. The event will take place on Friday at 5:30 p.m. at Volunteer Landing.

As the numbers continue to climb, Towe hopes her daughter’s picture will stop others from going down the same road.

"We come over and hang out in the parking lot and look at her and talk to her," said Towe. "In the end, it brings us a little comfort, but it’s still such a sad story."