Renee Kesler, the President of the Beck Cultural Exchange Center, said Nathan Bedford Forrest's statue represents history but should not be celebrated. 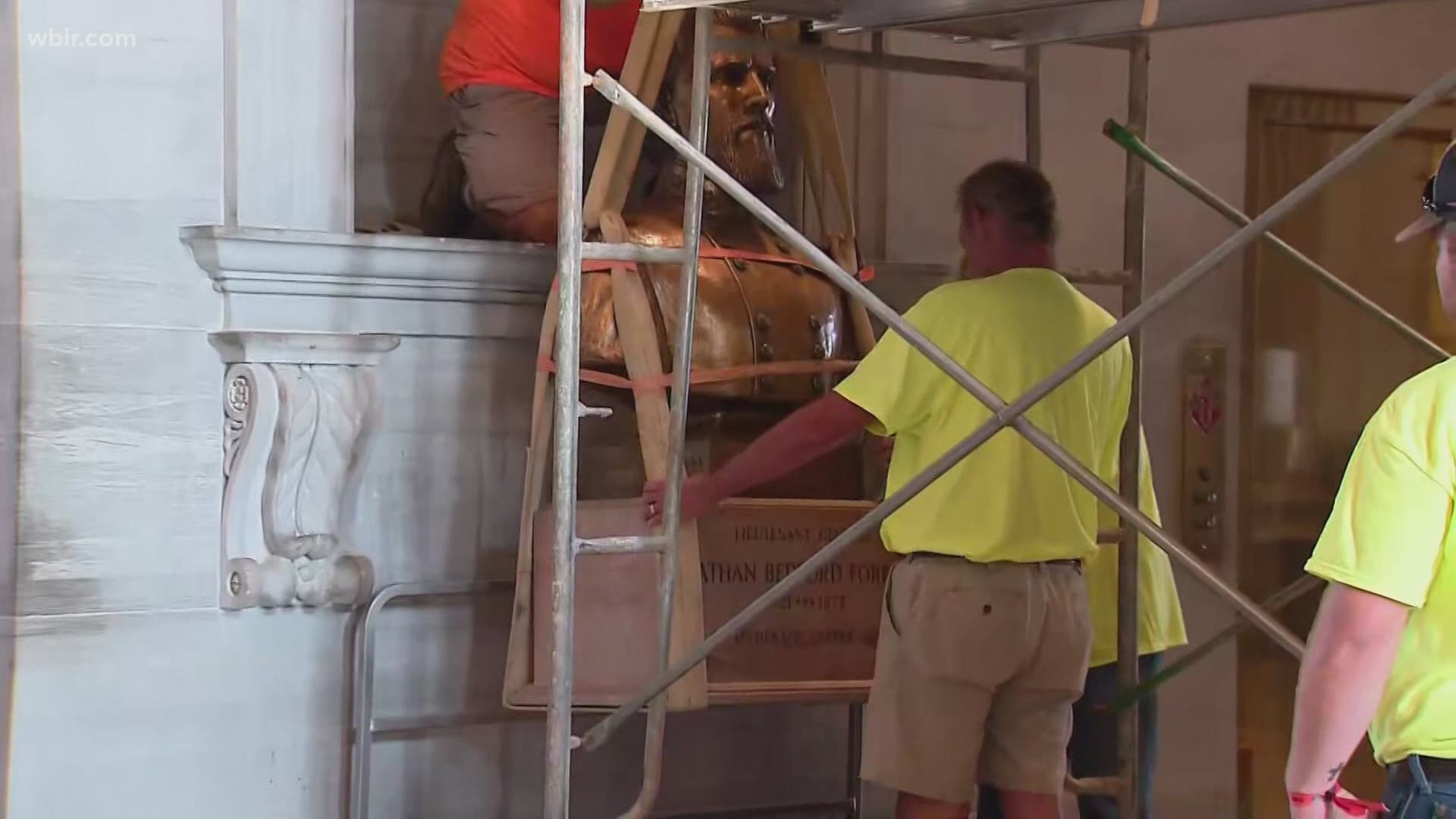 NASHVILLE, Tenn. — A decades-long effort to remove a bust of a Confederate general and early Ku Klux Klan leader from the Tennessee Capitol has finally come to fruition. Crews are relocating three busts, including Nathan Bedford Forest, from the state capitol to the Tennessee State Museum on Friday morning.

Renee Kesler, the President at the Beck Cultural Exchange Center, said state leaders made the right decision to remove the bust. She said it does not represent all of the U.S. and it is better put in a history museum, instead of honored in the Tennessee Capitol.

“History is in its rightful place. History belongs in history, it belongs in the history books, in the educational environment, where we can learn from it,” said Kesler.

Nathan Bedford Forrest was a former enslaver of Black Americans and was an early leader of the Klu Klux Klan. He was also a General of the Confederacy, fighting against the Union in The Civil War.

“And we know that that was a hate organization, our history has told that story,” said Kesler. “Those who enslaved people, those who fought against this country being a country united."

The busts will be moved to the Tennessee State Museum. For some people across the U.S., Kessler said the busts represent hatred instead of history and unity.

"I want to say that I am so proud of the people who would not give up the fight for justice," she said.

Workers began removing the busts Friday morning, and it is headed to the museum where officials said it will soon be on display.

“Find the good and celebrate every time something good happens, so we should take a moment to celebrate,” said Kesler.