Juneteenth marks the day celebrating the effective end of slavery in the United States. 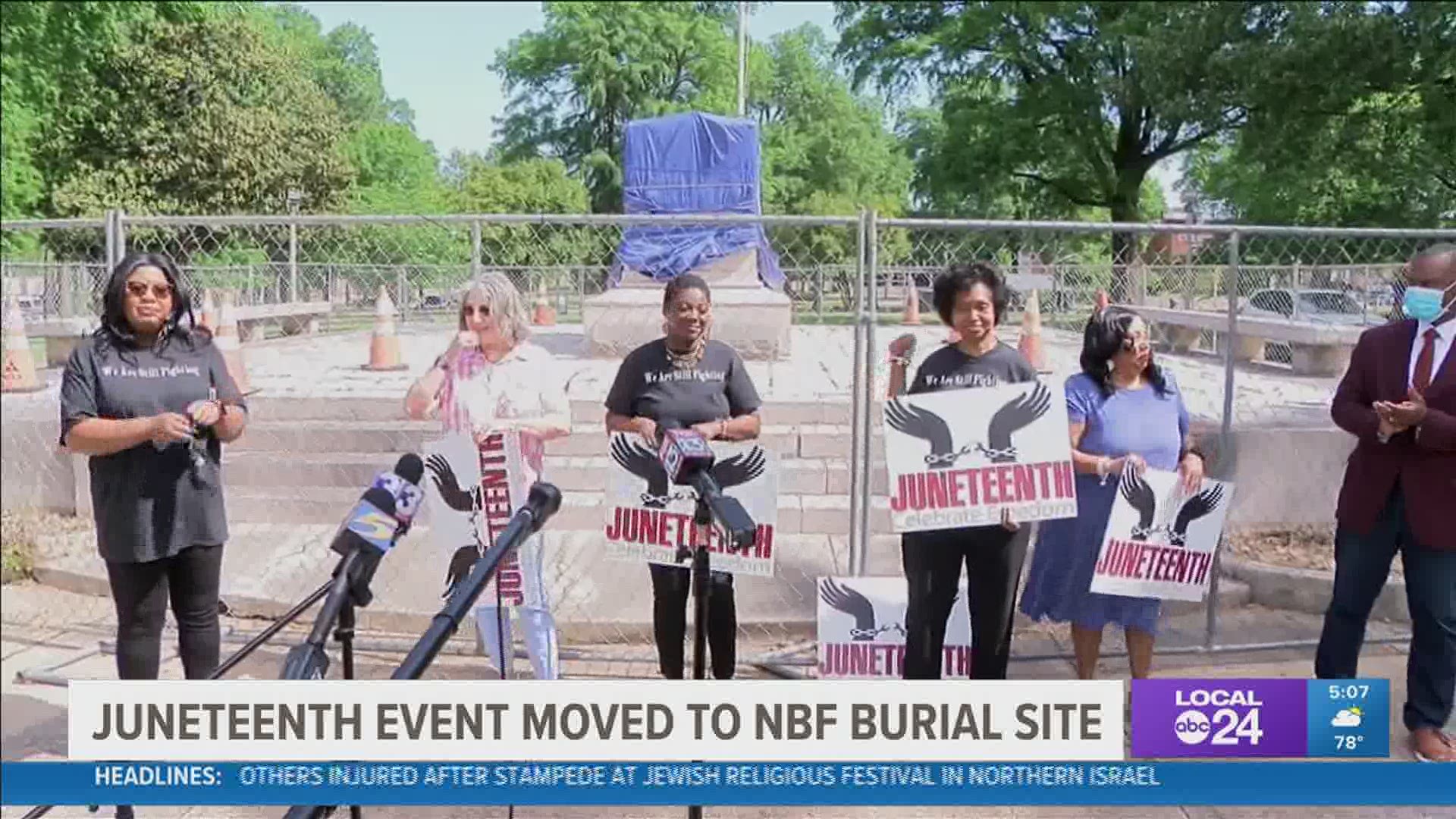 KNOXVILLE, Tenn. — The Dr. Martin Luther King Jr. Commemorative Commission in Knoxville is planning two events to honor him and commemorate the effective end of slavery in the U.S. during Juneteenth celebrations.

The MLK Commission will be sponsoring two events, and the theme this year is “A Legacy of Righteous Purpose, Social Justice, and Racial Equality”.

The MLK Commission's 2021 Leadership Awards Luncheon will be held on Thursday, June 17 at noon at  the Knoxville Botanical Garden on 2743 Wimpole Avenue. Reverend Dr. William Terry Ladd III, minister at First Baptist Church in Chattanooga, will be the keynote speaker. Face masks and social distancing will be required. You can purchase tickets to the event at this link.

Then on June 19 at 1 p.m., the commission and the Beck Cultural Exchange Center will hold a free Juneteenth Celebration at the World's Fair Park Festival Lawn.

Rev. Daryl Arnold from Overcoming Believers Church will be the keynote speaker. The Carpetbag Theatre will be performing an excerpt from their production COVID Stories: When the Hugs Went Away. Knoxville's Poet Laureate Rhea Carmon will also make an appearance along with several other stage performers.

The event is free and open to the public, and will be held rain or shine under a tent. CDC COVID-19 guidelines will be in place. Mike’s Food Truck will be on location, and One Knox Legacy Coalition will be present to disseminate voter registration information.

Juneteenth is a portmanteau of June the 19th. It wasn't until June 19, 1865 that many African Americans were finally informed that they were set free and that they had been liberated by the Emancipation Proclamation, years after the proclamation actually went into effect on January 1, 1863.

Major General Gordon Granger led Union soldiers into Galveston, Texas to bring news that the Civil War had ended. Granger also read an order that stated, in accordance with the Emancipation Proclamation, that all enslaved people are free and that former slave owners and enslaved people have equal personal and property rights.