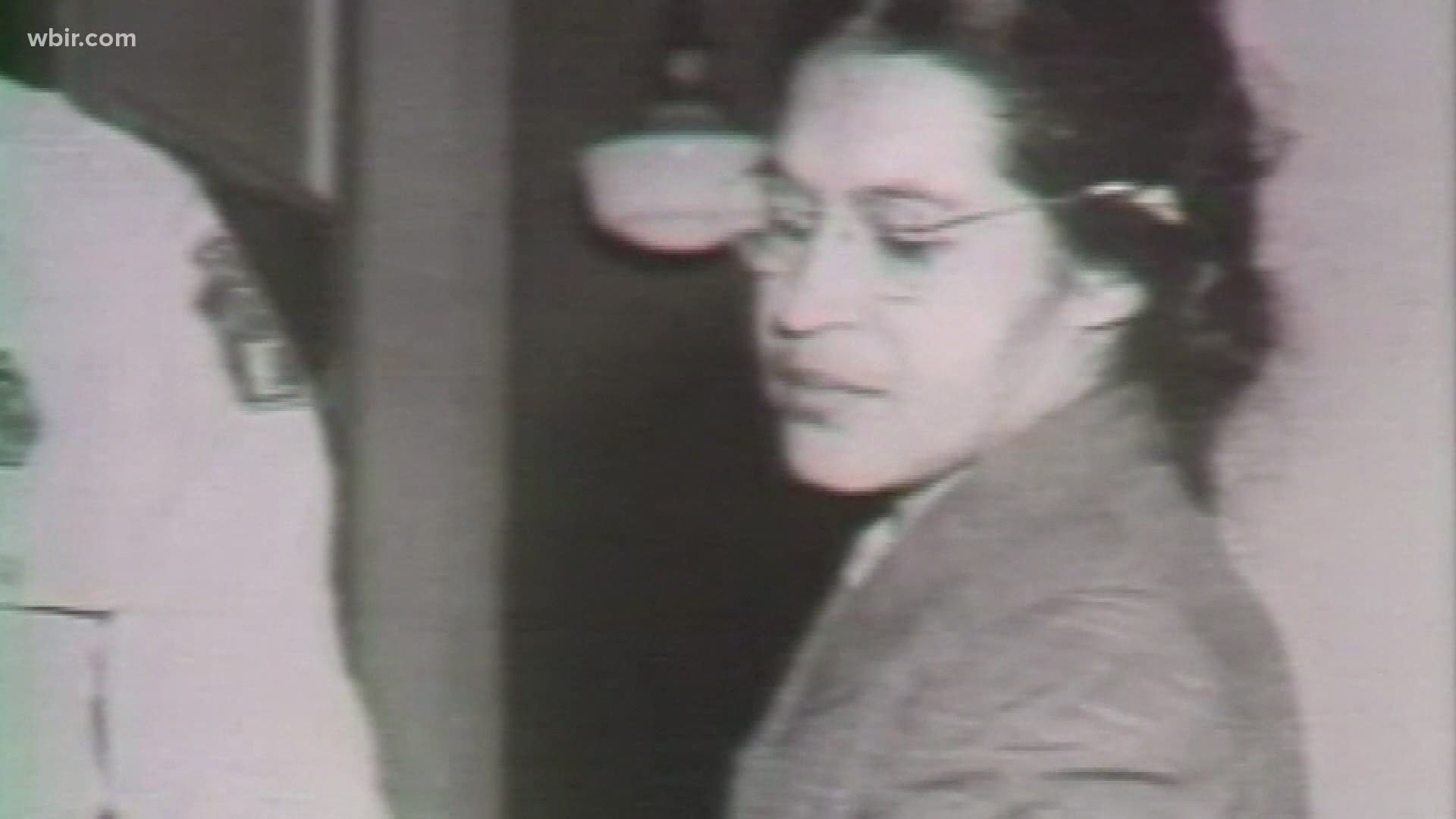 KNOXVILLE, Tenn. — Tuesday, December 1 marks 65 years since Rosa Parks refused to give up her bus seat in Montgomery, Alabama.

In honor of her memory and the important contributions she made in the fight for racial justice and equality, the city of Knoxville is keeping one seat open on every KAT bus.

On December 1, 1955 -- Parks was arrested after refusing to give up her bus seat to a white man in Montgomery. The move left to the Montgomery Bus Boycott, a 381-day boycott of the city's transit system by African Americans. It would later lead to a Supreme Court ruling declaring segregation on public transportation unconstitutional.

"Rosa Parks’ seemingly small act of courage in the fight for racial justice had enormous consequences,” says Isaac Thorne, Director of Transit for the City of Knoxville. “We honor that courage and the work of past civil rights leaders, while recognizing the responsibility we all have to continue to advance efforts to achieve racial equity across our city and our nation."

Here are some facts about that moment:

1. Parks wasn't the first. Fifteen-year-old civil rights activist Claudette Colvin came before Parks in making news for being dragged off a bus and jailed for not giving up her seat, but she was pregnant at the time and the NAACP didn't think she could get the support of conservatives to spark a movement. That's where Rosa Parks came in.

2. She was an activist. Parks was a seamstress by trade, but was deeply active in the NAACP and Montgomery Improvement Association, working to improve civil rights in her community. Her Dec. 1 action of refusing to give her seat in the black section of the bus to a white man was calculated, but not planned for that time. "I got on it to go home," Parks has said.

3. Parks knew the bus driver. The driver was James Blake, who had a reputation for treating black passengers without dignity. More than a decade earlier, Blake stopped Parks from entering the front of the bus, telling her to use the back entrance, then sped away before she got on.

5. It lasted more than a year — and helped galvanize the Civil Rights Movement. After Rev. Martin Luther King Jr., made a speech at Holt Street Baptist Church asking people to join in the fight against segregation, nearly 20,000 passengers boycotted Montgomery’s buses regularly for the 381 days it lasted, and by the end of the boycott — after some bus lines shut down routes to black neighborhoods because they could no longer sustain the costs — more than 40,000 regular riders of the buses were no longer on them.