The new street is called "Taylor Homes Road," named after the housing development and the families who were bought out by the City of Knoxville. 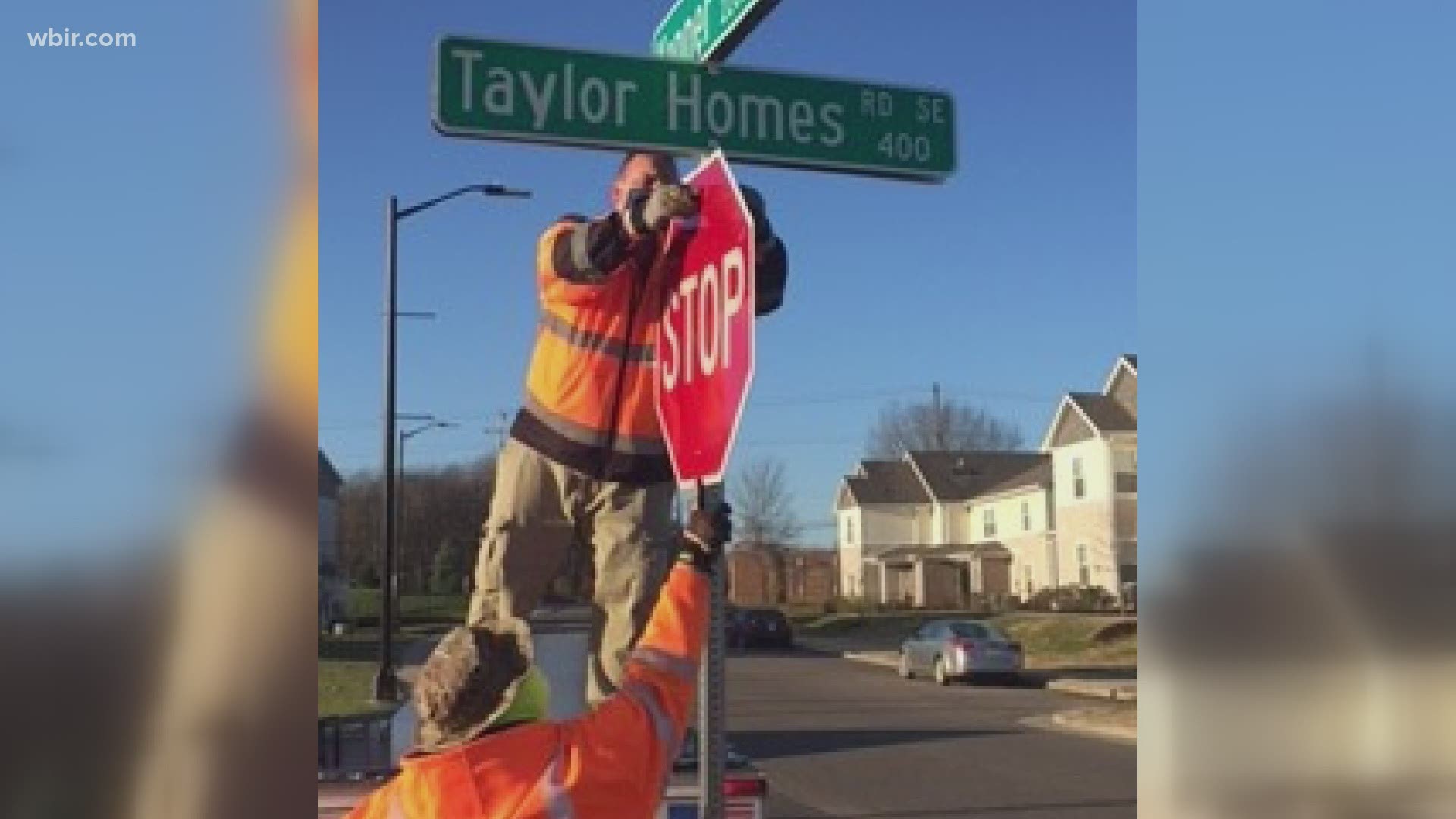 KNOXVILLE, Tenn. — City of Knoxville officials put up a new street sign on Friday to remember the generations of families who lost their homes at the Walter P. Taylor Housing Development.

The new street is now "Taylor Homes Road," named after the housing development. They were located where current downtown destinations are located, as well as Old City and the Civic Coliseum areas. The first people who moved into the development were homeowners.

However, some of the Walter P. Taylor Housing Development was demolished to build up much of Knoxville. The owners were moved to and became renters, and officials said that many never became property owners again.

"They went through all that; losing homes, businesses and property, to how nothing even years later," said Rhachelle Whittington, a community advocate. "Let's not let their sacrifice be in vain."

The new street name is meant to honor the homeowners of those places that were demolished. They were bought out by the city and turned into rental homes, stripping the owners of generation wealth.