The Oak Ridge 85 were the first to integrate public schools in the southeast in 1955. 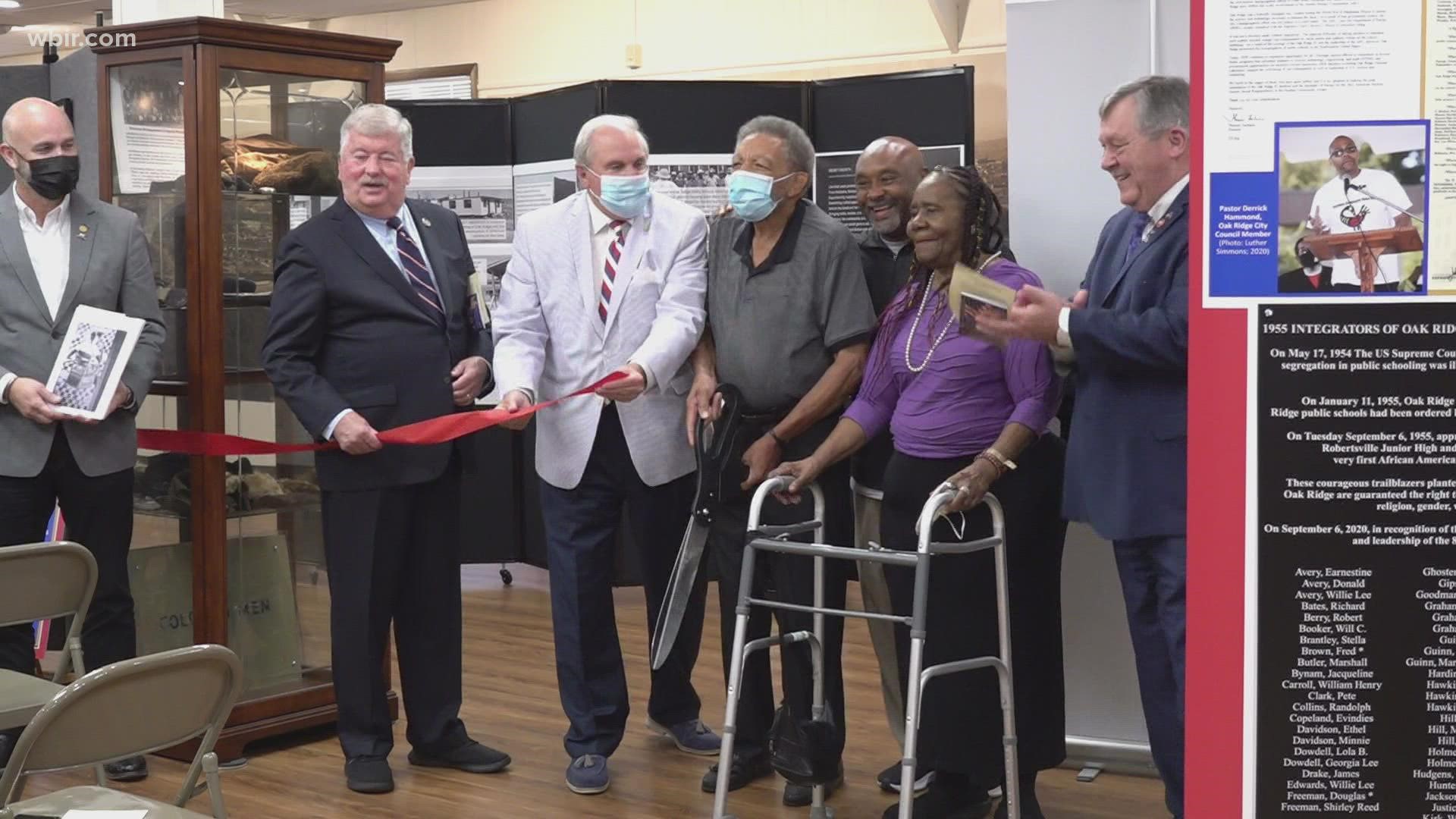 The organizing committee said it is about coming together as a community.

The exhibition will run throughout the month of September. The Oak Ridge History Museum is located at 102 Robertsville Road in Oak Ridge.

During the ribbon-cutting, the organizing committee also announced the Oak Ridge 85 and the Secretary of Energy had been recognized with the Social Responsibility in the Nuclear Community Award, a national civil rights award from the American Nuclear Society.

Credit: Elizabeth Sims
The Oak Ridge 85 and the Secretary of Energy were recognized with the Social Responsibility in the Nuclear Community Award by the American Nuclear Society.