Because the bear threatened the man's property and showed no fear, TWRA spokesperson Matt Cameron said the shooting appeared to be justified. 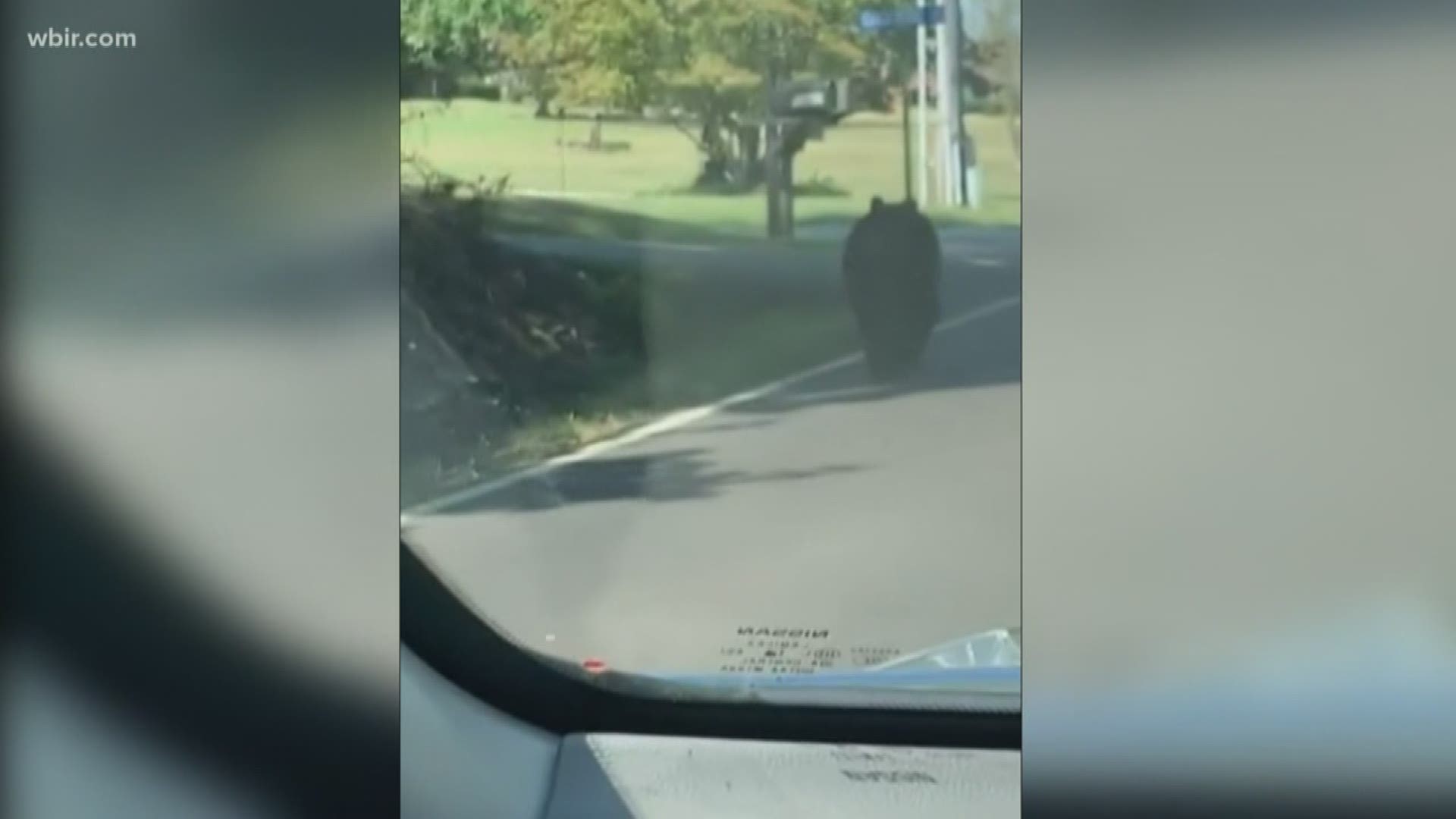 LOUISVILLE, Tenn. — Wildlife officers said a Blount County man shot and killed a black bear that was threatening a dog.

Daniel Blankenship told a wildlife officer that the bear showed no fear of humans. He said he fired a warning shot, but instead of scaring the bear away, it came closer. After that, he fatally shot the bear.

The incident happened at Blankenship's home off Big Springs Road in Louisville.

An off-duty officer was also at the home and confirmed what Blankenship said.

Because the bear threatened the man's property and showed no fear, TWRA spokesperson Matt Cameron said the shooting appeared to be justified.

Wednesday was just like any other day for Ashleigh Walbrown.

"My stepmom and I were driving down the road going to get some food," she said.

Until she saw something in the corner of her eye and asked to turn around. At first it looked like a pet.

Or a cow, which you'll find a lot of on that road.

But instead, it was a big black bear.

"We turned around and there was this big bear walking through someone's front yard," said Walbrown.

Several startled neighbors caught the bear on camera wandering through yards and on the road.

"It was just walking around minding its own business," she said.

when Walbrown returned a few minutes later from the store she heard from neighbors that several gunshots were fired and the bear was killed. She was sad to hear of the bear's passing, but glad no one got hurt.

"You never think you're gonna walk on your porch and there's gonna be a big bear standing right there. It was freaky but cool to see it," she said.

RELATED: Bear breaks into house, leaves by pushing through wall ‘like the Kool-Aid Man’