KCSO: Body of missing woman identified after it was found in South Knoxville 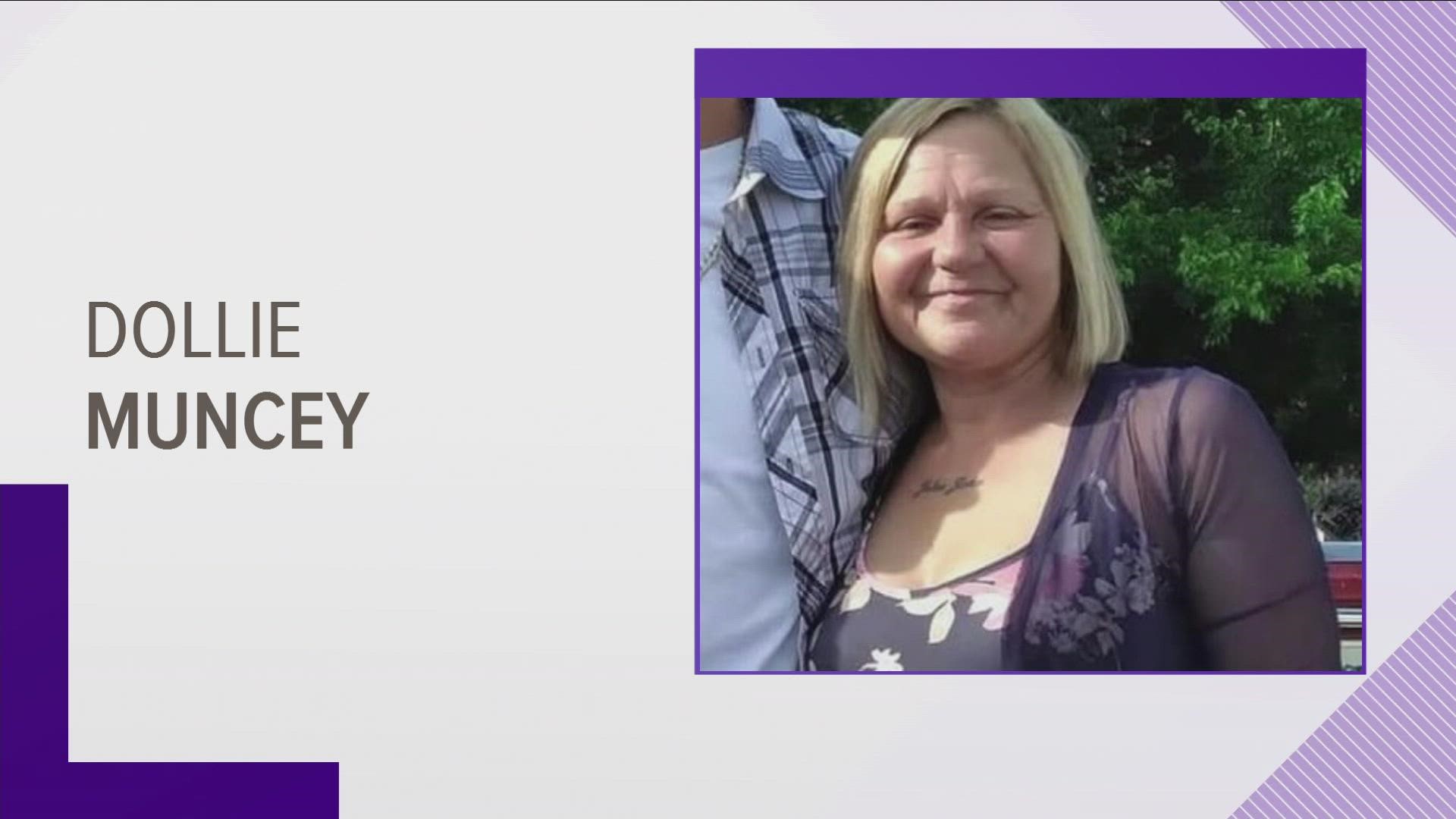 KNOXVILLE, Tenn. — The Knox County Sheriff's Office said Tuesday that they identified the body of a woman who was reported missing on September 27.

They said that she was identified as Dollie Kay Muncey, 45, who was last seen at her residence in the 1100 block of Valley Drive on Wednesday, Sept. 22, according to the Knoxville Police Department.

On Sept. 28, the Knox County Sheriff's Office said they found her body near the wood on Mount Olive Road.

It is unknown when or how she left her residence, KPD said. The investigation into her death is being conducted by the Knox County Sheriff's Office Major Crimes Unit.

Muncey is 5 feet 2 inches and weighs 175 pounds. She has hazel eyes, brown chin-length hair and a prominent tattoo on her chest that says, "John-John," according to KPD.

If you or anyone you know has information about the whereabouts of Muncey, please contact the East Tennessee Valley Crime Stoppers at 1-800-222-8477 or online at easttnvalleycrimestoppers.org.