Visitors are unlikely to notice much difference in a new donation box in the Great Smoky Mountains. But the new design could save thousands in repairs. 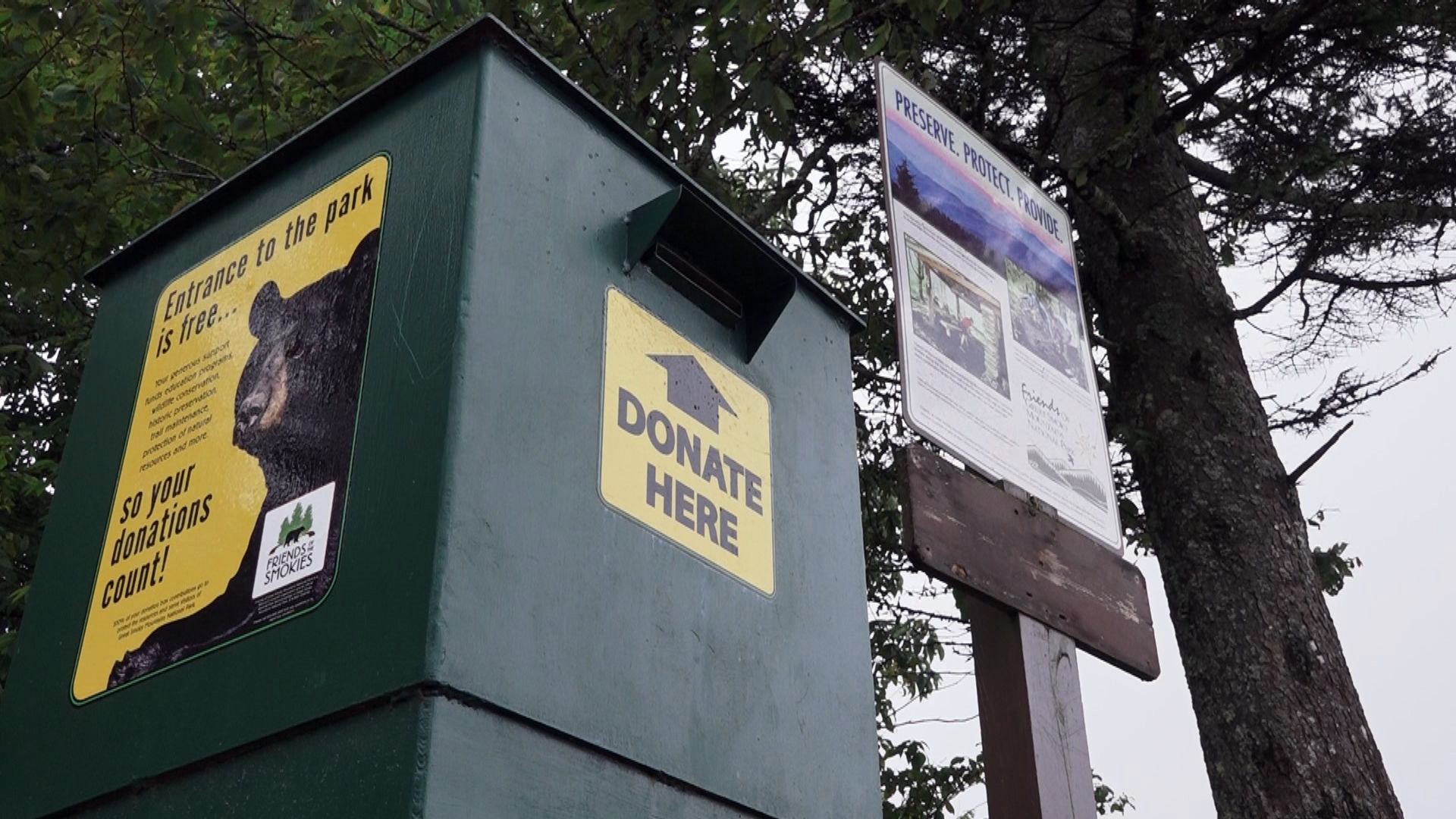 GATLINBURG, Tenn. — The Great Smoky Mountains National Park is one of the few large parks in the country with no admission charge.  The park relies heavily on help from non-profit organizations and donations from visitors to fund many projects.

The pennies pitched in at donation boxes installed throughout the Smokies pay for all kinds of projects.  But collecting cash also comes with a cost because the outdoor boxes take a beating from Mother Nature and millions of visitors.

"These boxes are a really important source of revenue for the park. We try to keep them in good shape, painted, and working well," said Brent McDaniel with the non-profit Friends of the Smokies.  "When we have to close a box to repair damage, it's not a quick fix and the park is missing out on donations."

Repairs take a long time because every existing box was custom-built from heavy steel.  No two boxes are the same.

"All of them are a little bit different. That means if we need replacement parts, we can't just swap it out with something we have on-hand," said McDaniel.

In 2017, Friends of the Smokies teamed up with Tickle College of Engineering at the University of Tennessee.  Students designed and built a prototype that would maintain the same tight security as the old boxes that have kept donations safe for decades.  They also made the box stronger, less expensive to manufacture, and created precise measurements for interchangeable parts.

The new boxes are able to be repaired faster and for less money.  Old boxes cost $3,000 to replace. The new design can be manufactured for roughly $2,000.

The first of the newly-designed boxes is now installed at Newfound Gap.  So far, it has worked without any issues.

"We're testing the design at Newfound Gap this year. Once we see if anything else needs to be tweaked, we eventually want to replace all the older boxes with the new design," said McDaniel.

A successful universal design could also serve as a blueprint for donation boxes across the country.

"It's potentially something that could have a wide reach in our national parks system and help individual parks," said McDaniel.

A design that can weather the elements to keep out rain, insects, and thieves is important to ensure visitors are confident their charity will make a difference.

"I think it's important to know that when you come in and make a donation at one of these boxes, that money is going towards the park," said McDaniel.  "That is the great thing about these boxes is every dollar goes to programs in the park."

The non-profit Friends of the Smokies does not use any money from donation boxes for its own expenses.  All money donated at boxes goes directly to park programs.

There are several deterrents to would-be thieves bey including the physical difficulty of breaking into the box, patrols by Park Rangers, and web cameras in areas where donations are collected. The money collected is also removed daily.