The jury found Boyd guilty of the deaths of Chris Newsom, 23, and Channon Christian, 21, in January 2007. 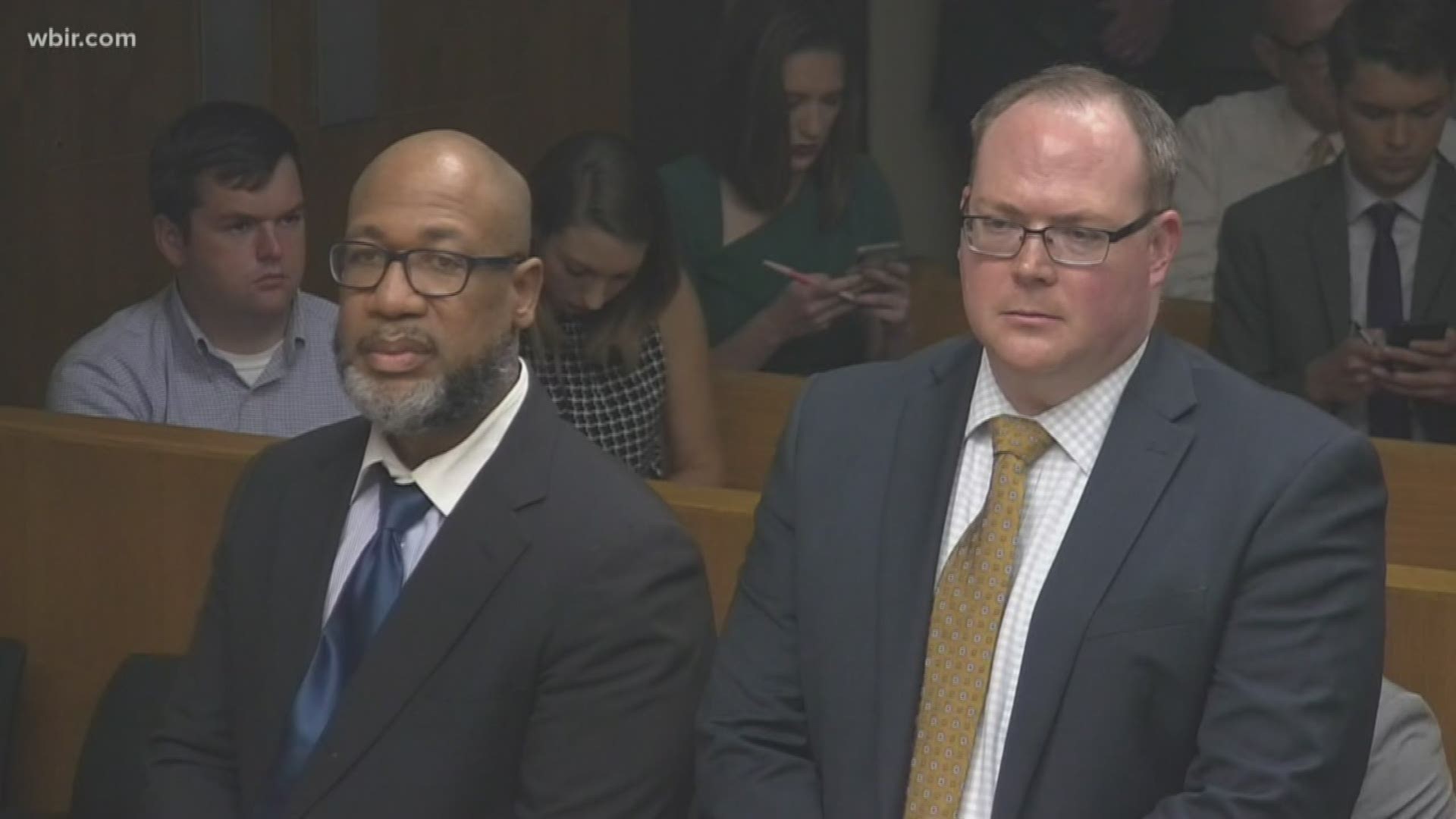 KNOX COUNTY, Tenn. — Twelve years after the murder of a young Knox County couple, Eric D. Boyd, 47, has been found guilty of all charges against him.

The jury found Boyd guilty of 36 charges in the deaths of Chris Newsom, 23, and Channon Christian, 21, in January 2007. He was found guilty on all charges including kidnapping, rape and murder. He was found guilty on lesser charges on two counts, with the jury finding him not guilty of especially aggravated robbery but instead guilty on aggravated robbery. That's the charge that the jury asked for clarification on just before lunch.

The judge merged all of the 18 murder charges against Boyd together and gave him the automatic sentence of life in prison with the possibility of parole.

He set a Sept. 18 date for Boyd to be sentenced on the remaining charges.

1 / 9
Brianna Paciorka/News Sentinel
Eric Boyd looks at the jury after it found him guilty of the murders of Channon Christian & Christopher Newsom on Tuesday, August 13, 2019.

As the verdict was being read, Boyd stood in the courtroom, hands clasped in front of him, showing no emotion.

Family members of Channon and Chris, who have been through seven trials before this, did show emotion. Some crying, others with their heads down as the verdict was read.

After court was dismissed, the families said they felt like justice had finally been served for their kids. It's taken twelve years. 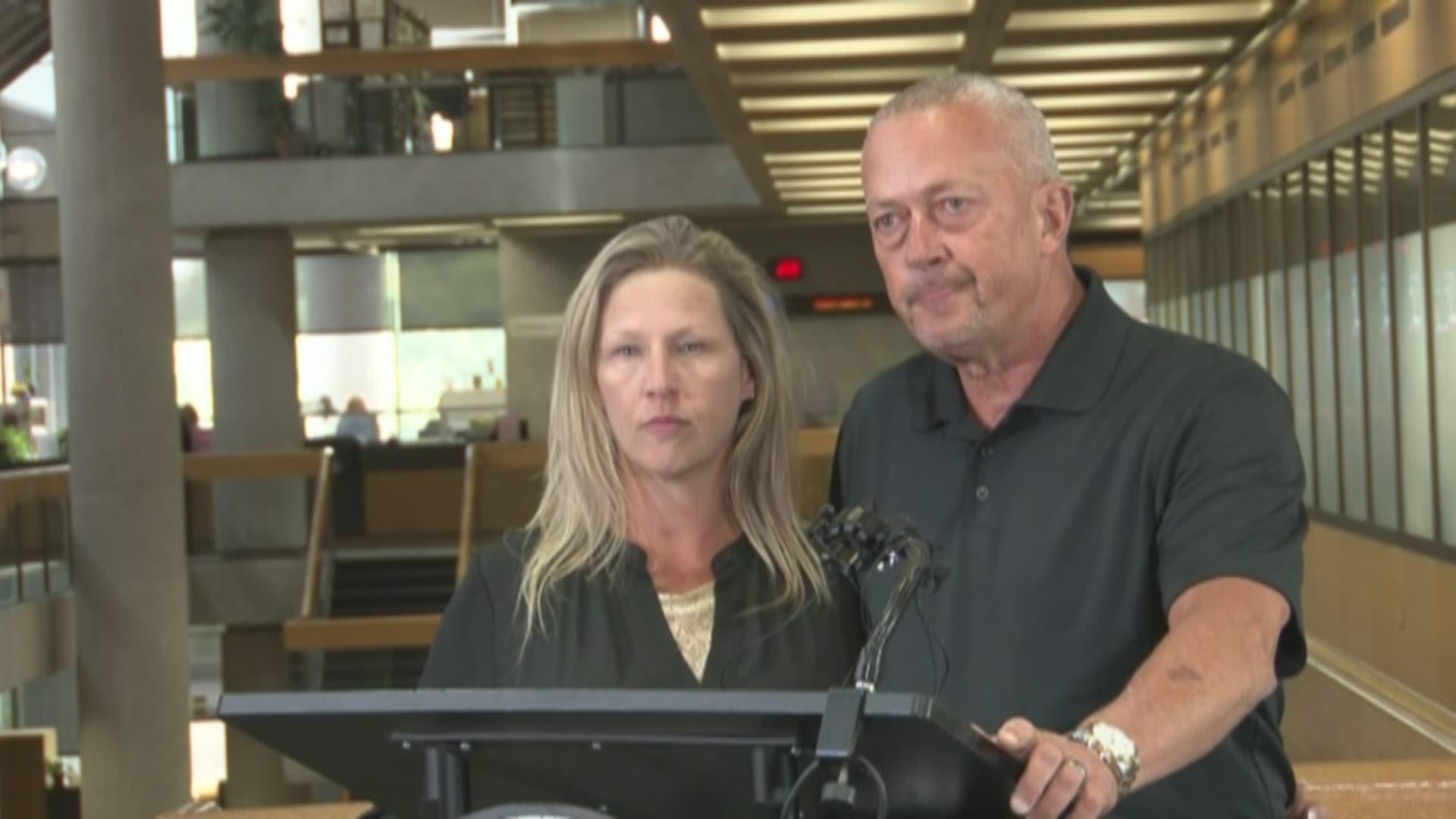 “We got ‘em all. Best we can. And that’s what I promised my daughter,” said Gary Christian. 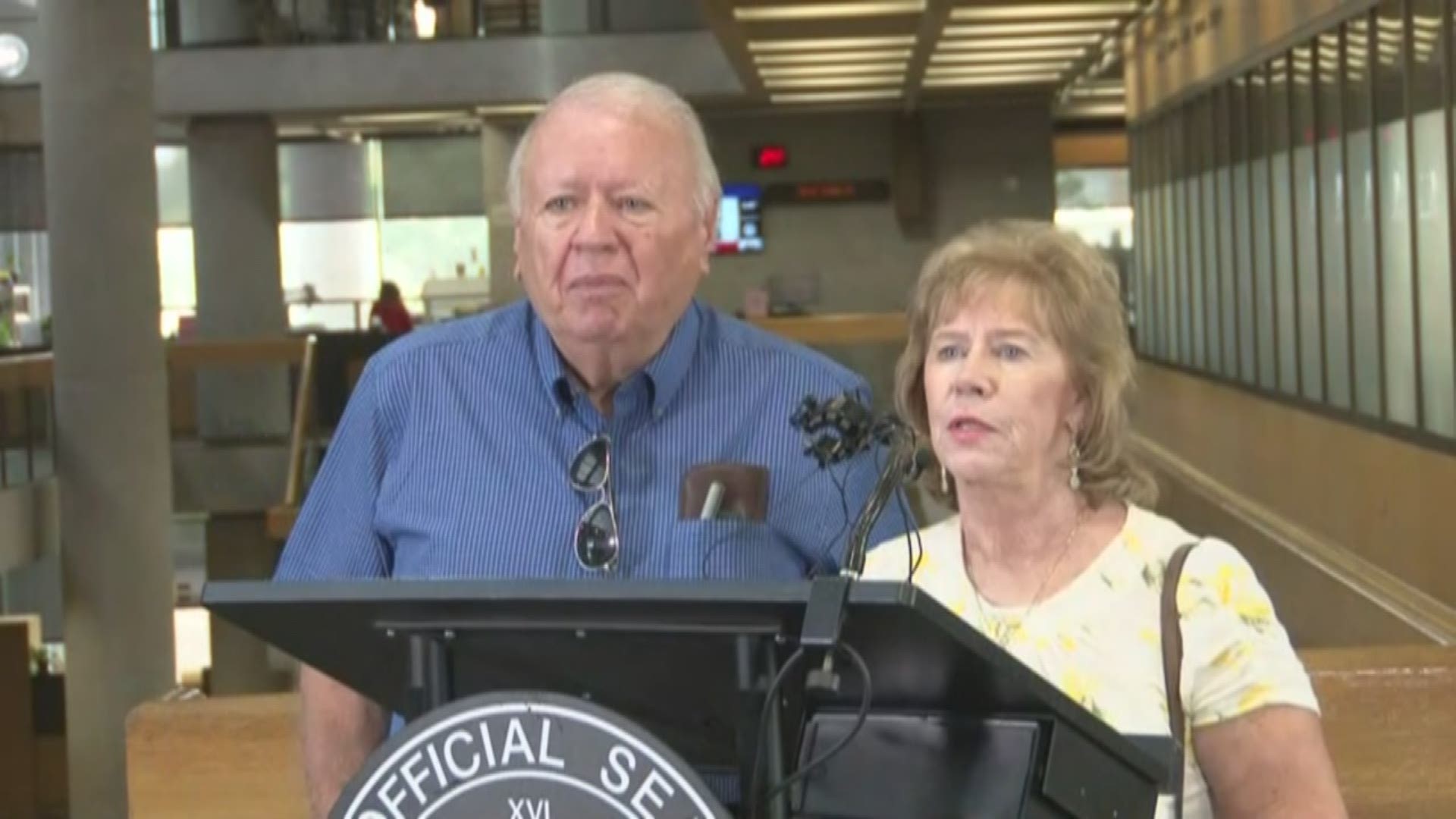 "I can go to my grave knowing that I fought a good fight," said a tearful Hugh Newsom.

“I do believe justice was served today, yes, but it’s never going to go away for us.,” said Deena Christian. "We'll fight for the rest of our lives trying to keep him in jail." 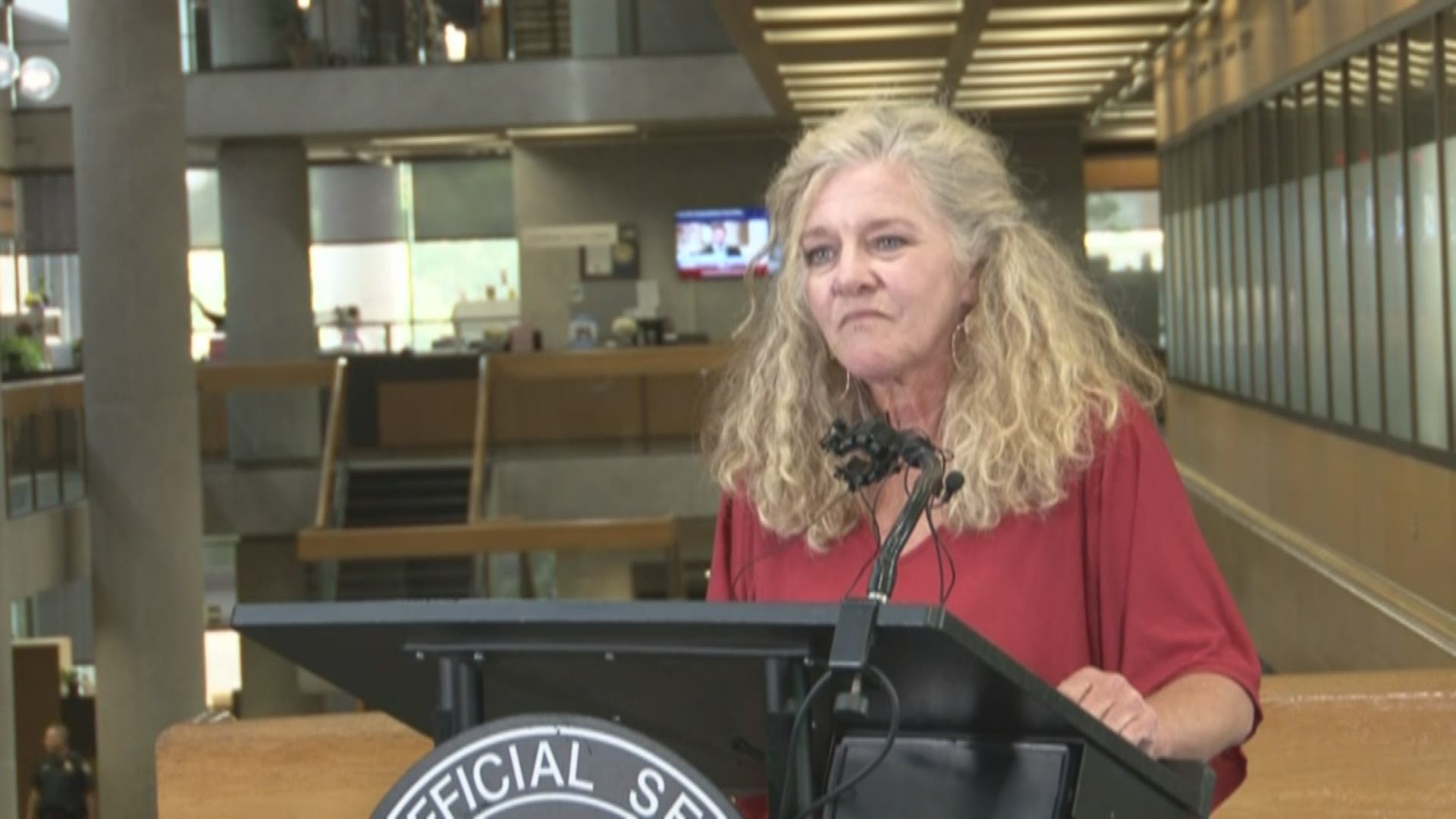 It's been a long, difficult road for both of these families. They've now been through a total of eight trials, and countless court hearings. But for them, it's all been worth it to now see all five people now sentenced for their parts in the murders.

"This is the closure that we've been looking for. It will never bring Chris back, but it is closure," said Mary Newsom, who has always thought that Eric Boyd was the one that brutalized her son.

Both families thanked the jury for its hard work and making what they felt was the right decision. They also thanked the Knox County District Attorney General's office for its diligence over the years, and the community for all the support they'd received. 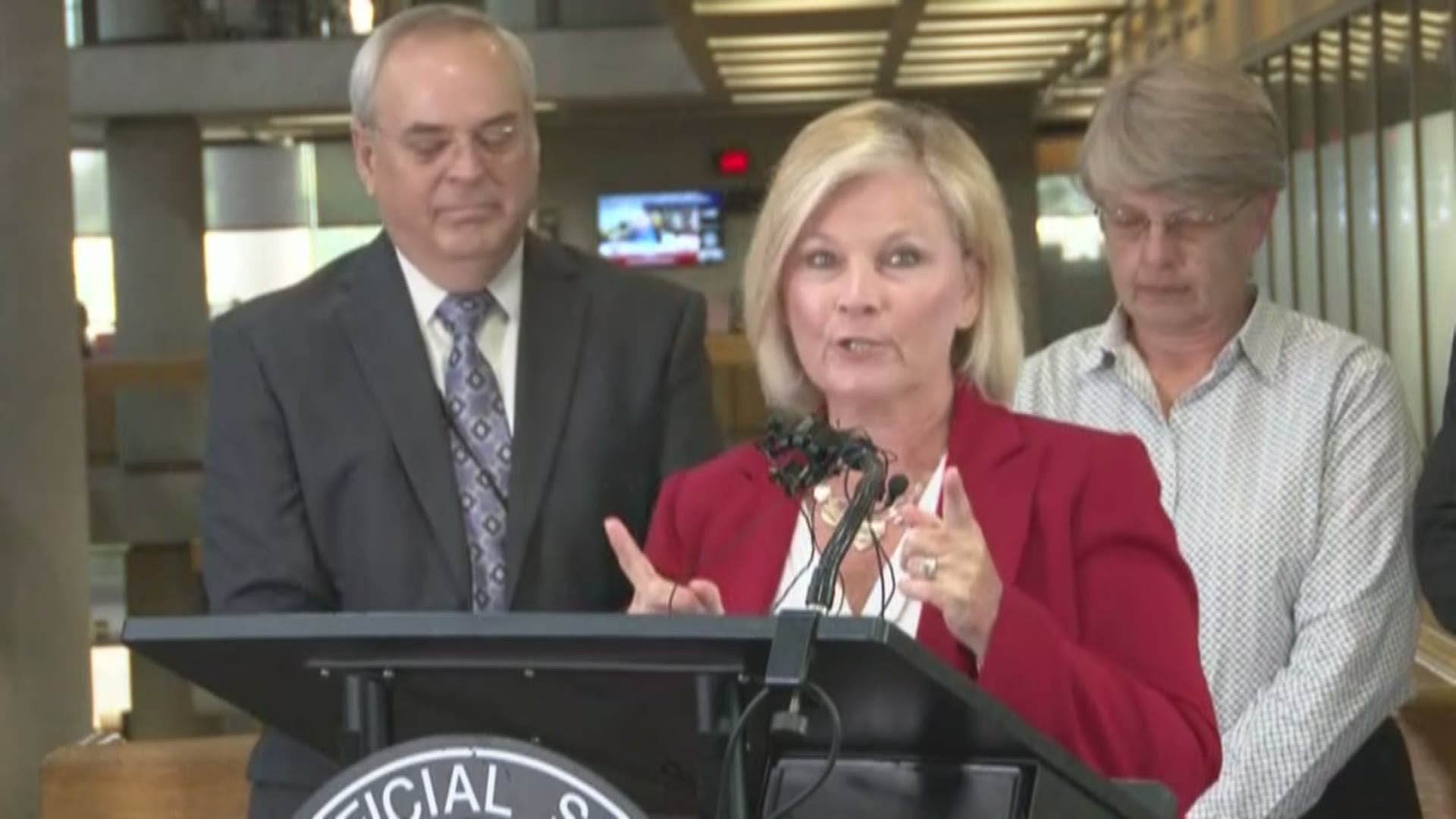 "Well, this day has been a long time coming for the Christian and the Newsom families. It’s been 12 long years as they fought the fight to seek justice for their children. And I want to thank them for standing with us throughout that time. They pushed us. We pushed back, we pulled, we pulled together," said Knox County District Attorney General Charme Allen.

In addition to the family, Allen thanked her prosecutors, TK Fitzgerald, Phil Morton and Leland Price for their hard work, and singled out KPD investigator Todd Childress, who she said never gave up.

This trial was important to all of them.

"And these victims, these families deserve every minute of every hour that they worked. I am very happy to be standing here today to say that I feel like, at this point, we have finally sought justice for this family. And I hope that we've given you some small measure of comfort and closure to this long horrific ordeal," she said.

She also sent her appreciation to the jury, for their hard work and dedication over the last week and a half.

The jury deliberated for hours Monday, got a break for the night, then returned Tuesday morning to begin deliberations again. They came back with a unanimous verdict just after 2 p.m. on Tuesday.

The jury began a second day of deliberations on Tuesday at 9:06 a.m. after it ended its deliberations Monday without a verdict. They returned with the verdict just after 2 p.m. on Tuesday.

Earlier, the judge had called the jury back into the courtroom at about 11:50 a.m. because they had a question.

They asked for clarification on the especially aggravated armed robbery charge, specifically if that would apply if the victim was not harmed during that specific act, but was harmed during the rape and murders that occurred afterwards.

The judge said if the harm happened after all the property was taken, then it is not especially aggravated robbery.

After he answered the question, the judge sent the jury off to deliberate through lunch and put the court back in recess.

The jury has been deliberating for about six hours.