Eric Boyd sentenced for his role in Christian-Newsom murders

He faces two life terms for his role in killing Chris Newsom and Channon Christian. The DA wants to stack his other convictions, ensuring he dies in prison. 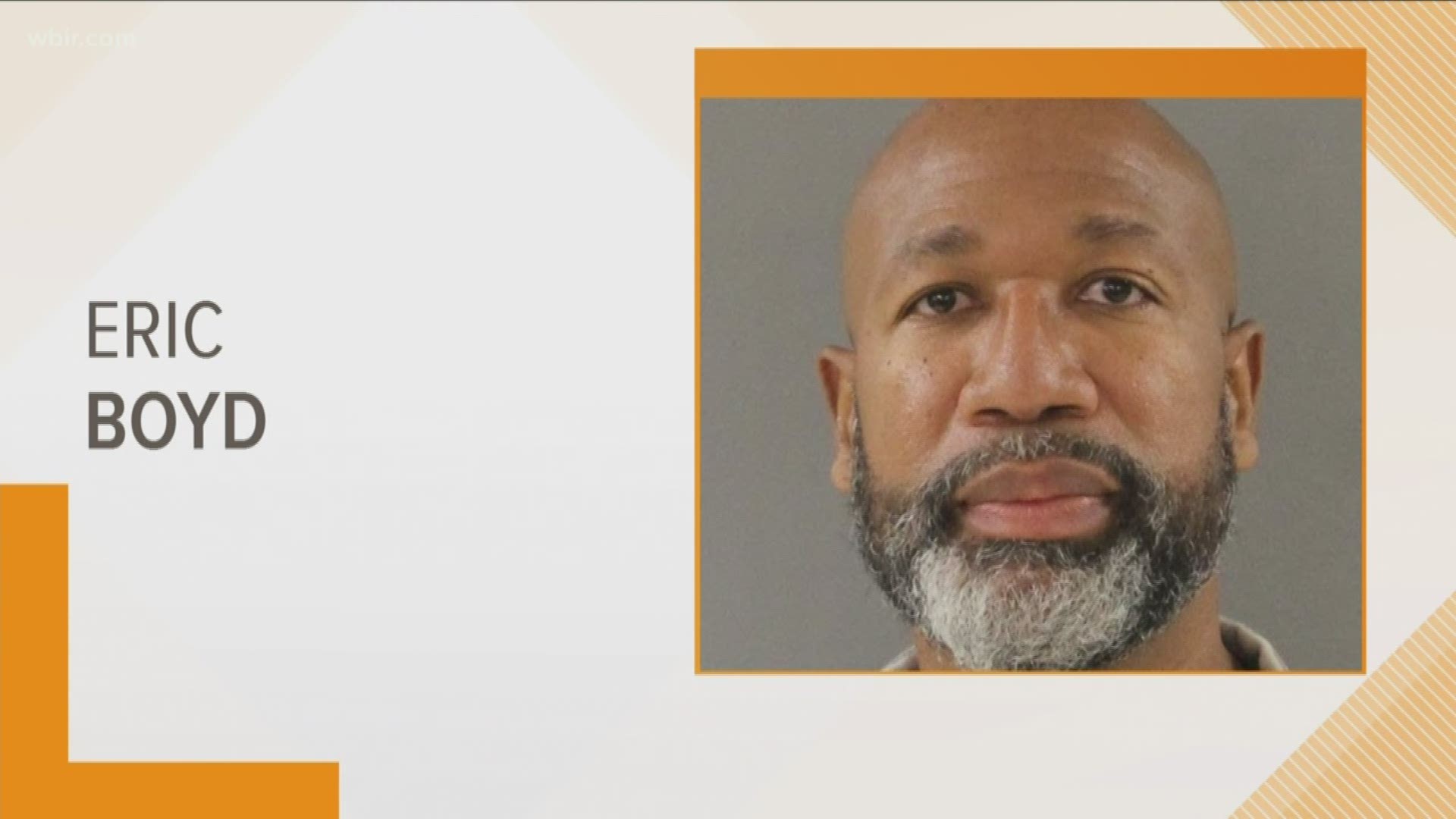 KNOXVILLE, Tennessee — Eric D. Boyd is a lifelong criminal who poses such a threat to society he should never, ever get a chance to live outside prison, Knox County prosecutors argue.

The 47-year-old Boyd, however, insists he'll fight until his convictions in the 2007 kidnappings, robberies, rapes and murders of Chris Newsom and Channon Christian are overturned.

"I regret ever knowing (convicted ringleader Lemaricus Davidson) because I never knew he could be such a savage animal," Boyd told state interviewers last month. "My sentence was not fair because there was no physical evidence to prove I committed any of the crimes I was charged with.

"...I will fight for an appeal. I know an appeal will be granted and my convictions will be overturned."

RELATED: 'We got our man' | Newsoms describe behind-the-scenes work to get Boyd on trial

As required by state law, Knox County Criminal Court Judge Bob McGee automatically imposed a life sentence on Boyd for the killings. On Wednesday, he's set to decide Boyd's punishment in the other counts.

Prosecutors are calling for consecutive terms to be applied in Boyd's case for the especially aggravated kidnappings, aggravated rapes and aggravated robberies of the victims.

Christian and Newsom were about to go on a date the night of Jan. 6, 2007, when Davidson, his brother Letalvis Cobbins and Boyd carjacked them at an apartment complex off Washington Pike.

The young couple were raped at or near Davidson's rental home on Chipman Street. The killers shot Newsom to death and burned his body along railroad tracks near the Chipman Street house.

They left Christian to slowly suffocate after binding her and stuffing her in a trash can in the kitchen of Davidson's rental home.

The Chipman Street home where Channon Christian and Chris Newsom were brought to on January 7, 2007.

Evidence last month at trial showed Boyd, a prison friend of Davidson's, brought Newsom back to the house after the carjacking. Co-defendant George Thomas also testified at trial that he and Boyd forced Newsom to go with them to a remote location near the house where Boyd shot and killed Newsom and then set his body on fire.

After the killers abandoned the rental house, Boyd helped hide Davidson for several days. He then led police to Davidson hiding in an empty house on Reynolds Street.

Boyd is still serving an 18-year federal sentence for harboring Davidson. He's set to finish it in October 2022, according to the federal Bureau of Prisons.

Davidson, Thomas, Cobbins and Cobbins' girlfriend were convicted in a series of trials for their roles in the kidnappings, robberies and killings.

Prosecutors waited until 2018 to pursue murder charges in Knox County against Boyd. Thomas had agreed secretly to testify against Boyd in exchange for a break in his own prison sentence.

Credit: WBIR
Eric D. Boyd, 47, will at last be tried in state court in the killings of Channon Christian and Chris Newsom. Lemaricus Davidson, Letalvis Cobbins, George Thomas and Vanessa Coleman have all been convicted of having a role in the crimes.

The Knox County District Attorney General's Office is asking McGee to run Boyd's sentences consecutive to each other. It's a form typically referred to as "stacking."

If McGee agrees to run Boyd's terms consecutively, Boyd faces scores of additional years in prison, far more than he possibly could survive.

"The defendant is a dangerous offender who has an extensive prior criminal history, and he has devoted his life to criminal activity," the state declared in a sentencing memo filed last week.

Prosecutors conclude in the memo: "The facts of this case coupled with the defendant's extensive criminal history call for an extensive penitentiary sentence."

Like Boyd, defense attorney Clinton Frazier argues there was insufficient evidence to convict him. Thomas played a key role in securing convictions. Little physical evidence linked Boyd to any of the crimes.

Frazier, in a motion for a new trial filed last week, also argues McGee erred in letting a Knox County jury hear the case, which has been heavily covered over the last 12 years.

Boyd grew up in the Mechanicsville area and attended the now closed Rule High School until dropping out after the ninth grade, according to the pre-sentence investigation.

Credit: Brianna Paciorka/News Sentinel
Eric Boyd looks at the jury after it found him guilty of the murders of Channon Christian & Christopher Newsom on Tuesday, August 13, 2019.

"(Boyd) stated he was formerly a member of the Gangster Disciple security threat group," his pre-sentence investigation states. "He said he 'pledges in' at the age of 13. He stated he was no longer an active member. He reportedly 'aged out' and pledged out shortly after turning 40 years old."

Boyd drank and used drugs often starting when he was a young teen. When he was about 16, he reported hearing voices and seeing hallucinations. His LSD use may have aggravated that, he noted.

He's also been treated for anger management problems, according to records.

In his early 20s, Boyd took part in a series of armed robberies of businesses in the Knoxville area. He pleaded guilty along with a co-defendant but when the co-defendant ended up getting a shorter term than him, Boyd appealed.

He spent more than five years in prison for the robberies. It was during that time that he met Davidson.

Boyd also has a conviction for theft in 1993 in the Asheville, N.C., area.

Boyd reported that his mental and physical health are "good," records state.

He last smoked marijuana last year, while a federal inmate, according to the report.

"He stated he has smoked marijuana while in custody," the report states. "He said it was normally on weekends when he could get it in the facility where he was housed."