The walk benefits the Down Syndrome Awareness Group of East Tennessee which provides people with down syndrome and their families medical resources. 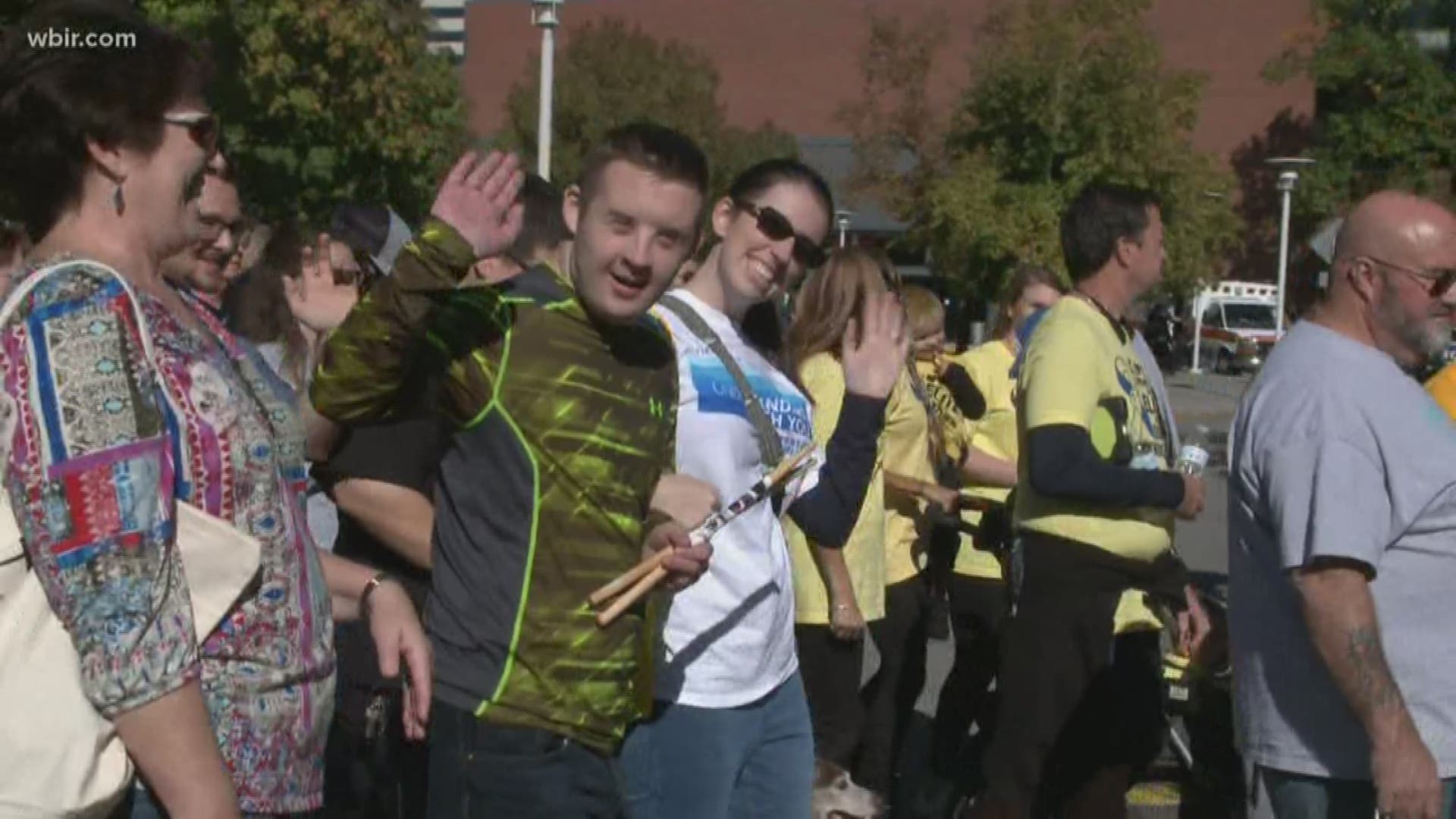 Some people ended their weekend at World's Fair Park for the Knoxville Buddy Walk.

The 23rd annual Buddy Walk for the Down Syndrome Awareness Group of East Tennessee was Sunday. The group provides people with down syndrome and their families medical resources and accurate information about the condition.

The walk is their biggest fundraiser of the year and included performances and a DJ dance party. WBIR is not sure of the exact head count right now, but organizers told us they were expecting at least 1,500 people.

"The fact that there's hundreds of people supporting the Down syndrome community is really encouraging, especially to my son," said Jim Garratt, whose son has Down syndrome. "He loves coming here. This is a big highlight for him. He gets excited about it terribly, so it's fantastic to see this kind of support."