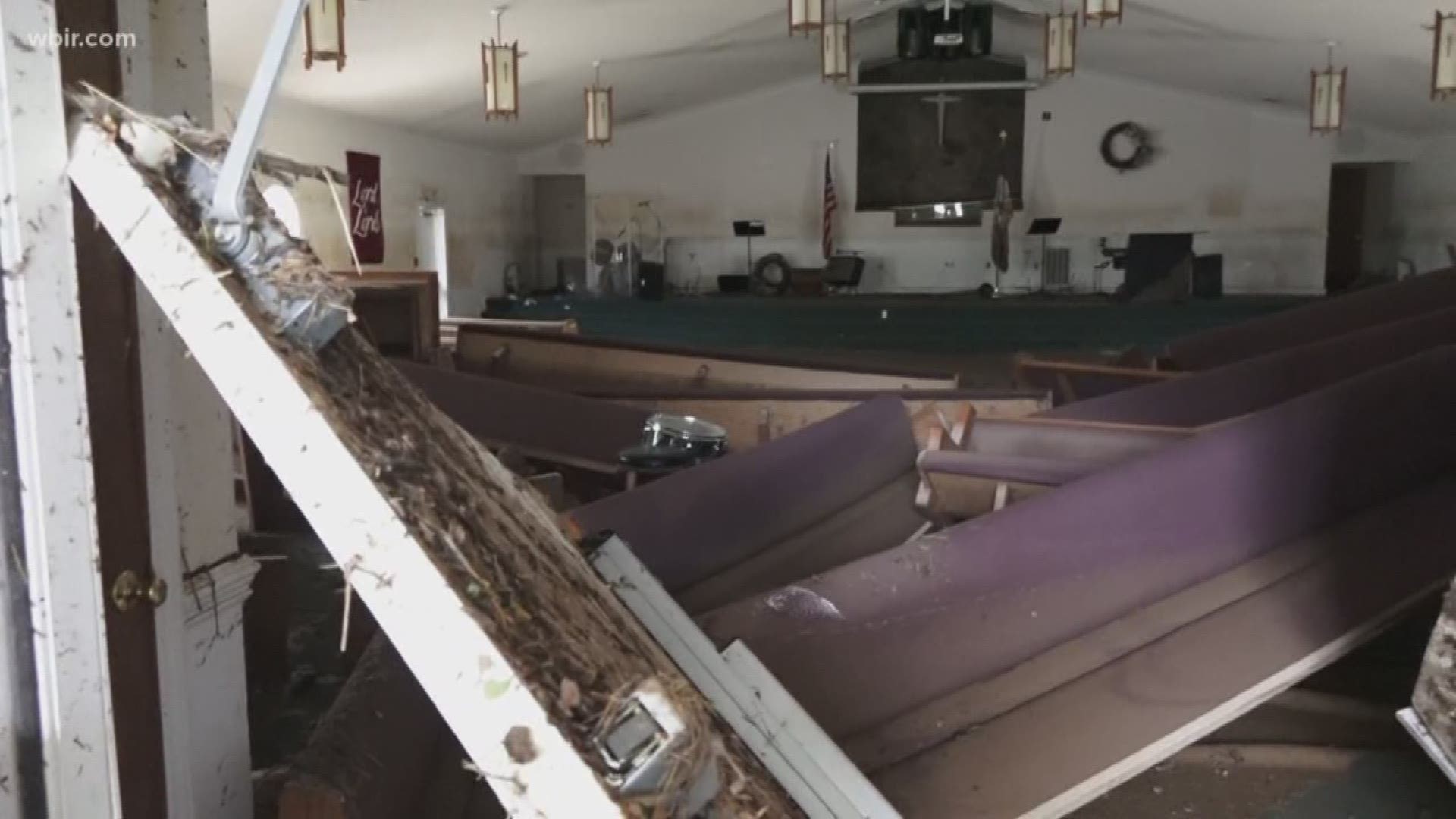 The water that flooded parts of Campbell County is gone, leaving behind mud, trees, and buildings that are completely destroyed. Now, the clean up is just beginning.

Several buildings in LaFollette were condemned by the city Monday, deeming them unsafe for people to be inside.

"Sad is the best description. I’ve never seen anything like it," said Greg Marlow of Faith Way Assembly of God. "It was a disaster. Completely and totally."

The church closed its doors for the final time Monday. Members said it will need to be torn down and built up again.

Inside a sanctuary of worship, faith is all that’s left.

"God built this, he provided this building. He’ll provide the next one. We’ll build back better than ever," said Marlow. "Every kind of help you can imagine has been offered. Folks have come through more than I ever dreamed."

"You can see the waterline," said Marlow. "The pews are literally stacked up half way to the ceiling there where they were once bolted to the concrete floor."

Down the road, more than two dozen people were rescued from a secret safe place for domestic abuse victims when the water rose several feet high. Many were ferried out by boat as the waters destroyed the buildings and cars. The occupants no longer live there and have been relocated to another secret location.

"The force of the water that was going through here at five or six feet deep was enough to move a refrigerator full of stuff," said Scott Hill with Community Health of East Tennessee. "The mattress and the bedspring were taken completely off of the frame. The chest of drawers and the nightstand were picked up and set back down."

Members of the Tennessee Emergency Management Agency were in LaFollette Monday assessing the damage. Anyone with damage to their property is asked to contact LaFollette City Hall.